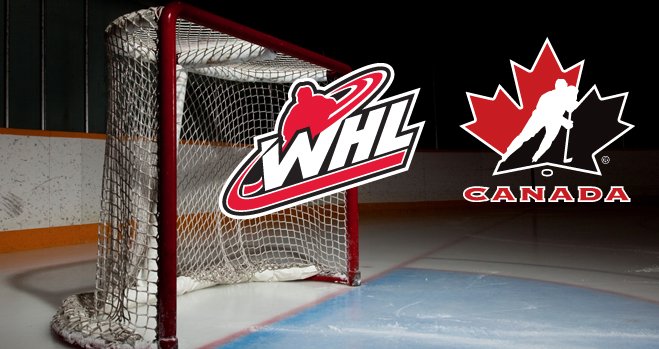 CALGARY, Alta. – Hockey Canada, in partnership with the Canadian Hockey League (CHL), announced Tuesday the 96 skaters who have been invited to attend Canada’s national under-17 development camp, July 29 to Aug. 4 at the Markin MacPhail Centre in Calgary. 29 of the skaters named to the camp are Western Hockey League prospects.

The roster includes 36 defencemen and 60 forwards.

Sixteen under-17 goaltenders have been invited to the Hockey Canada Program of Excellence goaltending camp, June 11-14 in Calgary. From this camp, 12 netminders will be added to the under-17  development camp to complete the roster.

The development camp will serve as part of Canada’s new under-17 structure, focusing on player development. Scouts will continue to watch these players, along with other 1998-born players across the country, and 66 will be selected to represent Canada at the 2014 World Under-17 Hockey Challenge, which is scheduled for Oct. 31 to Nov. 8 in a yet-to-be-determined location. The tournament will be the first to feature three Canadian national teams (Black, Red and White). From 1986 to 2014, Canada was represented by five regional teams: Atlantic, Ontario, Pacific, Quebec and West.

“At Hockey Canada, we are very excited about the possibilities that lie ahead within our national teams with the changes we have instituted at the under-17 level,” said Scott Salmond, senior director, hockey operations with Hockey Canada. “It is our intention to identify potential national team players at an earlier age and have them play together more often.”

For more information on the 2014 World Under-17 Hockey Challenge, please visit www.hockeycanada.ca/wu17, or follow along via social media at www.facebook.com/worldu17 or www.twitter.com/hc_wu17.