Episode 9 of the WHL Podcast checks in with Stanley Cup champion Andrew Ference (WHL Alumni – Portland Winterhawks) and heads out to the East Coast to catch up with former Moose Jaw Warriors captain Sam Fioretti. 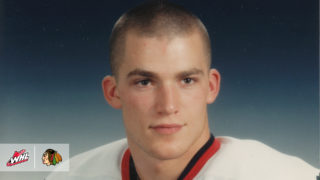 Ference 41, is currently employed as the NHL’s Director of Social Impact. Named to this position in March 2018, he is responsible for assisting with community-based grassroots and fan development growth efforts for the NHL.

Once upon a time, the product of Edmonton suited up for the WHL’s Portland Winterhawks (1995-96 to 1998-99), winning a WHL Championship and Memorial Cup in 1998. During the 1998-99 WHL season, he was presented with the Doug Wickenheiser Memorial Trophy as WHL Humanitarian of the Year.

Selected by the Pittsburgh Penguins in the eighth round (208th) of the 1997 NHL Draft, Ference enjoyed an outstanding NHL playing career, which included 17 seasons, 907 games played, and a Stanley Cup championship with the 2011 Boston Bruins. 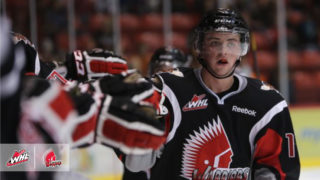 Fioretti, 27, is at Dalhousie University pursuing his Masters of Business Administration after having utilized his WHL Scholarship to complete a Biology degree while playing U SPORTS hockey at Acadia University.