Episode 26 of the WHL Podcast takes to the skies with Vancouver Giants goaltender Trent Miner, a prospect of the Colorado Avalanche. We also hear from WHL Next Step stars Marc Lajoie of the Tri-City Americans, and Spokane Chiefs blueliner Graham Sward. 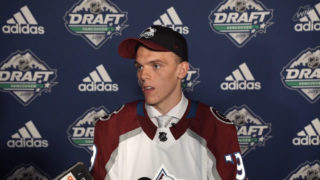 A 19-year-old product of Brandon, Man., Trent Miner spent his pandemic time working on a unique skill. Selected by the Colorado Avalanche in the seventh round (202nd overall) of the 2019 NHL Draft, Miner has appeared in 69 career WHL regular season games, securing a record of 41-20-3-2 with a 2.56 goals-against average, .909 save percentage and four shutouts. 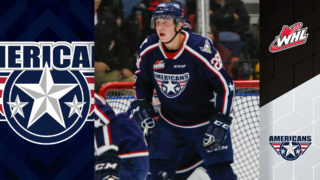 A 17-year-old product of St. Albert, Alta., Marc Lajoie was originally selected by the Americans in the first round (14th overall) of the 2018 WHL Draft. He made his WHL debut during the 2019 WHL Playoffs, skating in three games with the Ams, before joining the Club on a full-time basis for the 2019-20 season where he collected 13 points (8G-5A) in 63 games. 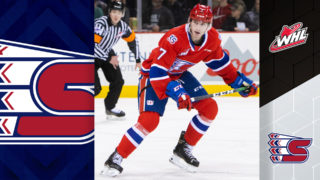 A 17-year-old product of Abbotsford, B.C., Graham Sward was originally selected by the Chiefs in the first round (17th overall) of the 2018 WHL Draft. Sward got into his first WHL game during the 2018-19 regular season, where he recorded his first goal in his debut. Joining the Chiefs full-time in 2019-20, he earned 17 points (2G-15A) in 55 appearances, and also represented Canada White at the 2019 World Under-17 Hockey Challenge.