Episode 24 of the WHL Podcast features one of the most recent WHL players to sign an NHL entry-level contract, as Carson Focht of the Calgary Hitmen joins the show to discuss signing with the Vancouver Canucks. We also hear from a pair of promising prospects as Brendan Lisowsky of the Saskatoon Blades and Rylen Roersma of the Brandon Wheat kings join the show. 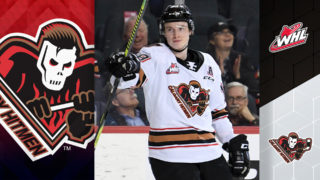 A 20-year-old product of Regina, Sask., Carson Focht was selected by the Vancouver Canucks in the fifth round (133rd overall) of the 2019 NHL Draft in Vancouver. The two-way forward signed his NHL entry-level contract with the Canucks on January 6 and is expected to suit up for the AHL’s Utica Comets this season. Originally selected by the Tri-City Americans in the first round (seventh overall) of the 2015 WHL Draft, Focht skated in 262 career WHL regular season games, amassing 161 points (74G-87A). 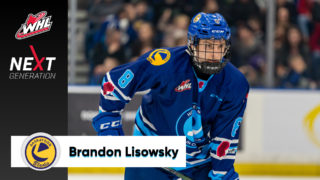 A 16-year-old product of Port Coquitlam, B.C., Brandon Lisowsky was selected by the Saskatoon Blades in the first round (ninth overall) of the 2019 WHL Draft. He made his WHL debut in 2019-20, getting into two games with the Blades, and otherwise spent his campaign with Burnaby Winter Club Prep of the CSSHL U18 league, registering 19 points (7G-12A) in 13 games. 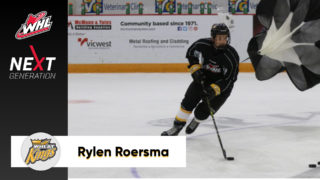 A 16-year-old product of Lethbridge, Alta., Rylen Roersma was one of three forwards selected by the Brandon Wheat Kings in the first round of the 2019 WHL Draft, going 16th overall. Roersma spent the 2019-20 season with the Lethbridge Hurricanes U18 AAA squad, skating in 29 games and collecting 22 points (9G-13A).