Episode 22 of the WHL Podcast features recently-signed Tampa Bay Lightning prospect Gage Goncalves of the Everett Silvertips. We also hear from a pair of promising blueline prospects as Denton Mateychuk of the Moose Jaw Warriors and Kevin Korchinski of the Seattle Thunderbirds join the program. 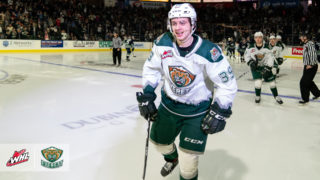 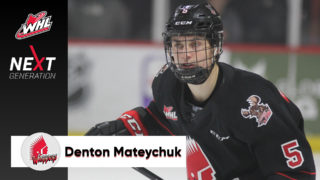 A 16-year-old product of Dominion City, Man., Mateychuk was selected by the Moose Jaw Warriors in the first round (11th overall) of the 2019 WHL Draft. He debuted with the Warriors in 2019-20, seeing action in seven regular season contests and tallying two points (1G-1A) along the way. The remainder of his season was spent with the Eastman U18 AAA Selects, where he posted 30 points (13G-17A) in 30 games.

A 16-year-old product of Saskatoon, Sask., Korchinski wsa selected by the Seattle Thunderbirds in the first round (10th overall) of the 2019 WHL Draft. He made his WHL debut in 2019-20, skating in one game with the Thunderbirds. The rest of the season was spent with the Saskatoon U18 AAA Contacts, where he registered 26 points (7G-19A) in 41 outings.