Episode 20 of the WHL Podcast features two highly-touted prospects as Conor Geekie of the Winnipeg ICE and Jordan Gustafson of the Seattle Thunderbirds join the show. Plus, we go in depth with the newly-minted Head Coach of the Brandon Wheat Kings – Don MacGillivray. 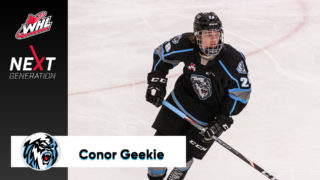 A 16-year-old forward hailing from Strathclair, Man., Geekie was selected second overall by the Winnipeg ICE in the 2019 WHL Draft. Standing 6-foot-4 and weighing 187 pounds, the young pivot made his WHL debut in 2019-20, skating in seven games with the ICE. He spent the bulk of 2019-20 with the Yellowhead Chiefs AAA program in the Manitoba U18 Hockey League, recording 35 points (18G-17A) in 26 contests.

On November 24, MacGillivray was named the 24th head coach in the franchise history of the Wheat Kings, after Dave Lowry departed for a coaching role with the NHL’s Winnipeg Jets. MacGillivray, a product of Winnipeg, previously served as a WHL head coach in Prince Albert (1996-97 to 1997-98), before enjoying success in the MJHL and Canada West, eventually joining the Wheat Kings as an assistant coach in 2016-17. 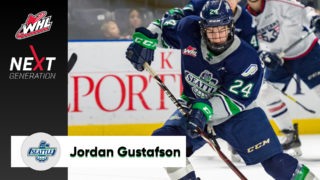 A 16-year-old forward from Adrossan, Alta., Gustafson was selected seventh overall by the Seattle Thunderbirds in the 2019 WHL Draft. Standing 5-foot-11 and weighing 174 pounds, Gustafson saw action in one WHL game in 2019-20, otherwise dressing for the Fort Saskatchewan Rangers AAA program in the Alberta U18 Hockey League where he notched 31 points (11G-20A) in 29 games.