Episode 19 of the WHL Podcast changes gears as we go in depth with Canadian country music star Gord Bamford before checking in with Edmonton Oil Kings first-round pick Caleb Reimer, who was selected in the 2019 WHL Draft and is set to make his WHL debut this season. 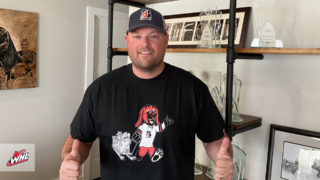 With eight studio albums under his belt, Bamford has been a powerhouse on the Canadian country music scene since issuing his debut album God’s Green Earth back in January 2001. Over a career spanning nearly 20 years, Bamford has won 26 Canadian Country Music Association (CCMA) awards, has garnered multiple JUNO nominations, and is the only two-time winner of Nashville’s Country Music Association (CMA) Global Country Artist of the Year award. He has released three singles in 2020 including “Just Let Go”, “Diamonds in a Whiskey Glass” and “Father’s Prayer.”

Bamford’s son, Nash, was selected by the Kamloops Blazers in the seventh round (138th) of the 2019 WHL Draft.