Episode 18 of the WHL Podcast chats with former Tri-City Americans star Carey Price – goaltender for the Montreal Canadiens. We also catch up with defenceman Grayden Siepmann, selected 13th overall in the 2019 WHL Draft and set to join the Calgary Hitmen. 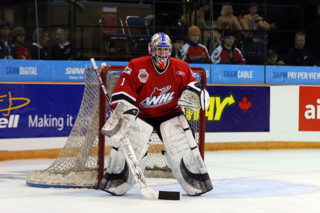 A former member of the Tri-City Americans, the 33-year-old product of Anahim Lake, B.C., has enjoyed an outstanding 14 seasons in the NHL,
appearing in 682 regular season contests while amassing a record of 348-250-74 with a 2.49 goals-against average, .917 save percentage, and 48 shutouts. Price has a mantle full of trophies and accolades, including a World Cup gold medal, Olympic gold medal, Ted Lindsay Award (NHL MVP as voted by the NHLPA), Hart Trophy (NHL MVP), Jennings Trophy, and Vezina Trophy.

Prior to starring as a professional, Price was voted the WHL’s and CHL’s Goaltender of the Year for the 2006-07 season. He also won a World Junior Championship gold medal with Canada in 2007.

The 2018-19 season saw Siepmann win a CSSHL U15 championship with Yale Hockey Academy.