Episode 13 of the WHL Podcast brings voices from the 2020 NHL Draft, including Edmonton Oil Kings forward Jake Neighbours (St. Louis Blues) and Prince Albert Raiders forward Ozzy Wiesblatt (San Jose Sharks). Sandwiched between is the story of a WHL Alumni who took a different route to the NHL as we hear from former Spokane Chiefs star Derek Ryan, now of the Calgary Flames. 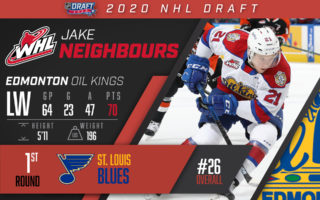 The product of Airdrie, Alta., heard his name called 26th overall in the first round of the 2020 NHL Draft. A powerful two-way forward, Neighbours finished second in scoring on the Oil Kings with 70 points (23G-47A) in 64 games last season. 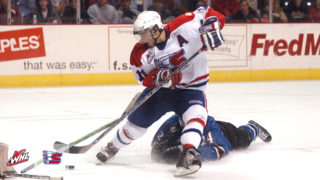 The product of Spokane, Wash., took a unique route to the NHL. After three seasons with the Spokane Chiefs, he utilized his WHL Scholarship at the University of Alberta, where he competed for the Golden Bears men’s hockey team and won a national championship. After a tour in Europe, Ryan debuted with the Carolina Hurricanes at the age of 29 and he hasn’t looked back. 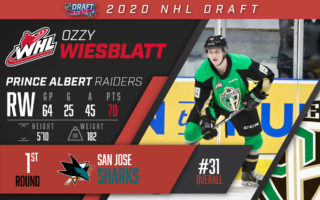 The product of Calgary, Alta., heard his name called 31st overall in the first round of the 2020 NHL Draft. An energetic offensive engine, Wiesblatt finished second in scoring on the Raiders with 70 points (25G-45A) in 64 games last season.