As far as alumni lists go, the Kelowna Rockets have one of the best in junior hockey.

While Brett McLean’s name may not immediately pop out to the average hockey fan, his time with the Rockets in the late 1990s still holds up as some of their best to this very day. The franchise leader in goals, assists, and points, McLean recorded 406 points (181G-225A) in 329 WHL regular season games, the last 31 points (15G-16A) of that total coming in 21 games with the Brandon Wheat Kings.

Starting with the Tacoma Rockets, the Comox, B.C. product tallied 34 points (11G-23A) in 67 games to begin his WHL career, finishing ninth in team scoring as a 16-year-old. McLean’s legend as an offensive standout would grow as his WHL career continued. In the 1995-96 WHL Regular Season, his production rose to 79 points (37G-42A) in 71 games.

McLean also made his first of two entries into the WHL Record Book during that season. On February 17, 1996, McLean, Jason Deleurme, and Tyler Prosofsky combined to score the fastest three goals in WHL history as the trio all found the back of the net in a 12-second span en route to an 11-2 victory against the Prince George Cougars.

The 1996-97 WHL Regular Season proved to be McLean’s best year numbers-wise as he racked up 104 points (44G-60A) in 72 games. Nearly half of that total came on a league-leading 24-game point streak that began on January 19, 1997 and lasted for the rest of the regular season. During that time, he recorded 49 points (18G-31A) to power himself to seventh in regular season scoring.

Despite the strong numbers, McLean still had to wait a while to hear his name called at the 1997 NHL Draft. In fact, it almost didn’t happen at all, but he was eventually chosen by the Dallas Stars in the ninth round, 242nd overall with the fifth-last selection at the draft. As history played out, it proved to be one of the better selections overall. 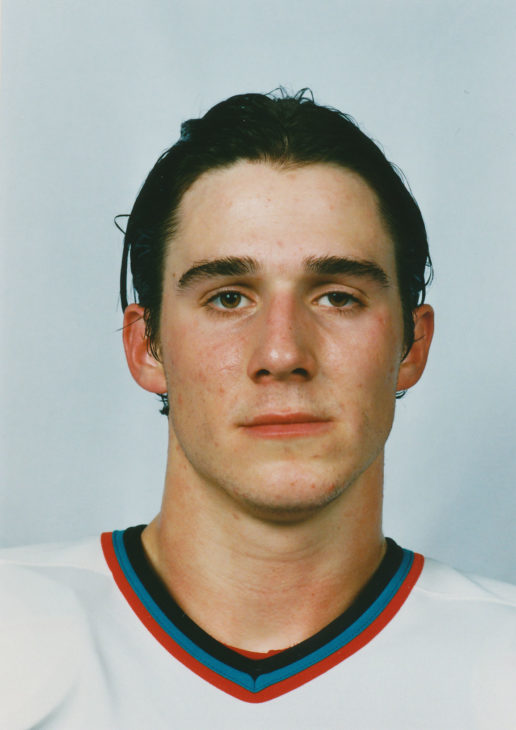 Returning to the WHL for the 1997-98 WHL Regular Season, McLean would add his second entry into the WHL Record Book on November 18, 1997 as part of an epic comeback against the Regina Pats.

Trailing 4-0 to the Regina Pats on home ice through 40 minutes of action, the Rockets engineered a comeback in the third with McLean notching three short-handed goals. Completing the hat trick with 1:37 left in regulation, McLean tallied the game-winning goal in the contest. To this day, McLean still stands alongside Glen Goodall, Kalvin Knibbs, and Peter Schaefer as the only players to score three short-handed goals in a single game.

Limited to just 54 games that season, McLean still managed to tally 87 points (42G-45A) to place second in team scoring. That included a pair of five-point performances with the second of them coming on October 11, 1997 in an epic 9-9 tie against the Tri-City Americans.

Returning to the Rockets for his final season of junior hockey in the fall of 1998, McLean posted 70 points (32G-38A) in 44 games before being acquired by the Brandon Wheat Kings. In his time with the Rockets he still managed to tally three hat tricks, including a four-goal game on November 27, 1998 and a three-goal performance against the Wheat Kings on December 9, 1998. Adding the aforementioned 31 points with the Wheat Kings, McLean would finish the season with 101 points (47G-54A) to place seventh in WHL scoring.

McLean eventually worked his way up to the NHL and enjoyed a 385-game career between the Chicago Blackhawks, Colorado Avalanche, and Florida Panthers. In that time, he amassed 162 points (56G-106A).

Among those to be drafted in 1997, McLean actually fared well for his draft position. Of the 29 players chosen in the ninth round that year, only eight played in the NHL and McLean played the most games out of any of them. He’s also tied for 30th in games played by those selected.

Upon the conclusion of the 2008-09 NHL Regular Season, McLean ventured to Europe, playing out the majority of the rest of his career in Switzerland and Austria.

In addition to winning an NLA Championship in the 2009-10 season with SC Bern, the geographical move came with another opportunity to represent his country once again, this time at the Spengler Cup. Playing Canada six times at the tournament, McLean added to his legend by leading the tournament in scoring in 2010-11 as well as capturing the championship in 2012-13.

Despite retiring from the playing portion of the game in 2017, McLean still remains close to the game of hockey as an assistant coach with the AHL’s Iowa Wild for the past three seasons.