The Victoria Royals and Red Deer Rebels have agreed on a deal that sees defenceman Jacob Herauf moving to the Island in exchange for three Western Hockey League Bantam Draft selections. 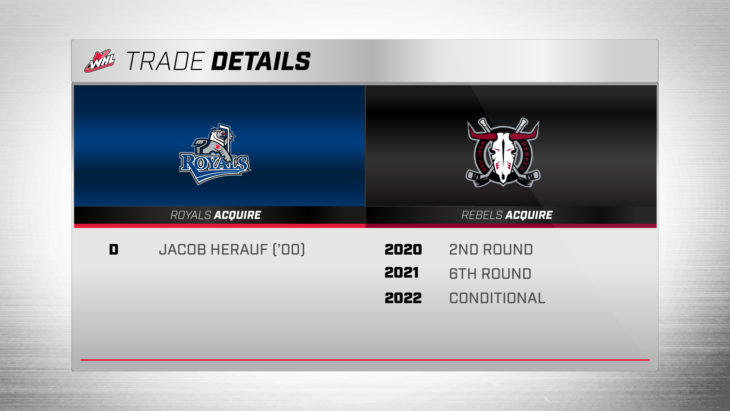 Prior to the start of the 2018-19 WHL season, Herauf attended the Pittsburgh Penguins’ training camp as an undrafted invite.

The Rebels will resume pre-season action when they host the Medicine Hat Tigers on Friday, September 13 (7 p.m. MT) at the Westerner Park Centrium in Red Deer, Alta. After their five pre-season games, Victoria sits at a 1-4-0-0 record and will kick off their WHL Regular Season campaign on Saturday, September 21 (7:05 p.m. PT) when they take on the Everett Silvertips at Angel Of The Winds Arena in Everett, Wash.

TRADE: We have acquired D @jacobherauf (2000) from the @Rebelshockey for a trio of draft picks!