Pats bolster defence with addition of Wytinck from Wheat Kings

The Regina Pats have acquired 20-year-old defenceman Zach Wytinck from the Brandon Wheat Kings. In exchange, the Wheat Kings will receive a fifth-round selection in the 2022 Western Hockey League Bantam Draft.

“We would like to thank Zach for his many contributions on and off the ice,” Darren Ritchie, Brandon’s general manager said. “He has been a great ambassador for the Wheat Kings’ organization since he arrived three years ago.”

“We are glad to add Zach to our backend,” John Paddock, Pats’ VP of Hockey Operations and General Manager said. “He is a steady presence on the blueline with some good offensive ability.”

The Pats are back in action on Saturday, October 12 (7 p.m. MT) when they host the Vancouver Giants at the Brandt Centre in Regina, Sask. 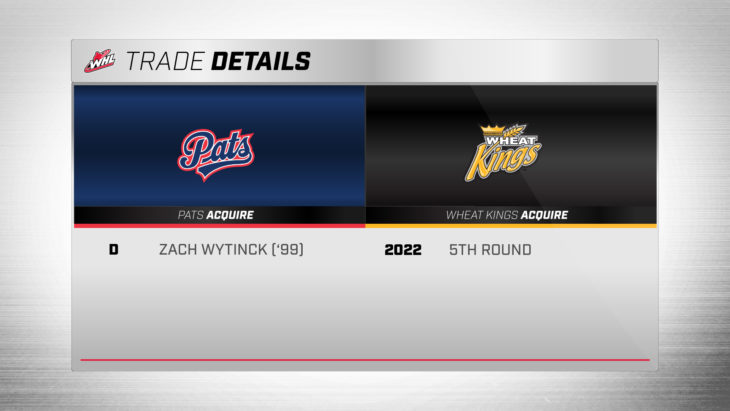 The Brandon Wheat Kings have dealt 20-year-old defenceman Zach Wytinck to the Regina Pats for a 5th round pick in the 2022 WHL Bantam Draft. #bdnmb