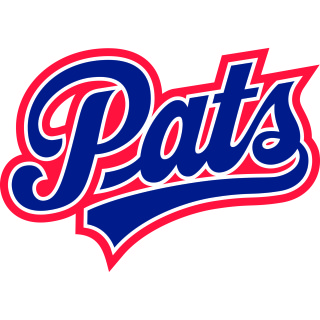 The Regina Pats and the Western Hockey League are very pleased to announce an unprecedented lineup of celebratory events in recognition of the Pats 100th anniversary, planned for the Family Day weekend, February 16-19, 2018.

“We’ve worked very hard to put together a birthday celebration that will never be forgotten,” says Shaun Semple, President and CEO of the Brandt Group of Companies and co-owner of Queen City Sports & Entertainment Group. “The Pats’ Centennial Salute Homecoming Weekend is absolutely unique in its scale and will kick off the 100-day countdown to the 2018 Mastercard Memorial Cup with a bang!”

Headlining the Regina Pats Homecoming Weekend will be two outdoor hockey games at Mosaic Stadium. Saturday night will see up to 50 former NHL greats, including 14 Hall of Famers, lace up their skates in the All-Star Celebrity Classic. Sunday will feature one of the WHL’s top rivalries as the Regina Pats take on the Moose Jaw Warriors in the Outdoor Classic. The Pats have engaged BaAM Productions, producers of all four NHL Heritage Classics, to ensure that these contests will be world-class events.

“Ticket information will be available in the coming weeks,” said Pats President Todd Lumbard. “At that time, information will be released on how your season ticket applies to the weekend of events. We are developing a plan to ensure our valued Season Ticket holder receives priority consideration for this historic weekend of celebration.”

The weekend will also feature the launch of the Regina Pats own charitable foundation at the gala Regina Pats Foundation Honours – a star-studded fundraiser that will give participants a once-in-a-lifetime opportunity to rub shoulders with 50 of their NHL hockey heroes. Regina’s annual Waskimo Festival will also be part of the Homecoming Weekend with a winter wonderland of activities at Mosaic Stadium and a full range of events on Wascana Lake.

Rogers Hometown Hockey will be in Regina to cover it all – bringing their production team to the city for the entire weekend with a full range of programming in support of the Pats Centennial Salute event.

“The All-Star Celebrity Classic and Pats outdoor game will not only provide an opportunity for hockey fans to celebrate the 100 year history of the Pats, but will bring together many of the greatest players to ever play in the WHL,” commented WHL  Commissioner Ron Robison. “The Pats’ Centennial Salute Homecoming Weekend is a fitting way to celebrate the Pats 100th season and the incredible history of this storied franchise.”

Further specifics on the event are still to come.