Rare are the nights when Dylan Cozens doesn’t have an impact on a WHL game for the Lethbridge Hurricanes.

Counting 138 points (57G-81A) in 128 WHL regular season games and 29 points (14G-15A) in 35 WHL playoff games, Cozens has more than earned the honour of being ranked among the top five skaters in North America by National Hockey League’s Central Scouting Service ahead of the 2019 NHL Draft.

Though he’s developed his offensive abilities and grown since his WHL debut in November 2016, it’s a goal early in his WHL career that perhaps still exhibits the best of Cozens’ character.

Down 4-3 late in the third period of Game 7 against the Medicine Hat Tigers, the Hurricanes needed a prayer to extend their season.

Off a shot from the blue line by defenceman Igor Merezhko, the puck barely beat Tigers’ goaltender Michael Bullion, sitting in the crease. At the side of the net in the perfect spot was the 16-year-old Cozens, whacking home his second goal of the 2017 WHL Playoffs to tie up the game with just minutes to spare.

“I’m not sure why he was on the ice exactly, but that’s what he does,” said Hurricanes head coach Brent Kisio. “He finds a way.”

The story had a happy ending that night as Tyler Wong later lifted the Hurricanes to the victory, pushing them into the Eastern Conference Championship. Though their season would end against the Regina Pats, Cozens’ journey was just beginning.

From representing the red, white, and blue of the Hurricanes to the red and white of Hockey Canada, Cozens has proved himself capable of being an offensive threat teams are still trying to find a way to contain to this day.

“The biggest thing is just gaining confidence,” Cozens said. “Coming in as a young guy, you don’t have too much confidence. Once you get in your second year in the league you definitely improve that. You can go out there and try and be creative, make different plays, make risky plays.”

Superior stick work from the Whitehorse, Yukon product enables him to enjoy freedom with the puck where there isn’t. Even when opposition tighten up on him, his 6-foot-3, 185-pound frame allows him to drive to the net, fulfilling the definition of the power forward he is. When he’s forced to the perimeter, a wicked-accurate shot is what teams are left to try and defend.

From scoring in his WHL debut as a 15-year-old to tallying 22 goals in the 2017-18 WHL Regular Season that earned him the Jim Piggott Memorial Trophy as WHL Rookie of the Year and 34 this previous season, whatever teams are doing to try and limit Cozens’ offence doesn’t appear to be working.

“It definitely helped a lot; getting to play those games when I was 15,” Cozens said. “Getting that experience against those older guys. The biggest thing was learning that I needed to be bigger, stronger and faster.”

Cozens his consistently impressed Kisio since his arrival. Whether it was that Game 7 against the Tigers, a hat trick in the 2018 WHL Playoffs against the Red Deer Rebels or a six-point night against the Brandon Wheat Kings last November, the Hurricanes’ head coach knows he’ll get the best from Cozens each game.

“He was an impact player from the start,” Kisio said. “He’s a kid that in the big moments, seems to step up. He did it for us, he did it for Hockey Canada. The bigger the moment, the more you’ll see Dylan Cozens step up and deliver.”

Cozens stepped on the international stage in August 2018 with a buzzer-beating goal to force overtime against the United States. Canada would eventually earn the victory in that semifinal as they charged to a gold medal.

“It’s always been a great experience there and I’m always happy when I get the chance to represent Canada,” Cozens said.

Getting to represent his country at the 2017 World Under-17 Hockey Challenge and 2019 IIHF U18 World Championship as well, he has his eyes on earning a spot with Canada’s National Junior Team next season.

There is a goal that comes before that though. Cozens wants to be in the NHL next year, regardless of which team calls out his name.

“It’s definitely a good feeling, knowing that people see me ranked that high,” Cozens said. “At the end of the day, it doesn’t really matter where you’re ranked. It all depends on the team’s needs.”

What Cozens is proposing is certainly a lofty goal, one shared by other top-tier prospects each year. For a player who has consistently exceeded expectations, thrived in big moments, and established the confidence within himself, it doesn’t seem that far fetched.

If anything, it’s right where Cozens wants and needs to be. 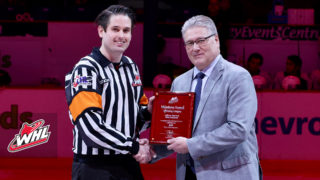 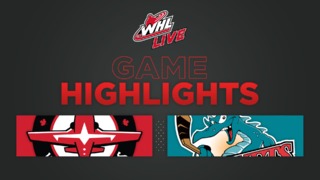 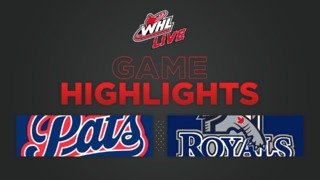 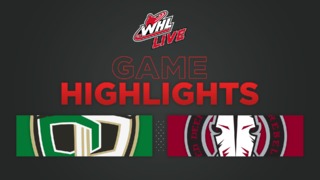