In a Western Hockey League Trade Deadline deal Friday, the Saskatoon Blades acquired 19-year-old forward Caiden Daley from the Regina Pats. For the Pats, they acquired a sixth-round selection in the 2021 WHL Bantam Draft.

His most productive season came during the 2018-19 WHL Regular Season when he recorded 22 points (9G-13A) in 68 games with the Wheaties.

Internationally, Daley was an alternate captain for Team Canada Red at the 2016 World U-17 Hockey Challenge, playing under then assistant coaches Mitch Love & Ryan Marsh.

The Blades are in action on Friday, January 10 (7:00 p.m. CT) when they play host to the Edmonton Oil Kings. 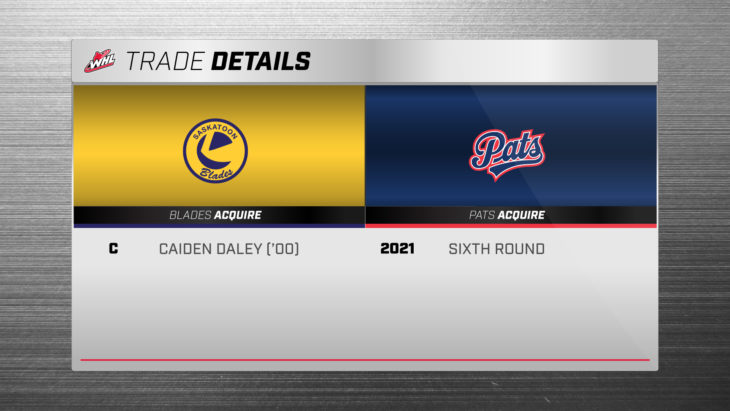