The Saskatoon Blades bolstered their forward depth on Monday afternoon, acquiring 2001-born forward Blake Stevenson from the Tri-City Americans in exchange for a conditional fifth-round pick in the 2023 WHL Draft.

A 20-year-old product of Calgary, Alta., Stevenson was originally selected by the Americans in the fourth round (68th overall) of the 2016 WHL Draft. He made his WHL debut during the 2017-18 season, skating in five games with the Ams.

The WHL’s East Division is set to return to the ice on Friday, March 12, in the WHL Hub Center hosted in Regina. 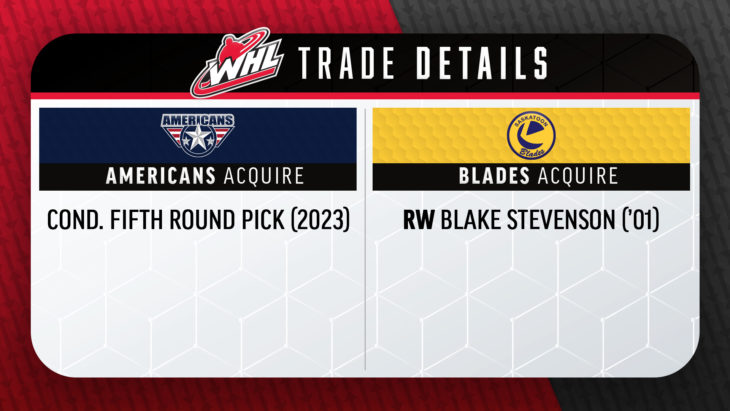