As the 2019-20 Western Hockey League’s regular season approaches, two teams will be previewed each day leading up to the start of the regular season, Friday, Sept. 20. Team capsules are presented in order of 2018-19 finish within their own division. Today, we take a look at the Central Division’s Red Deer Rebels.

*Please note the statements issued by Brent Sutter in the Red Deer Rebels’ season preview video were recorded prior to Jacob Herauf being acquired by the Victoria Royals on September 10, 2019. For more information on the transaction, please click here.

Forwards: Losing Jeff De Wit, Reese Johnson and Brandon Hagel will leave a big gap for the Red Deer Rebels to fill offensively. Now it will fall onto the shoulders of Cameron Hausinger and Brett Davis to step into their leadership positions. While both Hausinger and Davis had 50-plus point seasons last year, it will also be up to the younger players on the roster to help supplement offensive chances.

While the remainder of the Rebels roster will be young, the vitality and speed they will bring to the game is exciting. Seventh-overall selection from the 2018 WHL Bantam Draft, Jayden Grubbe, will make his WHL debut this season and has potential to spark an offensive drive with his strength, speed and play-making abilities. Additional forwards playing for Red Deer either as a rookie or second-year player include Zak Smith, Jordan Borysiuk, Ryan Gottfried, Dallon Melin and Jace Isley, who will look to support older players like Hausinger and Davis on the rush.

“It’s just going to be one of those years where have to get the younger kids through the first half of the season and the older players will have to play well and they know it’s coming,” Sutter said. “They understand it’s going to be a younger team and this year it’s about players doing what they are supposed to be doing and making sure it works. 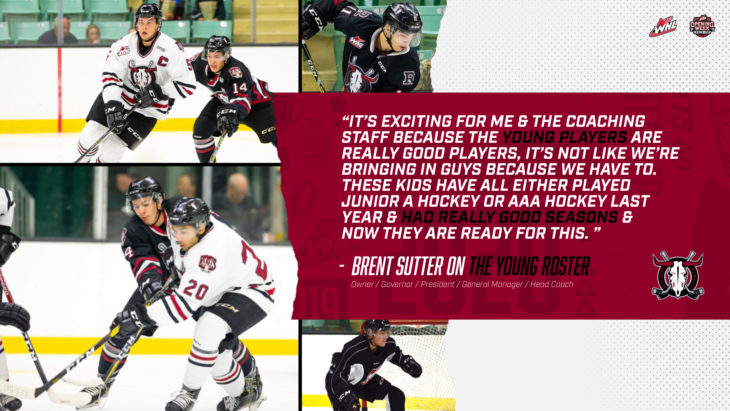 Defence: Red Deer’s defence will also suffer the loss of blueline leader Alexander Alexeyev as he joins the Hershey Bears of the American Hockey League (AHL) after signing with the Washington Capitals in September 2018. With that, captain Dawson Barteaux will be next in line to take on the defensive leadership role. After notching 34 points (7G-27A) in 67 games last year, he should continue to produce offensively while also guiding young defenders.

“The first thing with Barteaux is he was our assistant captain last year and he’s very well respected in the dressing room,” Sutter said. “His game has taken a very big step and he knows he needs to be a leader for us. [He’s] just a great kid and we think he’s the perfect fit for the team at this point to be our captain.” 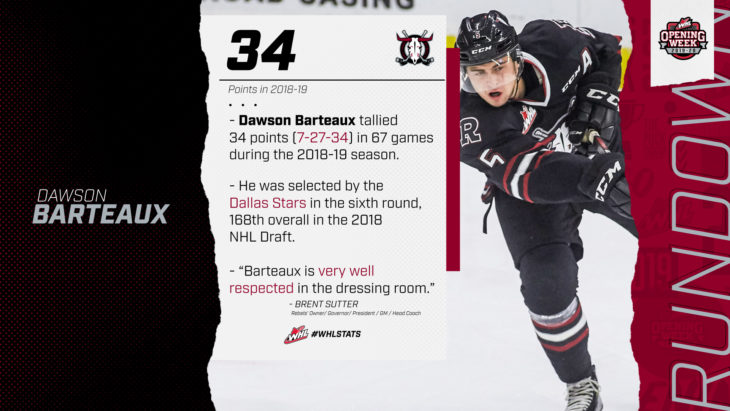 Promising up-and-comers on the blueline for the Rebels will include Ethan Sakowich (4-14-18) and new additions such as Joel Sexsmith and rookie Kyle Masters.

Sexsmith, the ninth-overall selection from the 2017 WHL Bantam Draft, was a recent acquisition by the Rebels from the Vancouver Giants. He will look to improve upon his previous WHL experience and hold a permanent roster spot with Red Deer. After recording 20 points (5G-15A) with OHA Edmonton Prep of the Canadian Sports Hockey League (CSSHL), Masters looks ready to play a major role in Red Deer’s defensive strategy.

“We’re going be young, we have a young group of forwards and defence, but we have some really good key older guys around them that can help these young kids,” Sutter said.

Goal: While the Rebels lack age in other areas, goaltending is not one of them. Ethan Anders will continue to lead in net for the Rebels after posting a 2.09 goals-against average, .907 save percentage, 28-22-4-1 record and two shutouts in 57 regular-season games. As Anders has been on-and-off NHL Draft rankings for the past two years, this will be his last chance to be taken in an NHL Draft and he will use that motivation to up his performance with the Rebels this year.

“Ethan was our number one goalie last year, but this year someone’s got to beat him out to get that spot, but he also has to play well enough to hold the spot,” Sutter said. “It’s a team that you look at our goaltending should be solid and that’s number one, you’ve got to have solid goaltending.”

Hoping to take on a larger role for the Rebels will be 2001-born goaltender Byron Fancy. After only playing 19 games last season, Fancy will share the weight of a younger lineup with Anders and looks ready for the additional responsibility.

Player to watch: You can expect to hear Davis’ name more often during Rebels’ games this year. With Hagel and Johnson taking the next step in their careers in the AHL and NHL, Davis will have the opportunity to really amp up his point productivity and become a key member of the Rebels’ roster for Head Coach and General Manager Brent Sutter to rely on in key situations. 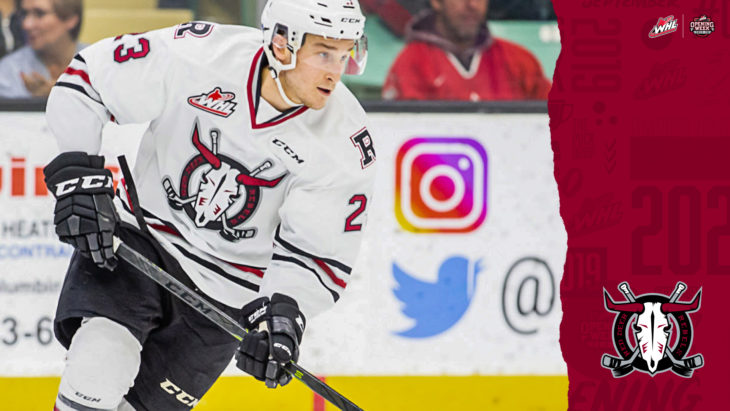 Prognosis: The Rebels will be young. While youth and turnover can cause growing pains initially for the team, the future looks bright for Red Deer in the upcoming years. Although the development and foundation laid in place this year will take patience and time, the Rebels youth shouldn’t be taken lightly either. Keep an eye on their ability to compete in a full 60-minute game with a tremendous amount of energy.

“All of them played at an elite level last year,” Sutter said. “We have a player that went to the TELUS Cup last year [Grubbe], another defenceman who was one of the top defencemen in our country with the Canada Under-17 Camp [Masters]. Players played in programs that they were able to develop in last year and we’ve got to make room for them and give them a chance to play. 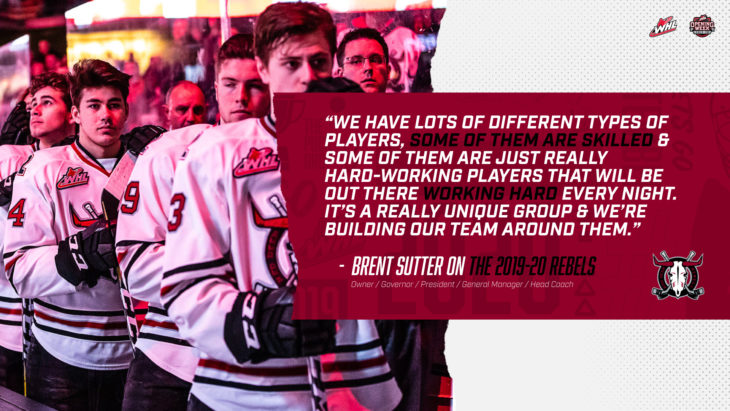