As the 2019-20 Western Hockey League’s regular season approaches, two teams will be previewed each day leading up to the start of the regular season, Friday Sept. 20. Team capsules are presented in order of 2018-19 finish within their own division. Today, we take a look at the B.C. Division’s Kelowna Rockets.

2019 Playoffs: Lost in tie-breaker game, did not qualify.

Forwards: After losing key-point producers such as Kole Lind, Dillon Dube, and Carsen Twarynski in 2018, the Rockets knew it would be a tough climb offensively and their results in the 2018-19 season showed it. With only 169 goals scored for the team, the third-least amount in the league, scoring became the biggest trouble in the Rockets’ games.

As they did last season, the Kelowna Rockets will be depending on their top three scorers Kyle Topping (23-46-69), Nolan Foote (36-27-63) and Leif Mattson (22-41-63) to lead the Rockets offensively. While those three will presumably continue their leadership roles, there will be a need for them to go above their already achieved career totals to continue generating offensively for the team.

Forwards such as Liam Kindree (7-27-34) and Michael Ferran (3-9-12) will also be asked to step up into more dominant roles this season. 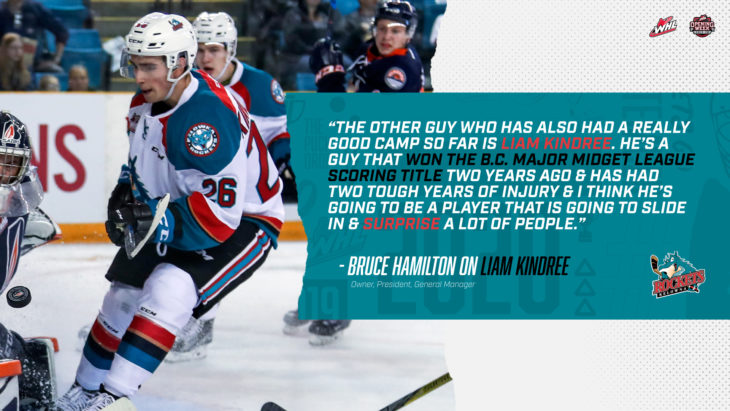 Adding to the teams’ potential for points this season will be off-season acquisition and San Jose Sharks prospect Dillon Hamaliuk. Although he only collected 26 points (11G-15A) in 26 games last season with the Thunderbirds due to an injury, he should bring a wealth of talent to the roster and fall along the lines of Topping, Foote and Mattson when it comes to scoring. 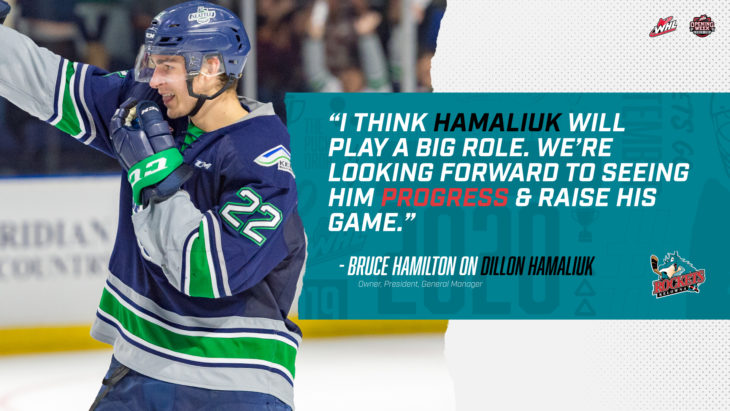 Defence: With Ottawa Senators’ signee Lassi Thomson gone from the roster this season, Kaedan Korczak will step into a leadership role on the blueline after notching 33 points (4G-29A) in 68 games. However, he won’t be going at it alone. Also a piece of the post-season trade from Seattle was 2020 NHL Draft prospect Jake Lee. In his 67 games with the Thunderbirds, Lee recorded 24 points (3G-21A) and should be another leader on the blueline this year, just with a different team. Together, Korczak and Lee will be guiding a much younger defensive roster.

“Losing Thompson was really a blow to us from a powerplay perspective,” Hamilton said. “But I think the addition of Lee and Comrie is certainly going to help us get to a spot where we’ve got some decent depth anyways.” 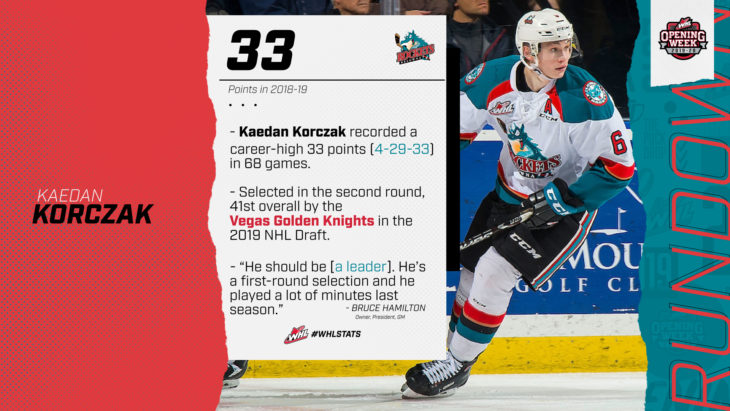 Goal: Returning to resume his position as starting goaltender for the second season in a row, Roman Basran could very well be the backbone of the Rockets’ defensive efforts with a young crew in front of him. After being passed over in the 2019 NHL Draft, Basran will be looking to disprove scouts around the league and make a spot for his name in the 2020 NHL Draft. After producing a 2.79 goals-against average, .906 save percentage and two shutouts in 51 games, Basran will be eager to continue his climb up the WHL goaltender statistic rankings.

While James Porter supported Basran well last season, the final piece of the off-season trade between Seattle and Kelowna included Cole Schwebius who could challenge Porter for his position.

Player to watch: After five appearances with the Rockets in the 2018-19, Trevor Wong is ready to make an impact on the team when he joins them full time this season. In his midget play, the 18th-overall selection from the 2018 WHL Bantam Draft recorded 42 points (12G-30A) in 34 games and will look to translate that success directly into Kelowna’s offensive strategy. With guidance from Head Coach Adam Foote, Topping, Nolan Foote, Mattson and 2021 NHL Draft eligibility already in the discussion, Wong could grow into a star-player, adding to Kelowna’s already rich and star-studded history. 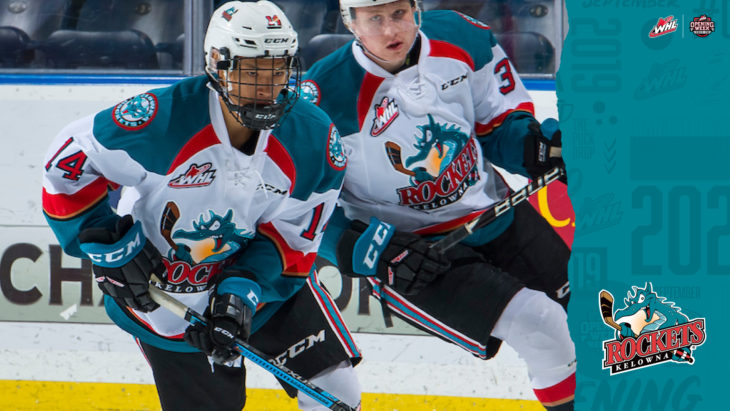 Prognosis: Knowing the 2020 Memorial Cup Presented by Kia is in their future, the Rockets have tried to beef up their roster for the long haul. While they will most definitely push for a stronger performance this year, there will also be the pressure to perform as the hosts of the Memorial Cup. Although the Rockets receive an automatic berth into the tournament as the hosts, there will be an expectation that they are fairly competitive in WHL Playoffs prior to the event.

“We’re going to have to compete on a nightly basis and we’re a team that kind of got kicked around last year and we have a lot of young guys on our roster,” Hamilton said. “We were very light on our defence and we made some changes there where we had to.

“The maturity of the older guys now, here will help us. I don’t think there’s going to be much free lunch here in the division at all because the Giants are going to be a really good team again. I thought the last 20 games of the season for Kamloops were interesting for anyone who is going to play them. I think it will be a real challenge, but with Adam Foote coaching right from the start with Vernon Fiddler and Kris Mallette, we’ve got a good group on the bench and they’ve learned a lot last year and they’re ready for this year.”