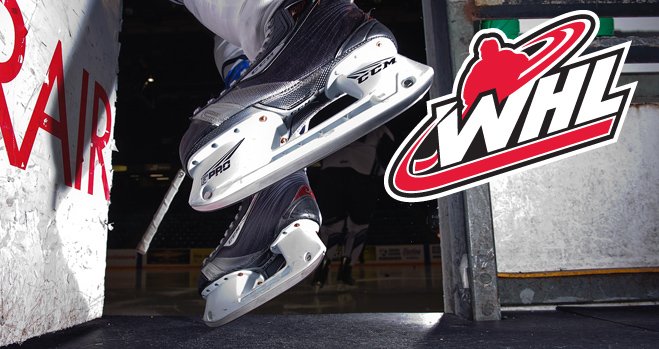 CALGARY – The program has been a hit in Edmonton and, starting this August, Calgary is now home to a sports equipment bank that will help thousands of youngsters play hockey in southern Alberta.

Comrie’s Sports Equipment Bank will help address a major hurdle that keeps many kids out of sports and that is the cost of equipment. The program, which has been months in the making and has involved a number of stakeholders, will provide head-to-toe hockey equipment for youth who qualify.

“The WHL is pleased to support Comrie’s Sports Equipment Bank,” said WHL Commissioner Ron Robison. “Any initiative that provides an opportunity for youth to participate in the game we love is something the WHL and our member Clubs feel is extremely important.”

The model is based on a successful program in Edmonton called Sport Central, which has been operating for more than 20 years and assisted more than 8,600 children in 2013, with 60 per cent of those being hockey players.

“No kid should be denied the right to play due to financial limitations,” says Al Coates, who is chair of the board for Comrie’s Sports Equipment Bank. “As partners, we’re excited that we can play a role in diminishing the financial impact through our program.”

KidSport Calgary will work with a number of charitable agencies to determine who qualifies for the program. Once their child or children qualify, parents will need to make an appointment with the equipment bank to size and outfit the young athletes.

Kevin Webster, executive director of KidSport Calgary, says the program’s success will also rely on many volunteers. If you’re looking to help more kids play hockey, now is your chance.

“We are currently looking for volunteers to help in the shop in servicing youth and their families as they come in for appointments,” says Webster. “We also need help getting donated equipment ready for distribution. Volunteers will be a big key to our success as we look to ramp up our operations leading into hockey season.”

One of the goals with Comrie’s Sports Equipment Bank will be to outfit kids for all types of sports. Right now, the focus will be on hockey but the program will move into other sports in the near future.

About the WHL
The WHL consists of 22 member Clubs with 17 based in Canadian markets and 5 in the U.S. Pacific Northwest. The WHL is a member of the Canadian Hockey League, which is the leading producer of talent for the National Hockey League, Canadian University Hockey and Canadian National Hockey Teams.  The WHL is the leading supplier of Hockey Scholarships in Western Canada, awarding 305 academic Scholarships to WHL graduates in 2013-14.