BLAZERS ACQUIRE INGLIS FROM THE REBELS 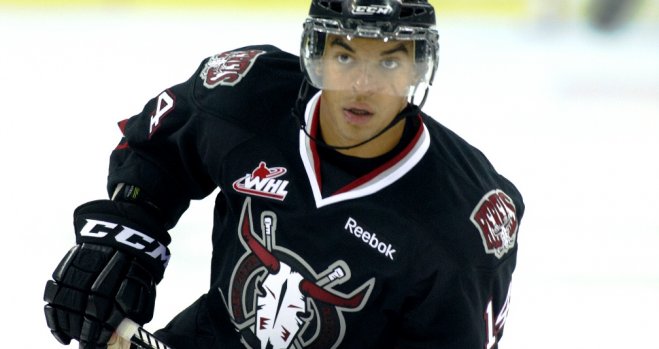 Kamloops, BC – General Manager Craig Bonner has announced the acquisition of 20-year-old forward Charles Inglis from the Red Deer Rebels in exchange for a conditional fifth round WHL Bantam Draft Pick in 2015.

Inglis has played 279 games with the Saskatoon Blades, Prince George Cougars and Red Deer Rebels over five seasons. The 6’0” and 175lb forward has 92 goals, 80 assists for 172 points in his WHL career.

This season, Inglis has scored 11 goals and 14 points in 21 games with the Rebels. There was room for Inglis after it was announced this past weekend that 20-year-old forward Jordan DePape will require season ending shoulder surgery.

“We feel we needed to add a top six forward to our group,” commented Bonner. “Charles will add some grit and skill to our line-up. He is a welcomed addition to our team.”

The addition of Inglis puts the Blazers roster at 25 players including 15 forwards, eight defensemen and two goaltenders.

Inglis came to the Rebels from the Prince George Cougars in a trade December 28, 2011.  He played in 57 games with the Rebels over two seasons, scoring 21 goals and 19 assists for 40 points.