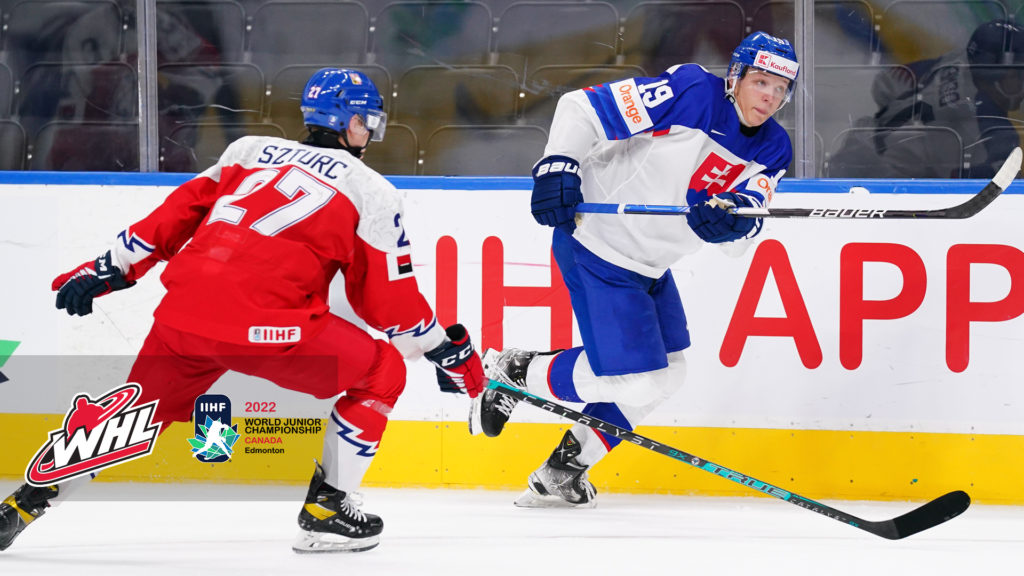 The tournament got underway Tuesday and over the next eleven days we’ll recap the performances put in by WHL players in our World Juniors roundup.

Czechia (5) vs. Slovakia (4)
Kelowna Rockets forward Gabriel Szturc broke a 4-4 tie with 1:50 remaining in the third period, helping Czechia slip past Slovakia 5-4 in their Group A opener. Szturc finished with three shots on goal, including the decider, in 16:24 of ice time.

On the Slovak side, both Viliam Kmec (Prince George Cougars) and Jakub Demek (Edmonton Oil Kings) finished the game with two shots on goal.

Gabriel Szturc breaks the tie with under two minutes to play! #WorldJuniors pic.twitter.com/s5Kj4ZEuxQ

Latvia (1) vs. Finland (6)
Former Swift Current and Everett blueliner Kasper Puutio logged a goal for the Finns in a 6-1 Group A victory versus Latvia. Puutio finished +3 on the night for Finland, while Medicine Hat Tigers defenceman Bogdans Hodass recorded an assist on Latvia’s only goal.

United States (5) vs. Germany (1)
Spokane Chiefs alumnus Yannick Proske was named the Player of the Game for Germany in their Group B setback versus the defending gold-medalists from the United States.