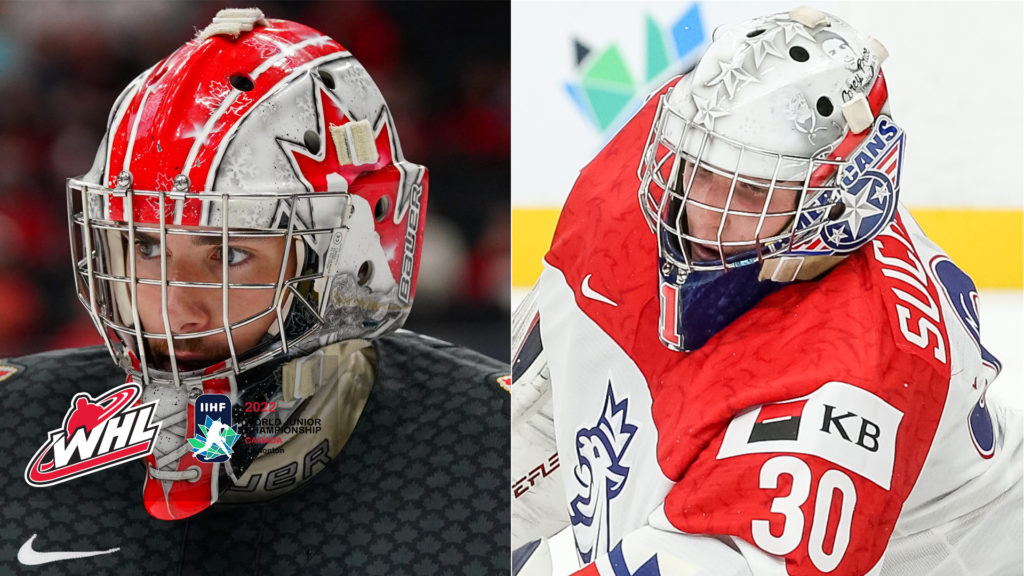 We continue our World Juniors Roundups with a look at how the WHL talent fared in Wednesday’s action!

Finland (5) vs. Germany (2)
Former Swift Current and Everett defenceman Kasper Puutio logged an assist for Finland in its quarter-final victory versus Germany, giving him six points in the tournament thus far.

Forward Yannick Proske, who skated last season with the Spokane Chiefs, was limited to just over 10 minutes of ice time for Germany.

Sweden (2) vs. Latvia (1)
Forward Fabian Lysell (Vancouver Giants) recorded an assist as Sweden withstood a challenge from Latvia to reach the semi-finals.

Canada (6) vs. Switzerland (3)
Four of Canada’s six goals came in the first period, including Kamloops Blazers captain Logan Stankoven’s second tally of the tournament 14:32 into the game. The Dallas Stars prospect grabbed a loose puck in the Swiss zone, zipped a snapshot off the crossbar before collecting his own rebound and depositing it into the net.

Stankoven would add an empty-net goal and an assist Wednesday; he was named Canada’s Player of the Game.

The Everett Silvertips defensive duo of Ronan Seeley (2A) and Olen Zellweger (1A) combined for three points, while Dylan Garand (Kamloops Blazers) turned aside 23 shots in the Canadian goal.

United States (2) vs. Czechia (4)
Tomas Suchanek (Tri-City Americans) made 28 saves, 15 of which came in the first period as Czechia stunned the United States with a 4-2 quarter-final victory.

Suchanek earned his first win of the tournament, improving his save percentage at the 2022 IIHF World Junior Championship to .921 in the process, helping the Czech squad get one step closer in its bid to medal at the tournament for the first time in 17 years.