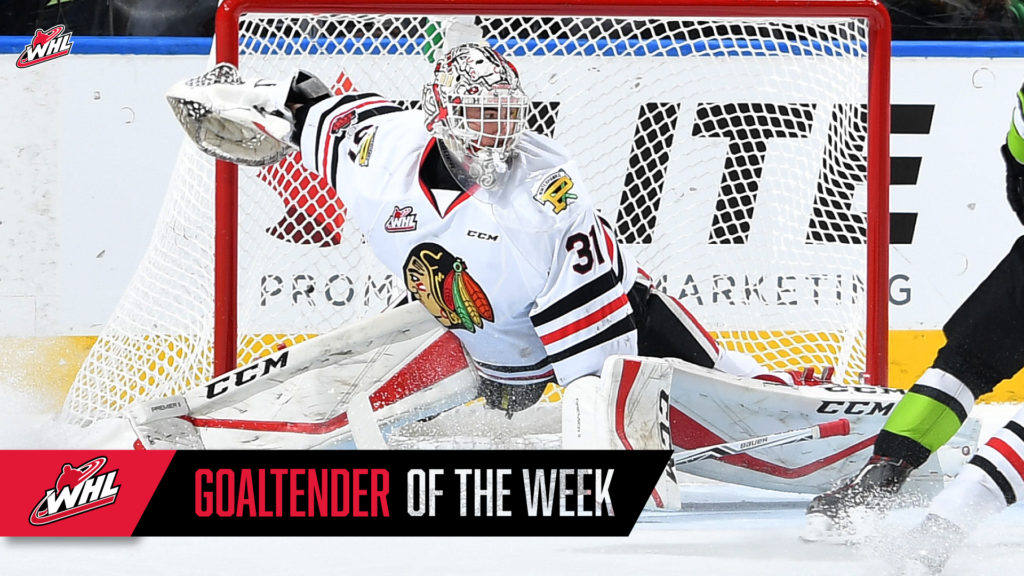 Kehler, a signed prospect of the Los Angeles Kings, went 3-0-0-0 with a 1.23 goals-against-average, .947 save-percentage and one shutout to keep the Winterhawks’ pursuit of a U.S. Division and Western Conference title alive.

He backstopped the Winterhawks to two mid-week victories against the Prince George Cougars. Stopping 20 of 23 shots Tuesday and 18 of 19 shots Wednesday, Kehler and the Winterhawks won by 4-3 and 7-1 scores respectively.

In a battle between the two top teams in the Western Conference Sunday, Kehler gave the Winterhawks the edge, stopping all 28 shots sent his way for his second straight shutout against the Silvertips and fourth of the season overall.

The 6-foot-4, 203-pound product of Altona, Man. has been a guiding force between the pipes for the Winterhawks for a second straight season, going 29-15-1-4 in 51 games while maintaining a 2.72 GAA, .910 SV% and recording the four aforementioned shutouts.

This year, Kehler is ranked second in the league for GAA, fifth in SV%, tied for fourth in victories and tied for third in shutouts.

The Winterhawks are in action next on Friday, March 16 (7:00 p.m. PDT) when they begin a home-and-home series against the Seattle Thunderbirds.