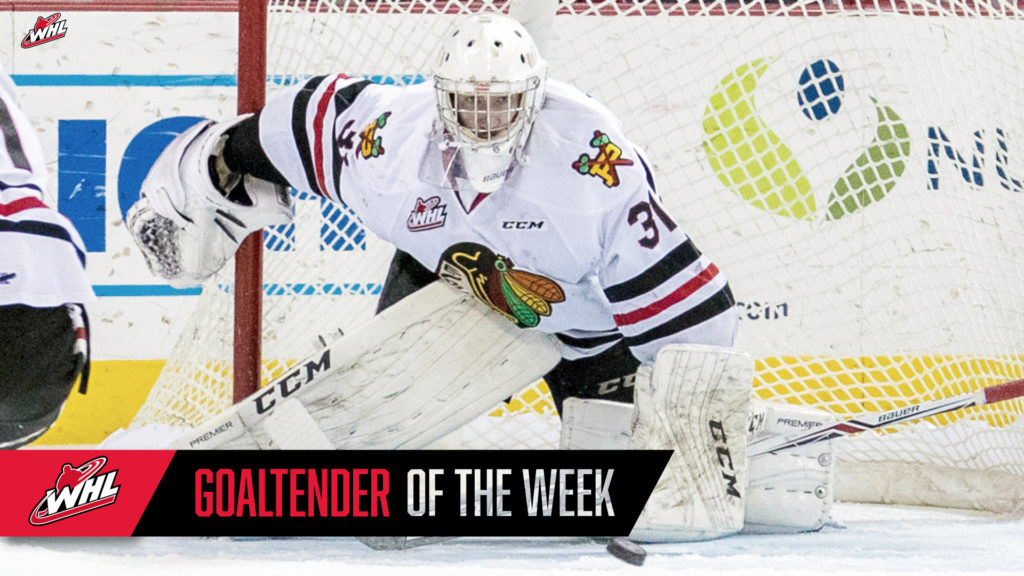 Kehler, a product of Altona, Man., pieced together a pair of wins for the Winterhawks as they took over the top spot in the U.S. Division.

Friday, Kehler made 30 saves in a 6-1 win for Portland on the road against the Spokane Chiefs. With the Chiefs fighting to get back in the game, Kehler stopped all 23 shots that he faced over the final two periods. He also refused the Chiefs any success on their seven power play opportunities throughout the game.

Sunday, the Winterhawks and Chiefs met again, this time in Portland, where Kehler stopped 22 of 24 shots in a 7-2 victory. The Chiefs were once again unable to find success against Kehler on the man-advantage as he turned them back on all six of their chances with the extra man. Sunday’s win was also the 40th of Kehler’s WHL career.

The Winterhawks will defend their lead in the U.S. Division Tuesday, October 10 (7:00 p.m. PDT) when they host the Spokane Chiefs as they continue a four-game home stand.