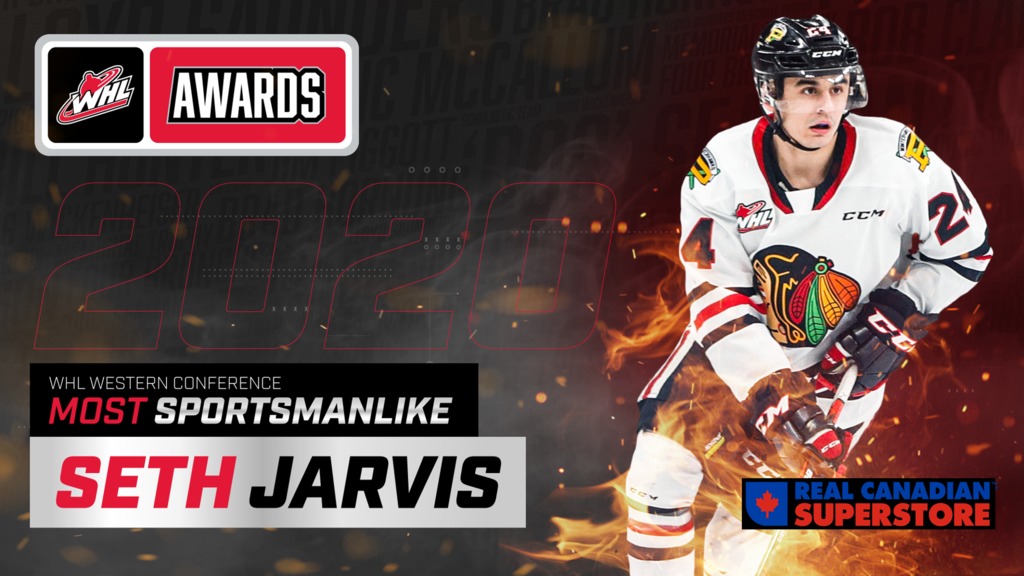 A top-rated prospect for the 2020 NHL Draft, Jarvis led the way as the Winterhawks claimed the WHL’s top record during the 2019-20 WHL Regular Season. Jarvis placed second in league scoring with 98 points (42G-56A) and incurred only 24 penalty minutes throughout the regular season.

Last week, Jarvis was named to the WHL’s Western Conference First All-Star Team. On NHL Central Scouting’s final rankings for the 2020 NHL Draft, which were released last week, Jarvis was ranked 11th among North American skaters and is the top-ranked forward from the WHL.

Noted for his talent, desire and sportsmanlike attitude, the Brad Hornung Trophy for Most Sportsmanlike Player of the Year is awarded annually to the player that combines those same attributes.