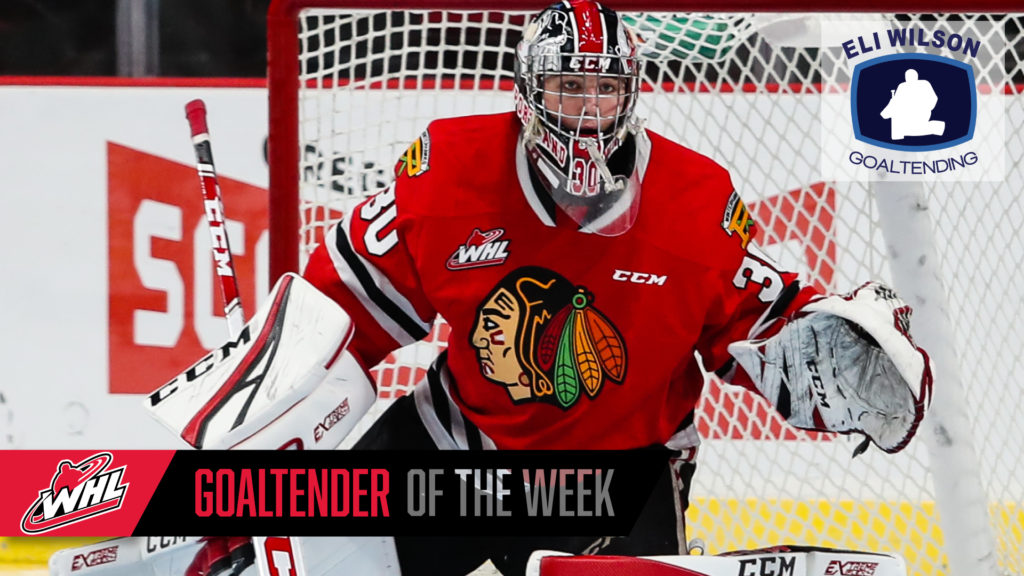 Calgary, Alta. – The Western Hockey League announced today that St. Louis Blues prospect Joel Hofer of the Portland Winterhawks has been named the WHL Eli Wilson Goaltending Goaltender of the Week for the week ending November 3, 2019.

Hofer compiled a 2-0-0-0 record, 0.90 goals-against average, and stopped 62 of 64 shots for a 0.969 save percentage in 133 minutes of action. With Hofer in net, the Winterhawks moved into first place in the U.S. Division and now sit a point back of the division lead.

Friday, the Winnipeg, Man. product stopped 28 of 29 shots in a 4-1 victory on the road against the Everett Silvertips to vault the Winterhawks to the top of the division standings. Portland never trailed as Hofer allowed a single goal in the second period and remained impossible to beat otherwise, eventually earning him second-star honours for the game.

Starting back-to-back games, Hofer continued to shine Saturday, turning aside 29 of 30 shots in a 2-1 victory against the Seattle Thunderbirds. Again, the Winterhawks never trailed with Hofer in net, only conceding a single goal in the second period to earn first-star honours for the game. Closing out his weekend, Hofer stop all five shots sent his way in 12:57 of action against the Kamloops Blazers Sunday.

The 6-foot-5, 172-pound goaltender continues to rank among the WHL’s leading goaltenders. Through 14 games this season, Hofer has a 10-2-0-1 record, 1.89 GAA, 0.933 SV%, and one shutout. Hofer leads the WHL in wins, second in GAA, third in SV%, and is tied for fifth in shutouts. Hofer was chosen by the St. Louis Blues in the fourth round, 107th overall, of the 2018 NHL Draft while a member of the Swift Current Broncos. This is Hofer’s second WHL Eli Wilson Goaltending Goaltender of the Week Award this season.

In October, Hofer was named to Team WHL’s roster for the 2019 CIBC Canada Russia Series. The six-game series against the Russian National Junior Team will visit Western Canada next week, with games on Wednesday, November 13 in Saskatoon, Sask. and Thursday, November 14 in Prince Albert, Sask.

Hofer and the Winterhawks return to action on Friday, November 8 (7:30 p.m. PT), beginning a home-and-home series against the Vancouver Giants at the Langley Events Centre.