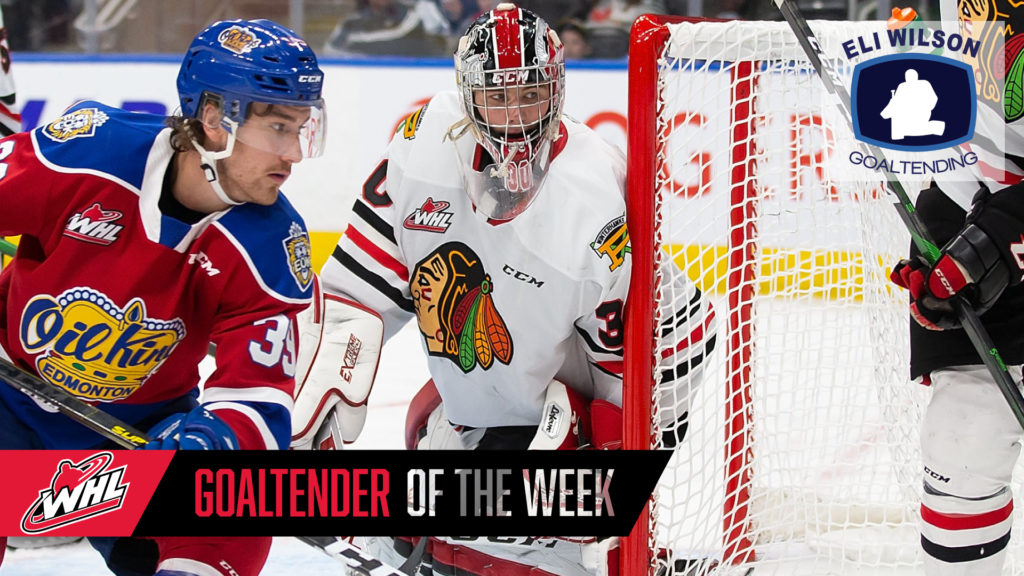 In three games and 185 minutes of action this week, the St. Louis Blues prospect posted a 2-0-0-1 record, 0.97 goals-against average, stopped 79 of 82 shots for a .963 save percentage, and recorded the fifth shutout of his WHL career. The performance helped conclude the Winterhawks’ tour of the Central Division on a high note, keeping them in first place in the U.S. Division.

Playing against his former team Wednesday, Hofer stopped 24 of 26 shots in an 8-2 win against the Swift Current Broncos. Friday, Hofer stopped all 16 shots sent his way in a 5-0 win over the Red Deer Rebels, collecting his first shutout of the season and earning third-star honours for the game.

Hofer concluded his week Sunday with a 39-save performance in a 2-1 shootout loss against the Edmonton Oil Kings. Hofer allowed one goal on 11 shots in the first period, then held the Oil Kings off the board for the second and third periods as well as overtime. In the shootout, he allowed one goal on three attempts and was subsequently named the third star of the game.

In 75 WHL regular season games for his career between the Broncos and Winterhawks, Hofer has a record of 28-34-3-3, 3.28 GAA, .909 SV%, and five shutouts. He’s also appeared in seven WHL playoff games with both teams. At the 2018 NHL Draft, the Blues chose Hofer in the fourth round, 107th overall.

Hofer and the Winterhawks are back in action Saturday, October 19 (6:00 p.m. PT), playing host to the Brandon Wheat Kings at Veterans Memorial Coliseum in Portland, Ore.