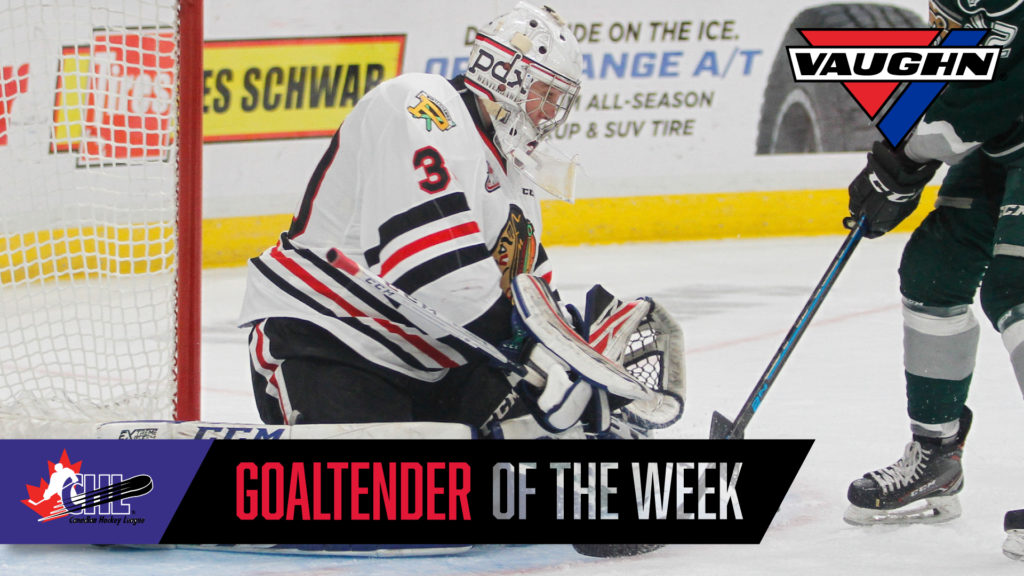 Toronto, Ont. – The Canadian Hockey League today announced that St. Louis Blues prospect Joel Hofer of the Portland Winterhawks is the Vaughn CHL Goaltender of the Week for the regular season week ending February 17 with a 2-0-0-0 record including one shutout victory with a goals-against average of 1.00 and save percentage of .967.

Hofer claims the honour for the first time this season after turning aside 59 shots in two games last week to help the Winterhawks improve to 36-16-3-3 on the season. Against the Red Deer Rebels on Saturday, Hofer stopped 25 shots in an eventual 2-0 victory en route to first star honours and his third shutout of the season. The following night, he came up with a 34-save performance against the Seattle Thunderbirds in a 5-2 win as he improved to 13-25-2-1 on the season.

The 18-year-old Winnipeg, Man., native is competing in his second season in the Western Hockey League. Acquired from the Swift Current Broncos in a January trade, Hofer has notched a .920 SV% and 2.76 GAA in 11 games since the deal.

Up next, the Portland Winterhawks will visit the Tri-City Americans on Friday, February 22 (7:05 p.m. PT) at Toyota Centre.