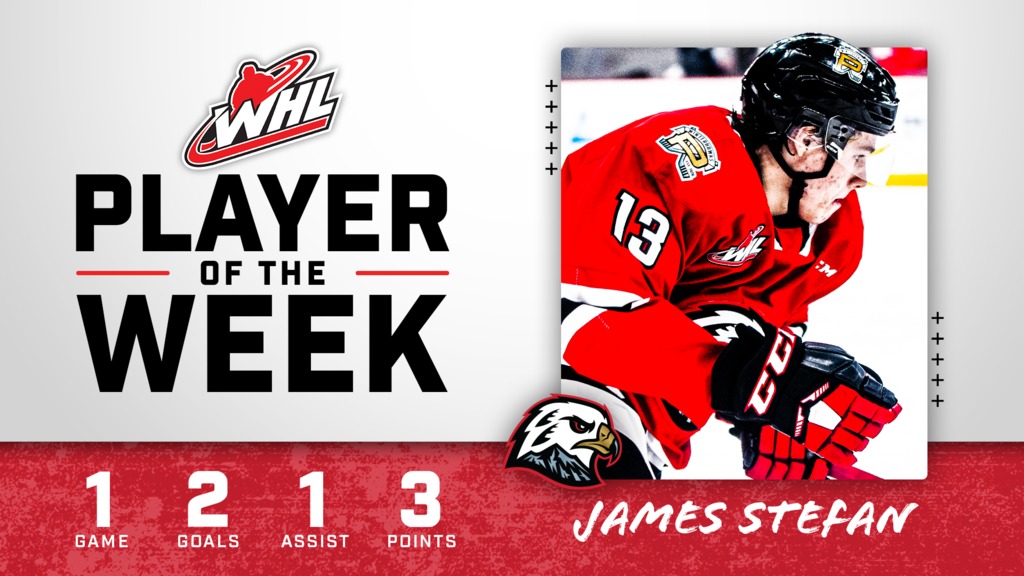 In his lone outing of the week, Stefan registered two goals and one assist as his Winterhawks defeated the Kelowna Rockets 3-1 Saturday, January 8.

The product of Laguna Beach, Calif. extended his point streak to five games (5G-3A) in the process, and begins the week leading the Winterhawks in goals (15) and power-play goals (eight), and tied for the Club lead in points (31).

Stefan and the Portland Winterhawks are slated to return to action Friday, January 14, when they visit the Seattle Thunderbirds (7:05 p.m. PT, Accesso Showare Center).