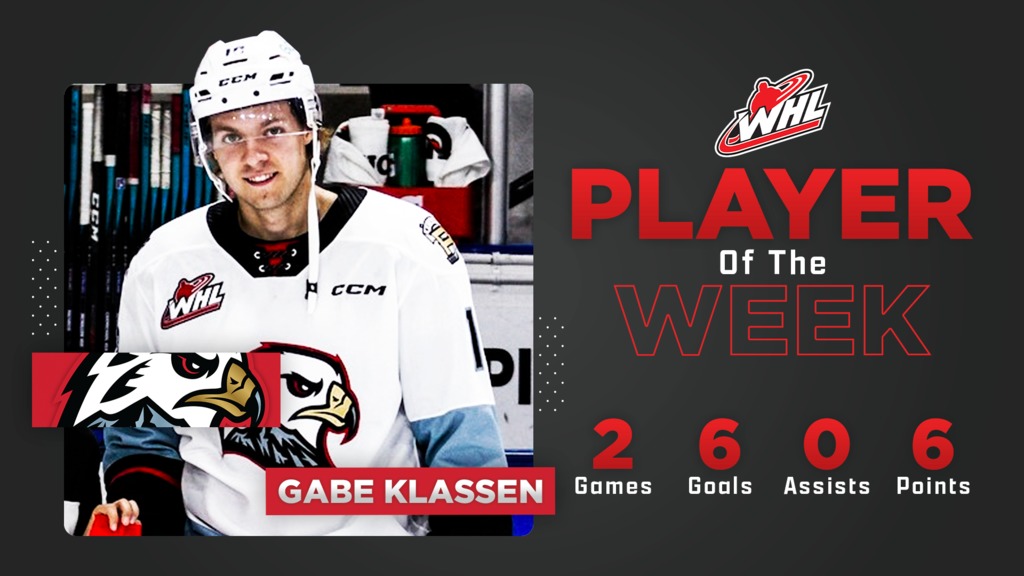 The 19-year-old veteran forward recorded six goals in two outings this past weekend as the Winterhawks claimed back-to-back road victories over the Kamloops Blazers and Kelowna Rockets to open the 2022-23 WHL Regular Season.

Klassen started the weekend with a two-goal effort Friday, September 23, logging the game-winning goal with a power-play effort 1:34 into a 3-0 win over the Blazers. In addition to his two goals on eight shots, Klassen was successful on 11/19 faceoffs (57.9 per cent) and was named the first star of the game.

On Saturday, September 24, Klassen recorded his third-career hat trick with a four-goal performance. Once again, he opened the scoring – this time converting a penalty shot 5:11 into the first period of play. He added his fourth goal of the campaign in the second period, before striking twice in the third period to help the Winterhawks erase a 4-2 deficit en route to a 6-5 overtime victory. Klassen once again went 11/19 (57.9 per cent) in the faceoff circle and was named the first star of the game.

Prior to the start of the WHL season, Klassen attended training camp with the NHL’s Colorado Avalanche.