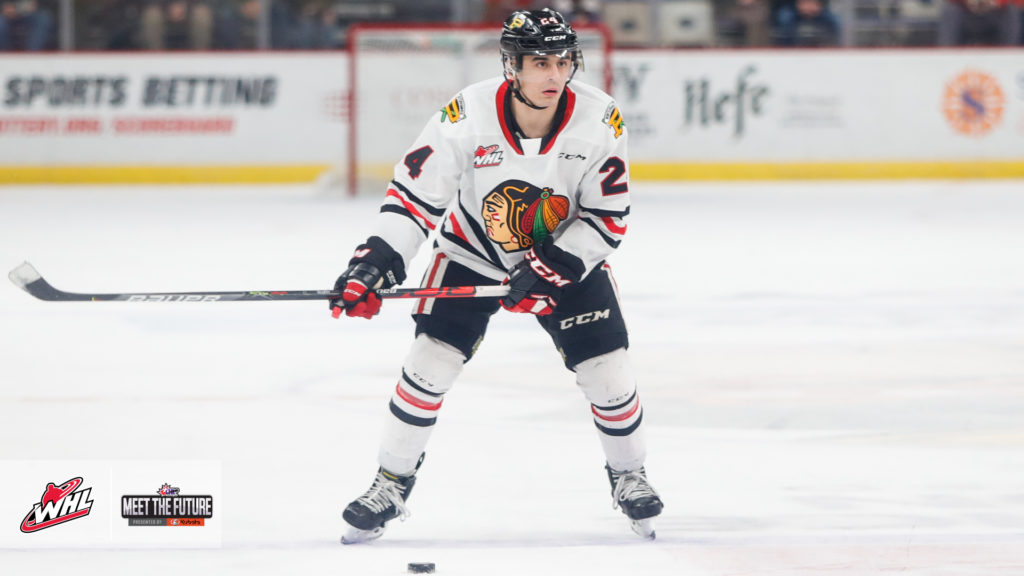 NHL Draft prospects want to be noticed on the ice, recognized as difference makers for their teams, and project themselves as impact players at the next level.

His 98-point season was hard to miss scoring 42 goals and 56 assists in 58 appearances which ranked fourth among all Canadian Hockey League draft eligibles and second overall in the Western Hockey League. He also led the Portland Winterhawks to a U.S Division title and the league’s regular season crown. And his personal production marked a phenomenal 59-point improvement from the year before which tied for most in the CHL and showcases an exciting trajectory for an elite offensive talent who continues to develop.

All of this culminated into Jarvis becoming the 13th overall pick in the 2020 NHL Draft, selected by the Carolina Hurricanes and the first of 28 WHL players off the board.

The #CHL forward who had a league-high 59-point jump to 98 this season with @TheWHL’s @pdxwinterhawks is selected 13th overall by @Canes in the 2020 #NHLDraft.#MeetTheFuture 🎥: https://t.co/SSQucWoitE pic.twitter.com/AjlO87T7YJ

“It felt like everything really took another step in my game,” Jarvis recollected to Russ Hobson of Global News. “I think I really developed my game in a big way, and then I think everything started to really click and the numbers started following. I was able to put the puck in a little bit more. I got more opportunity to shoot the puck and play with a lot more confidence.”

That confidence evolved from his rookie season where he recorded 39 points in 61 appearances as the 11th overall pick in the 2017 WHL Bantam Draft. While those figures weren’t flashy, they tied for second most among the league’s 16-year-old freshmen and foreshadowed the potential for when opportunity would arise.

Fast forward to his NHL Draft year where the Winnipeg native was listed a ‘B’ level Player to Watch in NHL Central Scouting’s early season assessment. That grade wouldn’t last long as the diminutive centre was particularly strong in the season’s second half, flashing his offensive determination to the tune of 63 points in the 26 games once the calendar turned to 2020. Over and above a trip to Hamilton and the 2020 Kubota CHL/NHL Top Prospects Game, his impressive stretch included just two nights where Jarvis was held off the scoresheet, while he also recorded at least one point in all 10 games played in January highlighted by a pair of season-high five-point performances he then matched the following month as part of an 11-game, 27-point succession.

Seth Jarvis of the @pdxwinterhawks was selected 13th overall by the @Canes at the 2020 #NHLDraft. We got his insight on the experience.#MeetTheFuture | @KubotaCanadaLtd pic.twitter.com/kqA7J5x6mE

Asked what led to his on-ice success in 2019-20, the First Team WHL Western Conference All-Star who mimics his game after WHL graduate and newly minted Stanley Cup champion Brayden Point was quick to credit his teammates and his coaching staff in Portland, but also pointed to a refreshed approach to his game.

“It was in my head mentally. I think I just played with a lot more confidence,” Jarvis added. “I knew what I could do on the ice and what I had to do to help the team be successful. I think playing with confidence really elevated my game. I wasn’t afraid to go out there and make mistakes and was not afraid to try some new things. I think when you start having success with (that), momentum follows and you start riding that wave and good things start to happen.”

While the shuttered 2019-20 campaign prevented Jarvis from showcasing his intriguing skill set in the postseason, his regular season success was enough to impress the scouting community as he sat 19th place among North American skaters at the midterms before landing at No. 11 in April’s final rankings.

Rod and Don welcome Seth Jarvis to the family 👊 pic.twitter.com/drBO3I2FTY

“(Jarvis) is definitely a player who would have benefitted from a playoff run on a young team,” wrote Sportsnet’s Sam Cosentino. “He had a meteoric rise in the second half of the season.”

The Canes most certainly took note of his rise to stardom and will watch with great interest as their first round pick readies for a busy season. A year that may include a spot on Team Canada defending gold on home ice at the 2021 World Juniors, and returning to a Winterhawks squad as one of the team’s most important veteran players taking on a leadership role as he continues to round out his game.

And having seen what Jarvis can do when given opportunity, he might just turn some heads when his first NHL Training Camp comes around.

Incredible feeling last night for my family and I, thank you to everyone who has helped me throughout this journey and to the @Canes couldn’t be more proud to be part of the organization! pic.twitter.com/txigwytpsg

“It’s something that I dreamed for since I started playing hockey. It’s been a goal of mine for a really long time,” Jarvis told reporters following his selection earlier this month. “I am super pumped to be a part of Carolina and I just can’t wait to get started.”