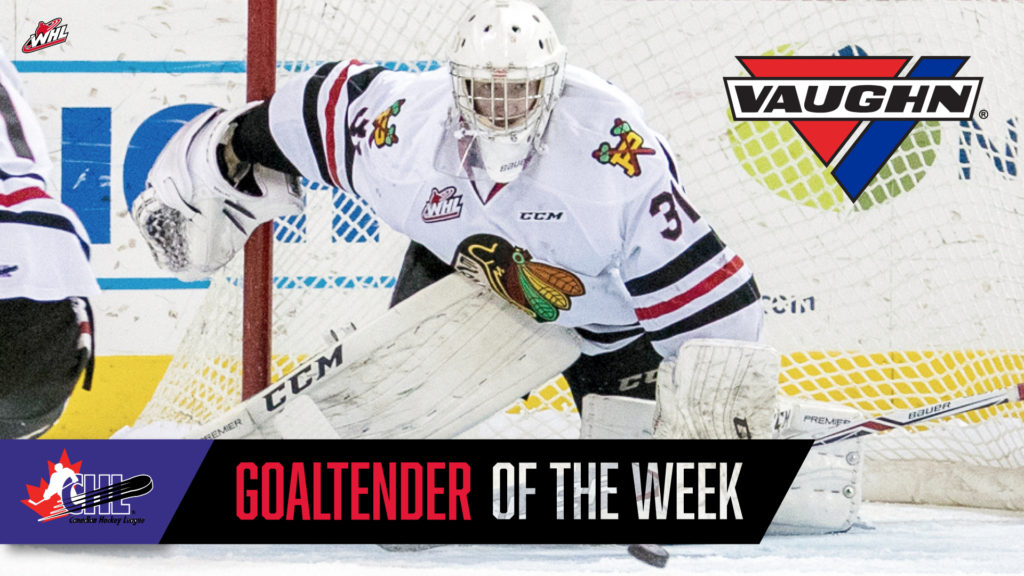 Toronto, ON – The Canadian Hockey League today announced that Cole Kehler of the Portland Winterhawks is the Vaughn CHL Goaltender of the Week for the week ending October 8 after posting a 2-0-0-0 record with a goals-against-average of 1.50 and save percentage of .945.

Kehler stopped 52 shots last week in a pair of victories over U.S Division rivals the Spokane Chiefs helping the Winterhawks take over first place with a 5-1-0-0 record.  On Friday night Kehler’s 30-save performance earned him first star honours in the 6-1 win at Spokane, then on Sunday he made 22 saves as part of a 7-2 win over the Chiefs on home ice for his fourth straight victory to open the 2017-18 season.

A native of Altona, Man., Kehler turns 20-years-old in December and is competing in his fourth and final WHL season.  He played his first two seasons with the Kamloops Blazers who selected him in the sixth round of the 2012 WHL Bantam Draft before joining the Winterhawks for the 2016-17 campaign where he posted a 32-17-0-3 record with two shutouts along with a goals-against of 3.10 and save percentage of .910.  So far this season he carries a 4-0-0-0 record with a goals-against-average of 2.25 and save percentage of .907.