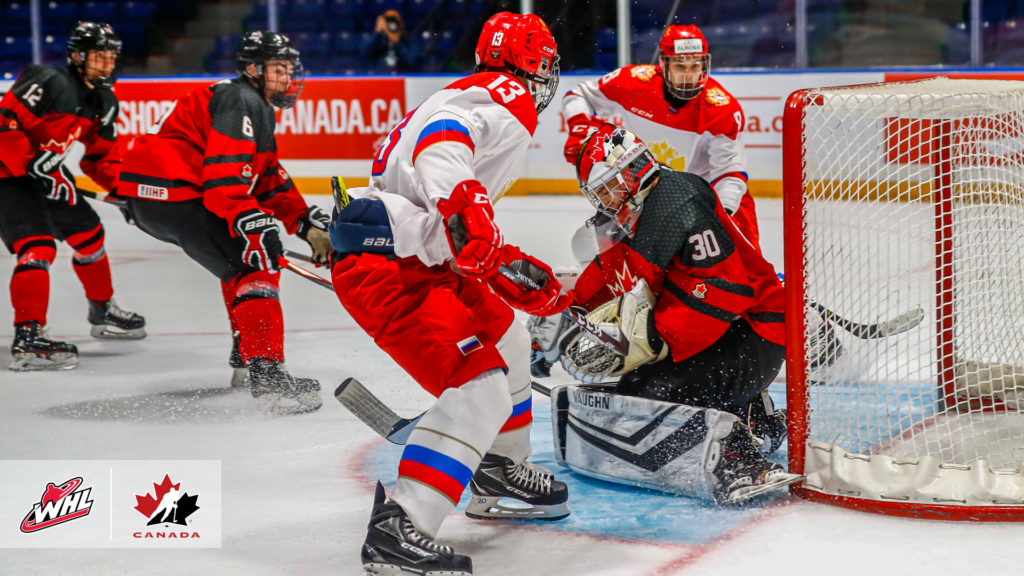 At the Innovation Credit Union iPlex, Canada Red rode a three-goal second period to a 4-3 win over Russia to open their schedule at the tournament.

At the Canalta Centre, Canada Black edged Canada White 6-5 in overtime for the opening action in Group A. Trailing 5-3 entering the third period, Canada Black scored three-unanswered goals to earn the come-from-behind victory.

Day Two at the 2019 World Under-17 Hockey Challenge

Day Two action at the tournament resumes with games between Finland and Sweden as well as a matchup between the United States and the Czech Republic.

All three Canadian teams return to action at the event Tuesday. Canada Black hosts the Czech Republic, Canada Red hosts Sweden, and Canada White serves as the visitor against the United States.