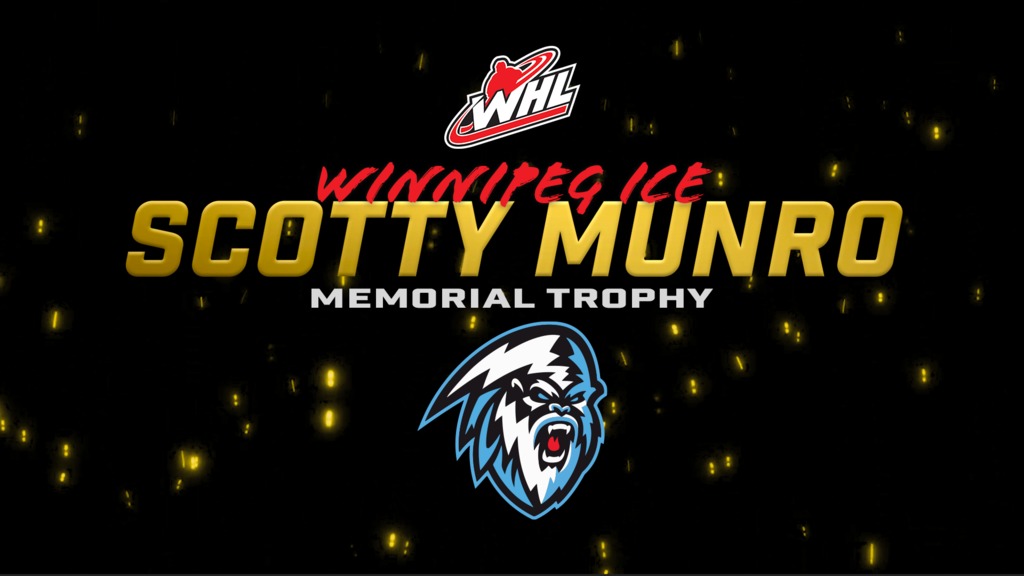 The ICE clinched the Scotty Munro Memorial Trophy on Sunday evening following an 8-2 victory over the Medicine Hat Tigers.

The ICE rattled off three impressive streaks throughout the campaign, including starting the season with 11 consecutive wins (October 1 through October 27). After dropping a 3-1 decision at Edmonton on October 29, the ICE returned to their winning ways, going 11-0-1-0 from October 30 through December 3. Finally, with the playoff push in full force, the ICE went 15-0-1-1 from February 27 through April 1.

Individually, it’s NHL Draft-eligible rookie Matthew Savoie who is enjoying a breakout campaign to lead the ICE offensively. The 17-year-old product of St. Albert, Alta., has collected 87 points (34G-53A) in 63 games to lead his team in scoring. Conor Geekie (23G-45A–68pts) – another projected first-round selection in the 2022 NHL Draft –  is fourth in team scoring and one of seven ICE players to have surpassed the 60-point plateau.

Between the pipes, 17-year-old Daniel Hauser took the Canadian Hockey League by storm, setting a WHL and CHL record for games started in a career without a regulation loss. The product of Chestermere, Alta., strung together an impressive run of 20-0-2-0 to start his WHL career, dating back to March 15, 2021. Hauser carried the mail for the ICE for the bulk of the campaign, going 32-3-1-0 with eight shutouts, a 1.97 goals-against average, and a .915 save percentage.

Heading into the final week of the 2021-22 WHL Regular Season, the ICE represent both the strongest offensive outfit as well as the stingiest defensive unit in the WHL. The ICE sit first in goals for with 305 while having allowed the fewest goals against (147) of any WHL Club this season. The ICE serve as the only WHL Club this season to have allowed fewer than 170 goals against.

On the bench, longtime NHL defenceman James Patrick continued to guide his Club to success, while General Manager Matt Cockell pulled together all the right pieces for Patrick and his coaching staff to put on the ice.

The 2018-19 Prince Albert Raiders represent the last East Division Club to claim the Scotty Munro Memorial Trophy. The Raiders went on to also win the WHL Championship Series in May 2019.

Having earned the Scotty Munro Memorial Trophy as WHL Regular Season champions, the Winnipeg ICE will finish first in the WHL’s Eastern Conference. They await confirmation of their first-round opponent for the 2022 WHL Playoffs, which are scheduled to begin Thursday, April 21.