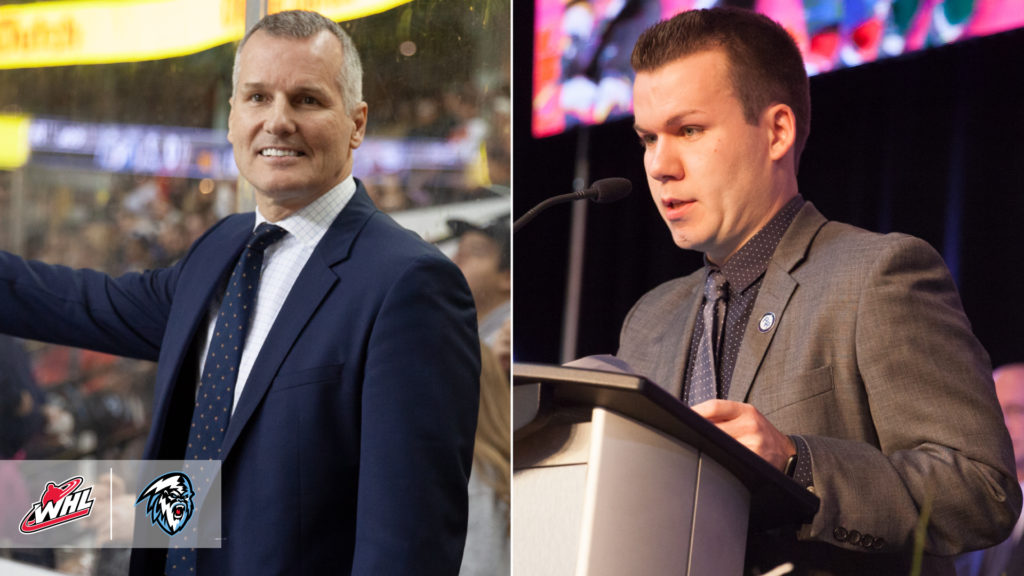 Winnipeg, Man. – The Winnipeg ICE announced this morning that the team has agreed to a three-year contract extension with Head Coach James Patrick. Patrick, a native of Winnipeg is in his third season with the ICE.

This season, the ICE have posted a 31-19-1-0 record through 51 games. The ICE are currently second in the East Division and fifth in the Eastern Conference. The team is ranked seventh overall in power play percentage at 22.7%.

Patrick played 1,280 NHL games over 21 seasons with the New York Rangers, Hartford Whalers, Calgary Flames and Buffalo Sabres. He represented Canada at the Olympic Games in 1984 as well as five World Championship appearances.

After announcing his retirement at the age of 42, he was immediately named to the Buffalo Sabres coaching staff where he joined Lindy Ruff behind the bench and served as an NHL assistant coach from 2006-2017 with the Sabres and Dallas Stars.

After 11 seasons coaching in the NHL, James Patrick accepted the Head Coach position of the ICE in the 2017-18. James Patrick is currently in his third season with the ICE.

“James has been instrumental in changing the culture of our organization over the last three years.” said ICE President and General Manager Matt Cockell. “We are excited that James will continue leading the development of ICE players moving forward.”

The ICE also announced the promotion of Jake Heisinger to Vice President of Hockey Operations and Assistant General Manager.

Heisinger joined the ICE ahead of the 2017-18 season where he worked closely with Cockell, building the ICE scouting and player development department. Heisinger, working closely with his scouting team lead the last two WHL Bantam Drafts where the ICE selected prospects that include Carson Lambos, Skyler Bruce, Karter Prosofsky, Matthew Savoie and Conor Geekie.

In his expanded role, Heisinger will also oversee all aspects of hockey operations for the Winnipeg Blues in the Manitoba Junior Hockey League.

“Jake brings passion, attention to detail and leadership to our team.” Cockell said. “In his expanded role, Jake will be involved in all aspects of hockey operations for the Winnipeg ICE and Winnipeg Blues.”

BREAKING | The Winnipeg ICE have announced promotion of Jake Heisinger to Vice President of Hockey Operations and Assistant General Manager.