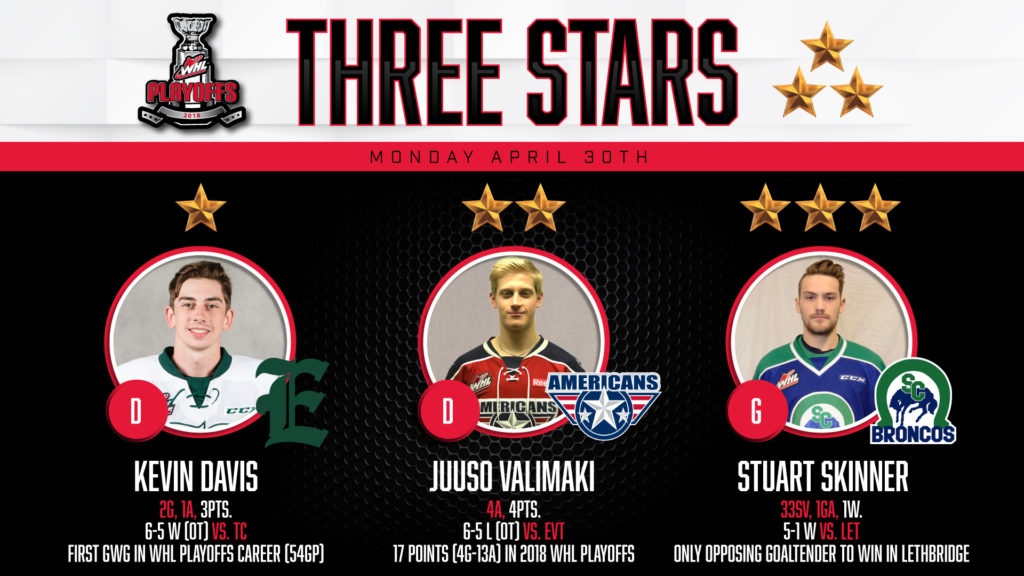 The final night of Conference Championship play in the 2018 WHL Playoffs produced a high-quality edition of the Western Hockey League Three Stars Monday.

Leading the pack tonight was Everett Silvertips defenceman Kevin Davis, who scored in the first overtime to complete a massive comeback for the visiting Silvertips, propelling them to the 2018 Rogers WHL Championship Series. The goal was Davis’ second of the evening. He also added an assist for the three-point game. The goal was the first game-winner of his WHL Playoffs career. In the 2018 WHL Playoffs, the Kamloops, B.C. product now has 14 points (3G-11A) in 16 games.

Earning second star honours for the evening was Tri-City Americans defenceman Juuso Valimaki (Calgary Flames), who had four assists in the overtime loss to the Silvertips. The blueliner from Nokia, Finland finished the 2018 WHL Playoffs with 17 points (4G-13A) in 12 games, placing him fifth in defensive scoring.

Rounding out the WHL Three Stars Monday was Swift Current Broncos goaltender Stuart Skinner (Edmonton Oilers), who stopped 33 of 34 shots to earn a 5-1 victory on the road against the Lethbridge Hurricanes. The victory was the first loss suffered by the Hurricanes on home-ice in the 2018 WHL Playoffs, helping the Broncos punch their ticket to the 2018 Rogers WHL Championship Series at the same time. The Edmonton, Alta. product has a 12-8 record including two overtime losses, a 2.32 goals-against-average, a .927 save percentage and four shutouts in the 2018 WHL Playoffs. 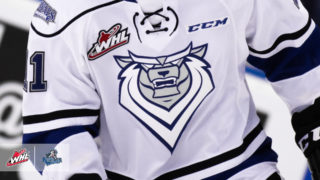