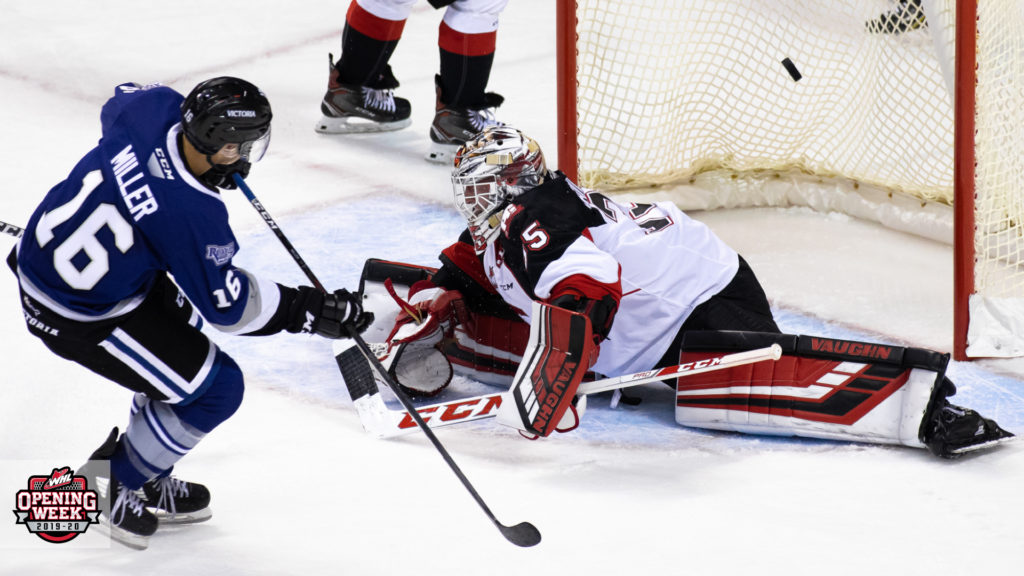 Eight games throughout three provinces and one state featured on the second-to-last day of WHL Opening Week 2019 Saturday. The Kamloops Blazers picked up a long-awaited victory against the Vancouver Giants while the Kelowna Rockets and Victoria Royals earned two points throughout the other action in British Columbia. The Medicine Hat Tigers erupted for an incredible offensive performance while Beck Warm and the Tri-City Americans spoiled the home-opening party for the Spokane Chiefs. 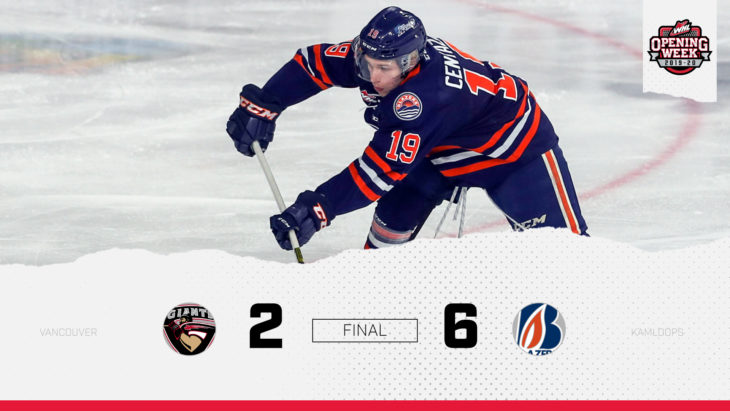 A four-point effort by Orrin Centazzo powered the Kamloops Blazers to their first regular-season victory against the Vancouver Giants since March 2, 2018 Saturday. That offensive performance included a pair of goals in the third period as the Blazers erupted for four goals as a group in the final 20 minutes. Logan Stankoven, Josh Pillar, captain Zane Franklin, and Montana Onyebuchi also scored in the victory.

Dylan Garand stopped 33 of 35 shots between the pipes. Milos Roman (Calgary Flames) and Tristen Nielsen scored for the Giants. 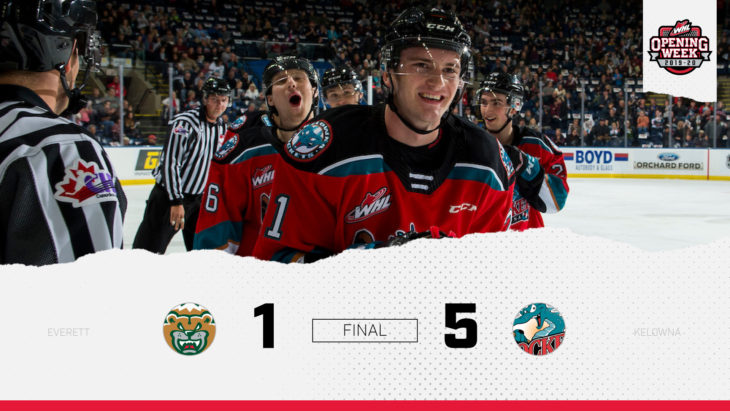 Five different skaters scored for the Kelowna Rockets as they topped the Everett Silvertips by a 5-1 score Saturday. Jake Lee scored in the first while Kyle Topping, Trevor Wong, and Liam Kindree inflated the lead to four after 40 minutes. Jackson Berezowski and Sean Comrie traded goals in the third. Roman Basran stopped 26 of 27 shots for the victory. Four other Rocket skaters recorded a pair of assists in the victory. 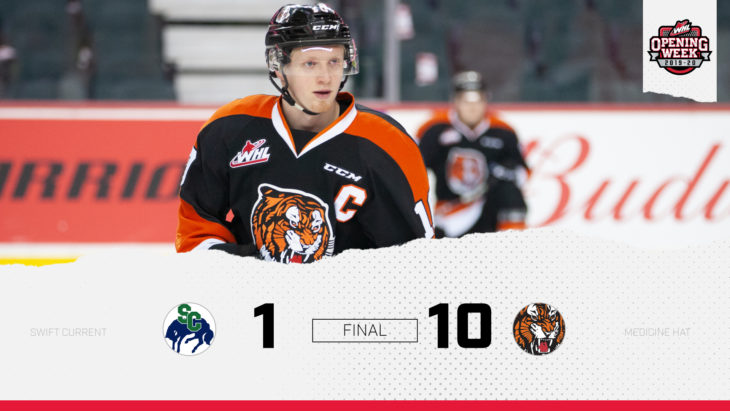 Eight different skaters had multi-point games for the Medicine Hat Tigers Saturday as their offence erupted in a 10-1 victory against the Swift Current Broncos. Captain James Hamblin has a pair of goals and an assist while Bryan Lockner scored twice. Eric Van Impe added three assists in the victory. Jonathan Brinkman, Tyler Preziuso, Brett Kemp, Cole Sillinger, Nick McCarry, and Cole Clayton also scored for the Tigers in the win. Garin Bjorklund stopped 32 of 33 shots for the victory. 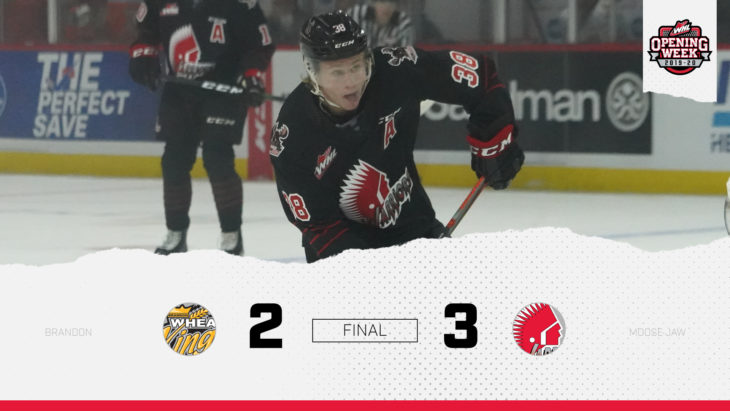 Ryder Korczak scored in the final minute of regulation Saturday, securing a home-and-home sweep for the Moose Jaw Warriors against the Brandon Wheat Kings. In a see-saw battle, Luka Burzan (Colorado Avalanche) and Jadon Joseph traded goals before Ben McCartney and Keenan Taphorn did the same. Bailey Brkin stopped 31 of 33 shots for the victory. 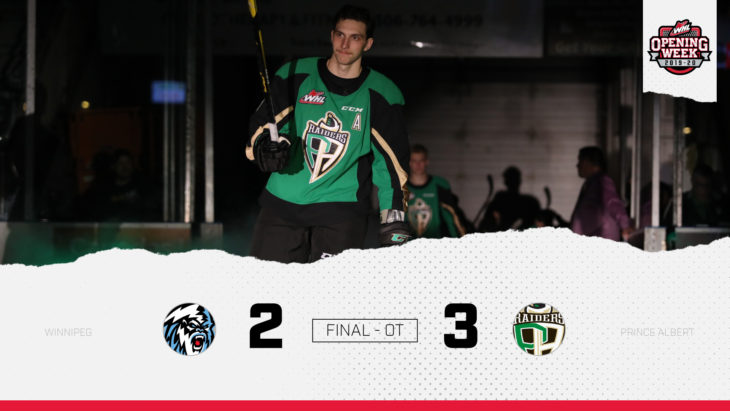 Jeremy Masella’s first goal of the season came at the perfect time, securing a 3-2 overtime victory for the Prince Albert Raiders Saturday at home against the Winnipeg ICE. Aliaksei Protas (Washington Capitals) and Ilya Usau put the Raiders up 2-0 through 40 minutes, but the ICE  answered back with goals by Michael Milne and Austin Schellenberg in the third. Boston Bilous stopped 16 of 18 shots for the victory. 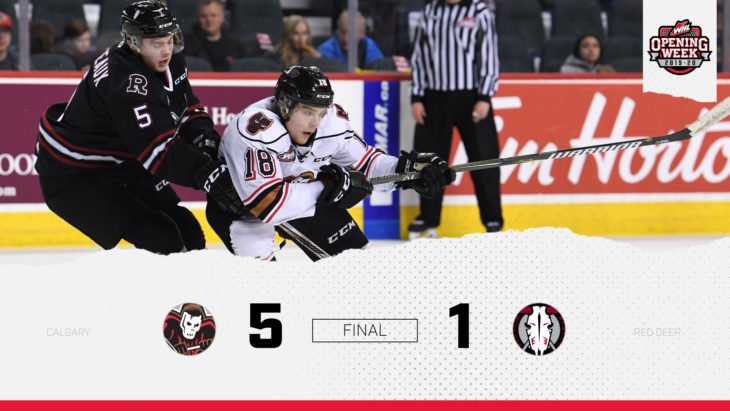 A natural hat trick by Riley Stotts (Toronto Maple Leafs) powered the Calgary Hitmen to a 5-1 win against the Red Deer Rebels Saturday night in central Alberta. Egor Zamula (Philadelphia Flyers) and Layne Toder also scored for the Hitmen while Rebels captain Dawson Barteaux (Dallas Stars) had the lone goal for the Rebels. Jack McNaughton stopped 15 of 16 shots for the victory. 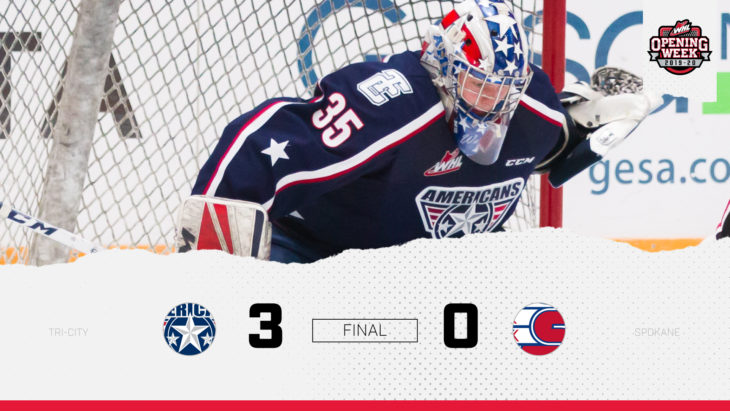 The Tri-City Americans spoiled the party in the Spokane Chiefs’ home opener Saturday, beating their U.S. Division opponents 3-0. Beck Warm stopped all 38 shots sent his way in 60 minutes of action.

Dom Schmiemann and Samuel Huo scored in the second period while Paycen Bjorklund added another in the third. Nick Bowman and Samuel Stewart each picked up a pair of assists in the victory. 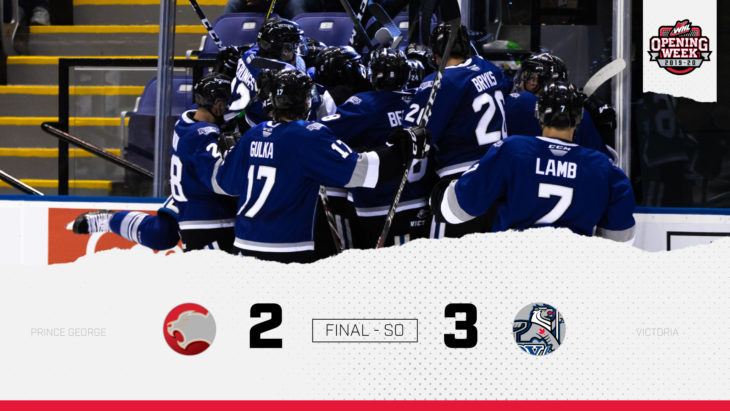 Gary Haden scored in the fourth round of the shootout Saturday, lifting the Victoria Royals to a 3-2 win and weekend sweep against the Prince George Cougars. Ethan Browne opened the scoring for the Cougars, but Keanu Derungs tied up the game in the second. Carson Miller gave the Royals their first lead of the game late in regulation, but Ryan Schoettler responded with 17 seconds left on the clock to force extra time. Shane Farkas won for the second time in as many days, making 25 saves on 27 shots.