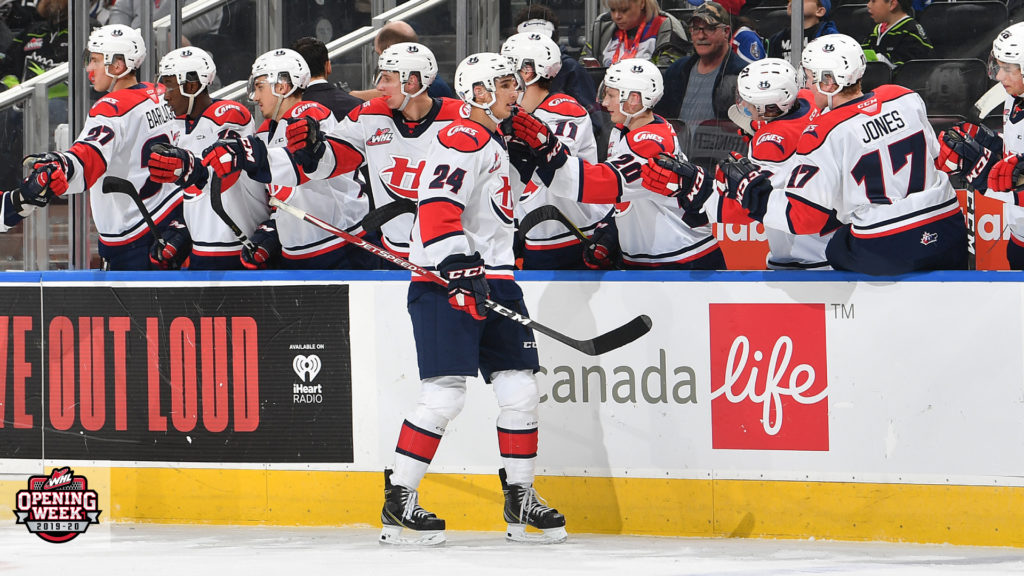 Four games took place Sunday as Western Hockey League Opening Week 2019 came to a close. In Saskatchewan, the Winnipeg ICE closed out their weekend road trip with a win against the Regina Pats. In Alberta, Dylan Cozens and Carl Stankowski led performances for the Lethbridge Hurricanes and Calgary Hitmen; respectively. In British Columbia’s Lower Mainland, the Vancouver Giants closed out their weekend with a strong performance at home. 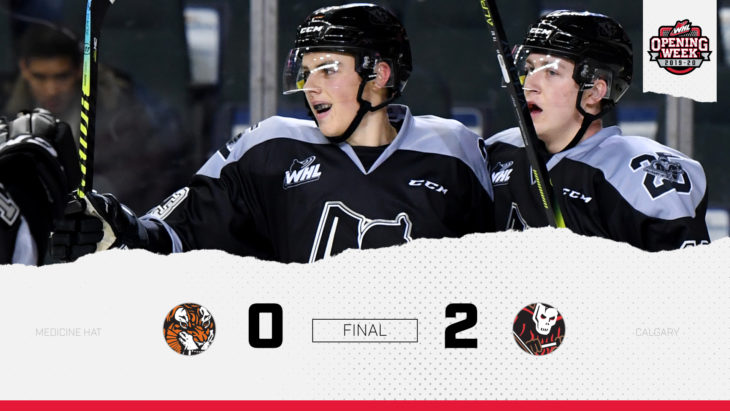 Calgary Hitmen goaltender Carl Stankowski stopped all 33 shots to record the first shutout of his WHL career Sunday in a 2-0 win against the Medicine Hat Tigers. Adam Kydd broke through for the first two goals of his WHL career to account for the only offence in the contest. Egor Zamula (Philadelphia Flyers), Carson Focht (Vancouver Giants), Sean Tschigerl, and Hunter Campbell each picked up a single assist in the victory. 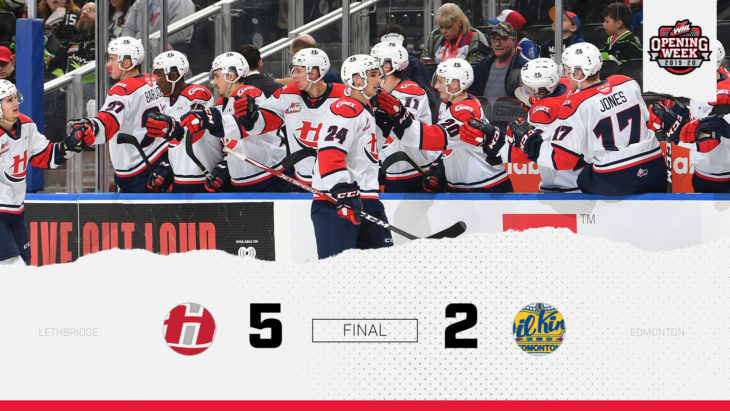 Dylan Cozens (Buffalo Sabres) had a pair of goals and four points as the Lethbridge Hurricanes stormed to a 5-2 win against the Edmonton Oil Kings. Calen Addison (Pittsburgh Penguins) and Oliver Okuliar each had a goal and an assist while Dino Kambeitz had the other goal for the Hurricanes. Bryan Thomson stopped 24 of 26 shots for the victory. Vladimir Alistrov and Riley Sawchuk scored for the Oil Kings. 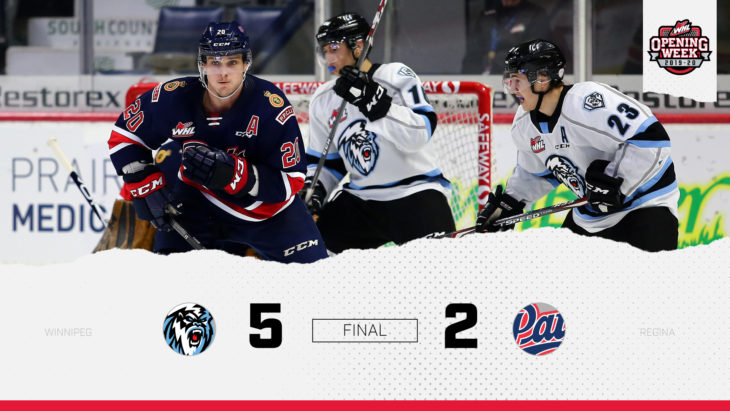 Carson Lambos had a pair of goals, including the game winner early into the third period as the Winnipeg ICE topped the Regina Pats by a 5-2 final. Michal Teply (Chicago Blackhawks), Cole Muir, and Isaac Johnson also scored for the ICE. Will Gurski stopped 19 of 21 shots for the first win in his WHL career, also adding an assist on Lambos’ game-winning goal.

Robbie Holmes and Austin Pratt scored in response for the Pats. 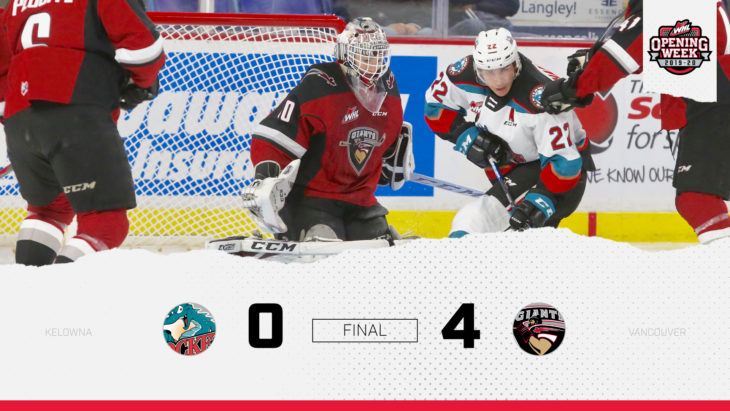 Milos Roman (Calgary Flames) and Justin Sourdif each had a pair of goals Sunday as the Vancouver Giants rolled to a 4-0 victory against the Kelowna Rockets. Dylan Plouffe and Bowen Byram (Colorado Avalanche) each had a pair of assists while David Tendeck (Arizona Coyotes) stopped all 14 shots for the eighth shutout of his WHL career.