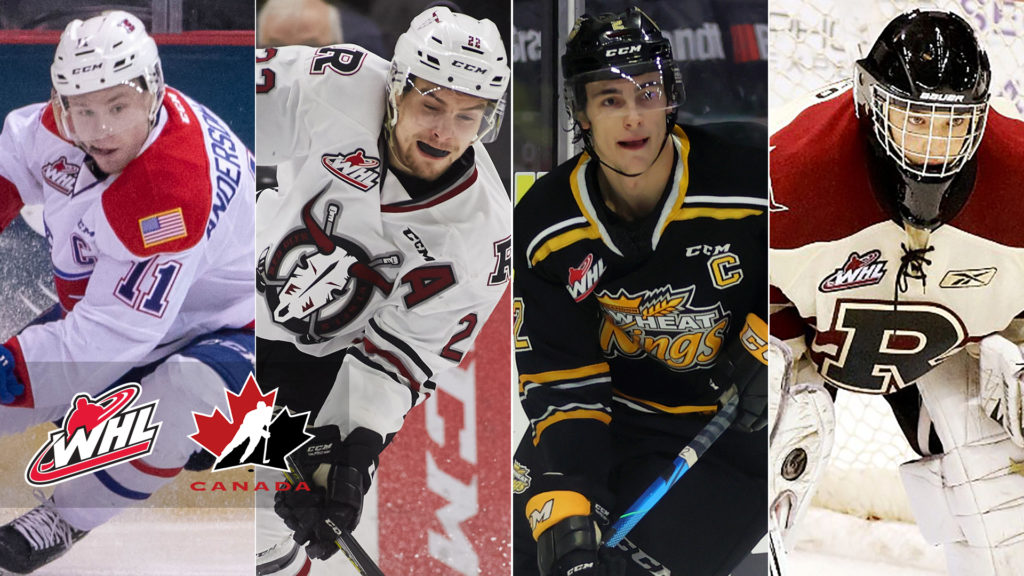 Dyck recently completed his third season as head coach of the Vancouver Giants, leading the club to a 12-10-0-0 record during the 2020-21 WHL season. He was named an assistant coach with Team Canada in May.

Michael Dyck is bringing a Gold Medal home from Latvia thanks to Canada's 3-2 overtime victory over Finland in the finals of the 2021 @IIHFHockey Championships today in Riga, Latvia.

Schneider, a prospect of the New York Rangers, finished with one assist in nine games played at the 2021 IIHF World Championship. He recorded 27 points (5G-22A) for the Wheat Kings during the 2020-21 WHL season and was named the 2020-21 East Division Defenceman of the Year.

Congratulations to Braden Schneider and @HockeyCanada on being World Champions!! 🥇 🇨🇦 #BWKFamily pic.twitter.com/RT95PpwFQq

Former Red Deer Rebels goaltender Darcy Kuemper made 29 saves in the gold medal game, finishing the tournament with five wins, a 2.17 goals-against average and 0.916 save percentage.

He was joined in the Canadian crease by his Arizona Coyotes teammate and former Portland Winterhawks netminder Adin Hill, who stopped 40 of 44 shots in his three appearances in the tournament.

Canadian forward Andrew Mangiapane, an alumnus of the Barrie Colts of the Ontario Hockey League and presently a member of the Calgary Flames, was named the tournament’s Most Valuable Player.