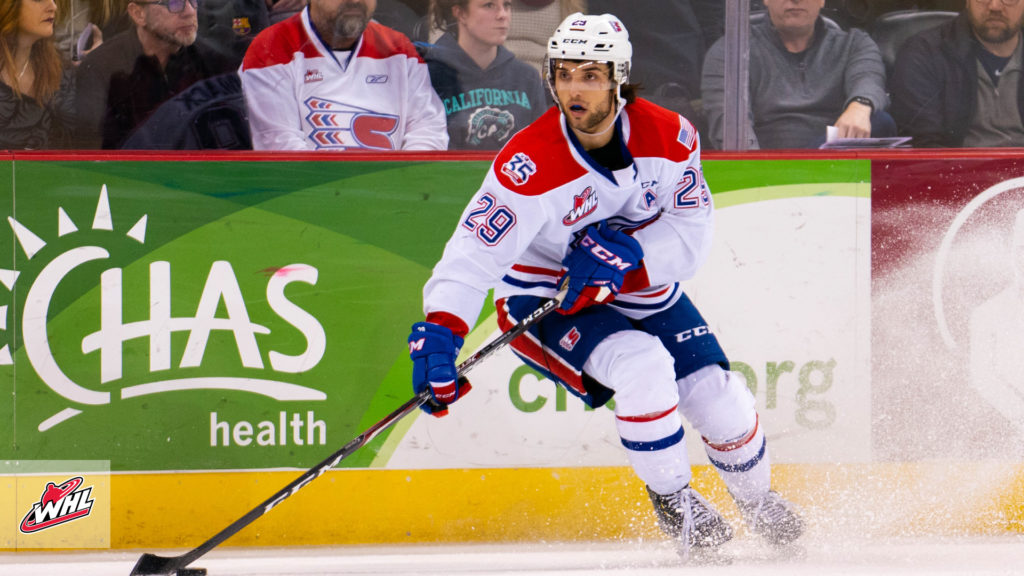 Following the 2020 Western Hockey League Trade Deadline, a nine-game schedule of WHL action allowed teams to build early chemistry with their newest acquisitions. In Manitoba, the Jiri Patera show featured for the Brandon Wheat Kings once more. The Saskatoon Blades and Prince Albert Raiders each played a little extra time to claim wins against the Edmonton Oil Kings and Prince George Cougars; respectively. The Lethbridge Hurricanes doubled up the Calgary Hitmen and the Medicine Hat Tigers stormed back with five-unanswered goals to defeat the Moose Jaw Warriors. Over in the Western Conference, the Kamloops Blazers topped the Kelowna Rockets to open a home-and-home set while the new-look Victoria Royals took down the Portland Winterhawks. South of the border, the Seattle Thunderbirds rolled offensively with an eight-goal showing against the Tri-City Americans. In eastern Washington, Eli Zummack extended his point streak to 16 games, aiding in a victory for the Spokane Chiefs. 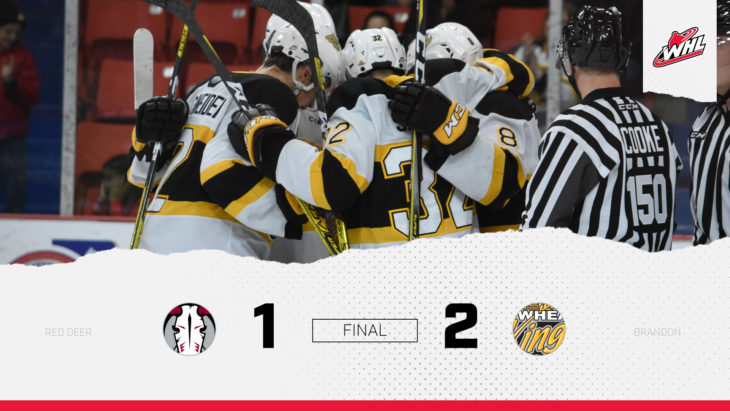 The Brandon Wheat Kings extended their winning streak to six games Friday with a 2-1 triumph over the Red Deer Rebels.

Luka Burzan (Colorado Avalanche) scored in the first and Marcus Sekundiak struck in the third to provide the offence for the Wheaties. Between the pipes, Jiri Patera stopped 41 of 42 shots for the near-perfect effort.

Dallon Melin’s fifth goal of the season was the lone source of offence for the Rebels. 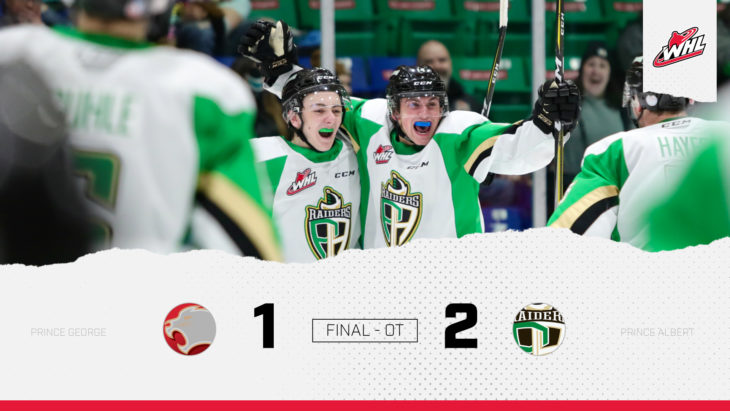 Two of the newest acquisitions for the Prince Albert Raiders paved their team’s way to a 2-1 overtime victory against the Prince George Cougars Friday.

Max Paddock stopped 20 of 21 shots for the victory while Matthew Culling notched the overtime goal to end the game, marking his first goal in a Raider uniform. Jonny Hooker scored his first goal in a Cougar uniform to account for their lone goal of the game.

In a superb effort, Taylor Gauthier stopped 39 of 40 shots, narrowly taking the loss. 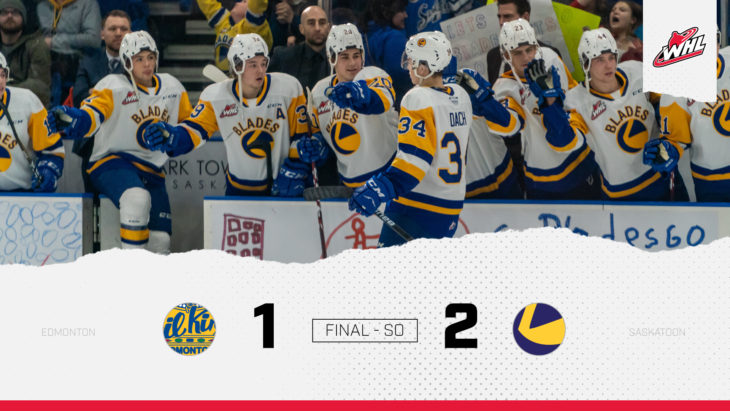 Rookie Koen MacInnes posted another strong performance between the pipes, making 36 saves through 65 minutes and allowing just a single goal on the subsequent five shootout attempts. 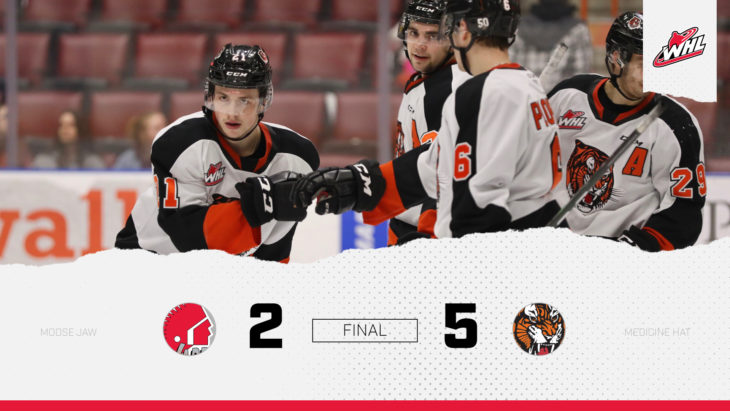 Newcomer Logan Doust and captain Owen Hardy scored in the first for the Warriors to put them ahead early, but a goal from Caleb Willms cut the deficit to one heading to the second.

The Tigers would pounce in the third as Sillinger tied the game up before Kemp scored the game-winning goal and notched the first of two empty-net goals for the Tigers. Daniel Baker would claim the other empty netter to round out the scoring.

Between the pipes, 2020 NHL Draft prospect Garin Bjorklund recovered from the early blemishes to stop 22 of 24 shots and earn the win. 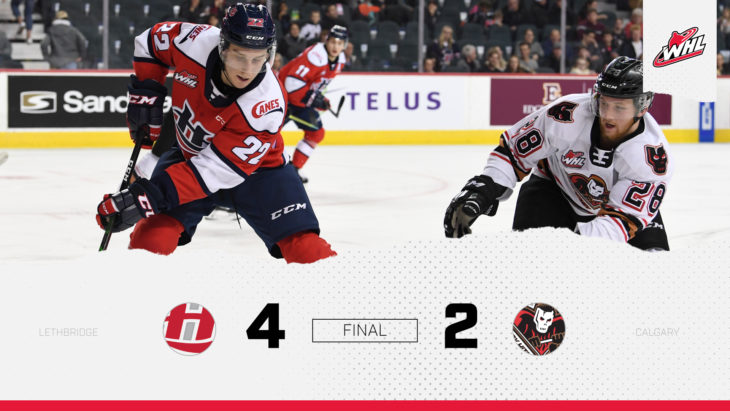 No Cozens, no Addison, no problem for the Lethbridge Hurricanes. Three goals in the third period powered the Hurricanes to a 4-2 win against the Calgary Hitmen Friday night in the Stampede city.

2020 NHL draft prospect Noah Boyko and Josh Prokop traded goals in the first period. Dino Kambietz would eventually break the 1-1 deadlock 112 seconds into the third, setting off a chain of scoring. Riley Stotts (Toronto Maple Leafs) tied up the game, but goals from Alex Cotton and Oliver Okuliar provided the eventual difference later on.

Carl Tetachuk made 22 saves for the win. Hitmen captain Mark Kastelic (Ottawa Senators) posted a pair of assists in the loss. 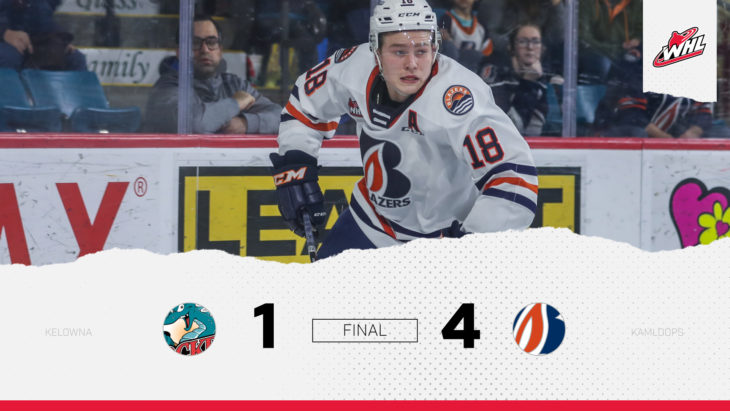 2020 NHL Draft prospect Connor Zary scored twice and newcomer Libor Zabransky found the back of the net in his first game with the Kamloops Blazers as they downed the Kelowna Rockets 4-1.

After the pair each scored in the first, Zary notched his second of the game in the middle period to make it a 3-0 game before Matthew Wedman (Florida Panthers) broke up the shutout before the close of the second frame. Brodi Stuart capped off the scoring in the third with his fourth of the season. 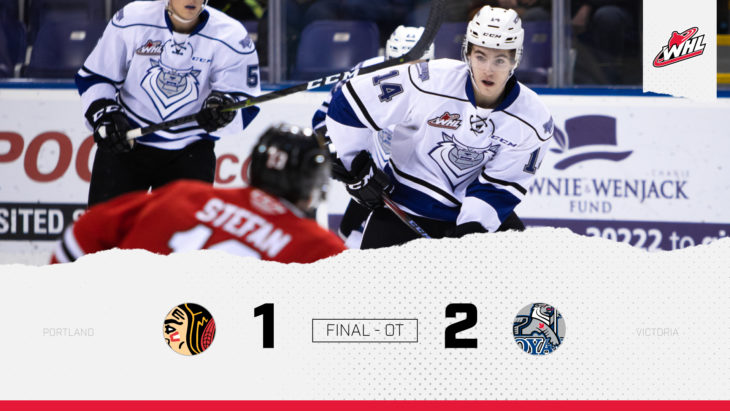 The new-look Victoria Royals took down the Portland Winterhawks by a 2-1 score in overtime Friday on home ice.

Brayden Tracey’s (Anaheim Ducks) first goal in a Royal uniform came 1:46 in overtime to clinch the extra point. Reece Newkirk (New York Islanders) opened the scoring in the first period and Keanu Derungs responded in the third before Tracey won it.

Shane Farkas put forth another excellent performance, making 42 saves on 43 shots against his former team. 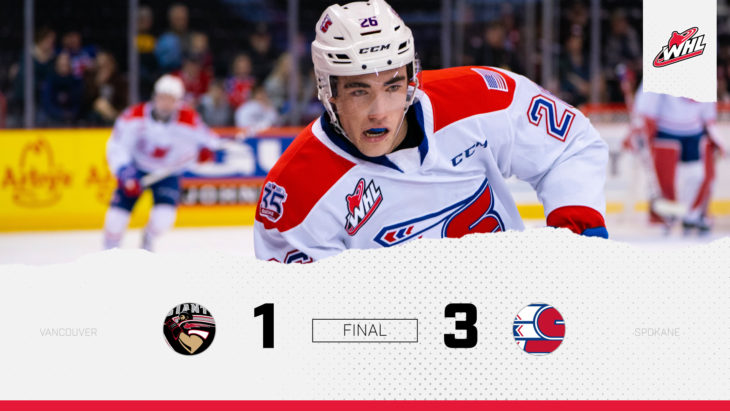 Eli Zummack’s goal to extend his point streak to 14 games stood up as the game-winning strike in a 3-1 victory for the Spokane Chiefs against the Vancouver Giants Friday in eastern Washington.

Michael King and Tristen Nielsen traded goals in the second period. That set the stage for the third, where Zummack and 2020 NHL Draft prospect Jack Finley both found the back of the net. Adam Beckman (Minnesota Wild) earned an assist to keep pace in a tie for the lead of the WHL scoring race.

Lukas Parik (Los Angeles Kings) made 41 saves for the victory. 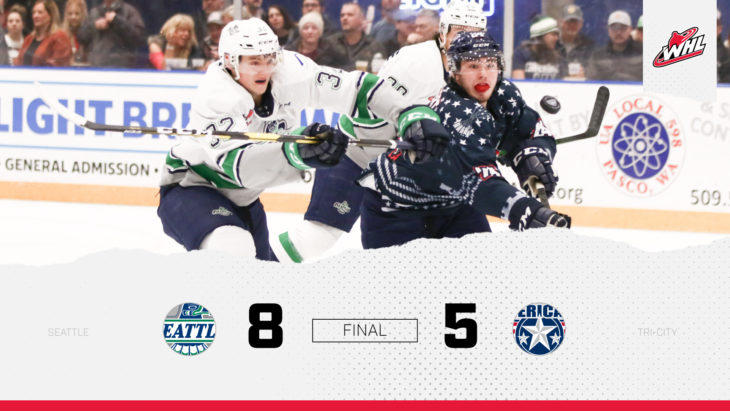 The Seattle Thunderbirds scored four times in the first period and rode the wave of offence to an 8-5 victory against the Tri-City Americans Friday.

Conner Bruggen-Cate and Jared Davidson each had a pair of goals, while Davidson finished with a three-point night. Andrej Kukuca tallied a goal and two assists for his three-point performance while Kai Uchacz and Tyrel Bauer each picked up a pair of helpers.

Mekai Sanders notched the first goal of his WHL career as part of a multi-point game while Keltie Jeri-Leon and Conner Roulette also scored.

Roddy Ross (Philadelphia Flyers) made 29 saves to claim the win.