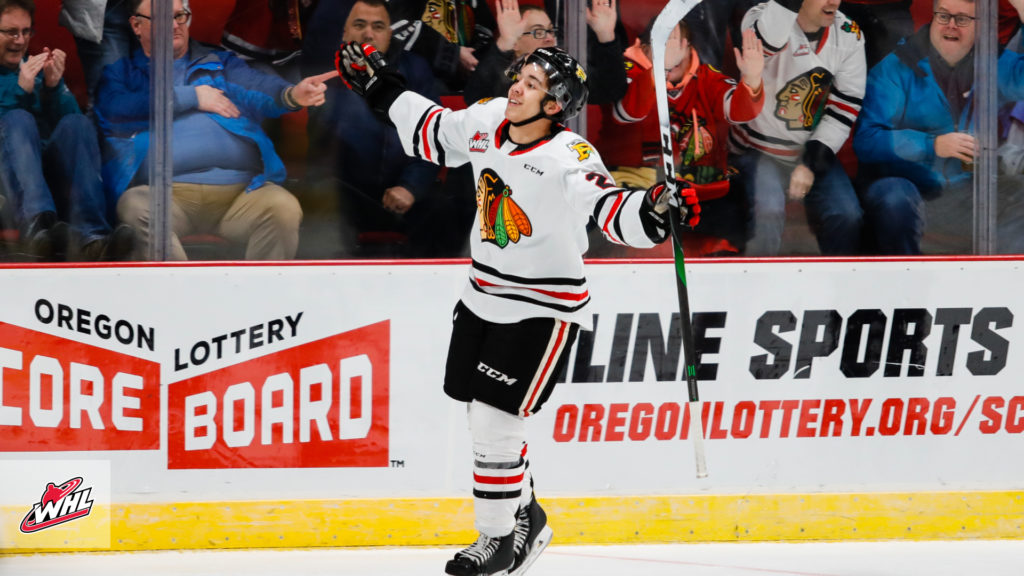 Three final games brought the 2010s to a close for the Western Hockey League Tuesday. In the lone Eastern Conference game of the evening, Luka Burzan powered the Brandon Wheat Kings to a victory against the Moose Jaw Warriors. South of the border, the Portland Winterhawks and Tri-City Americans rang in the new year and decade with wins in front of sold-out crowds. The Winterhawks were able to claim victory thanks to a game-winning goal by Jaydon Dureau while the Americans won in overtime on a goal by Marc Lajoie. 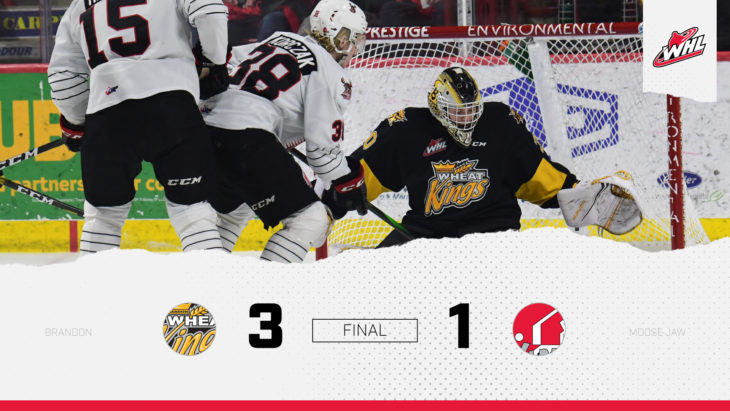 Luka Burzan (Colorado Avalanche) scored twice, including the game-winning goal, as a pair of late goals in the third made the difference in the contest. Burzan gave the Wheat Kings a 1-0 lead through 20 minutes and Calder Anderson’s first-ever WHL goal tied things up through 40 minutes.

However, the Wheat Kings would press ahead with Burzan’s second goal with 2:40 remaining and an empty-net goal by 2020 NHL Draft prospect Ridly Greig.

2020 NHL Draft prospect Ethan Kruger made 23 saves on 24 shots to earn the victory while Adam Evanoff kept his team in the game with a 36-save performance. 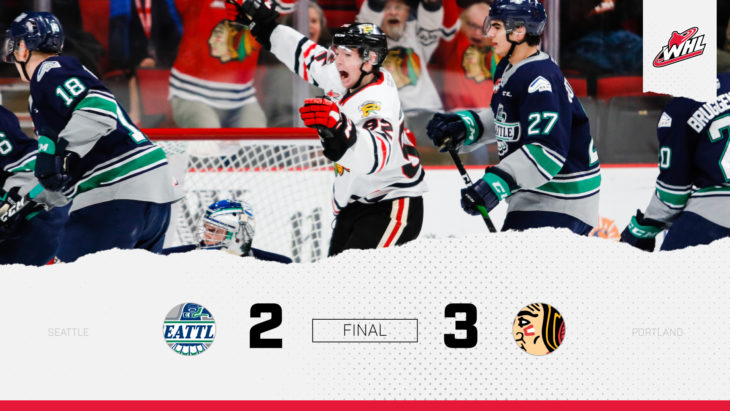 The Portland Winterhawks closed out 2019 with a 3-2 victory against the Seattle Thunderbirds for their 25th victory of the season Tuesday in Oregon.

Cade McNelly opened the scoring for the visiting Thunderbirds, but both Jack O’Brien and Kishaun Gervais scored in a 34-second span midway through the period to make it a 2-1 game in favour of the home side through 20 minutes.

Jaydon Dureau netted his fifth goal of the season midway through the second, which would prove to be a timely goal. Just 92 seconds after the 3-1 goal, Conner Bruggen-Cate struck for Seattle to make it a 3-2 contest, which is how things would end up.

Isaiah DiLaura stopped 17 of 19 shots to earn the victory. At the other end of the ice, Roddy Ross (Philadelphia Flyers) turned in a strong performance with 47 saves in the narrow loss. 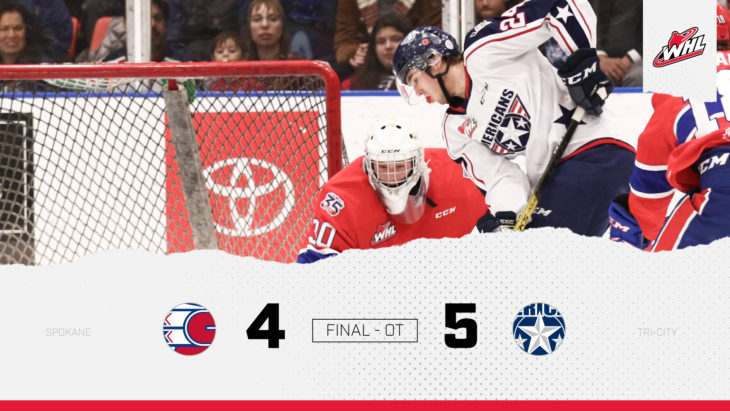 Marc Lajoie scored 76 seconds into overtime Tuesday as the Tri-City Americans celebrated a 5-4 win against the Spokane Chiefs on home ice.

The Americans enjoyed a strong start to the contest with three goals in the opening period. Edge Lambert and Luke Toporowski traded goals before short-handed strikes from Krystof Hrabik and Blake Stevenson put the home side up by a pair.

Beginning their comeback bid in the second, Adam Beckman (Minnesota Wild) had the lone goal of the frame to bring his team within a goal heading to the third.

After early goals by Sasha Mutala (Colorado Avalanche) and 2020 NHL Draft prospect Bear Hughes in the third, Luke Toporowski brought the Chiefs level against their opponents with 7:55 left in regulation.

That’s how things would stand until Lajoie broke past a defender and notched his fifth goal of the season for the game-winning strike. Mutala picked up the lone helper on the overtime goal, completing a three-point night with his second assist.

Between the pipes, Beck Warm made 25 saves to earn the win.