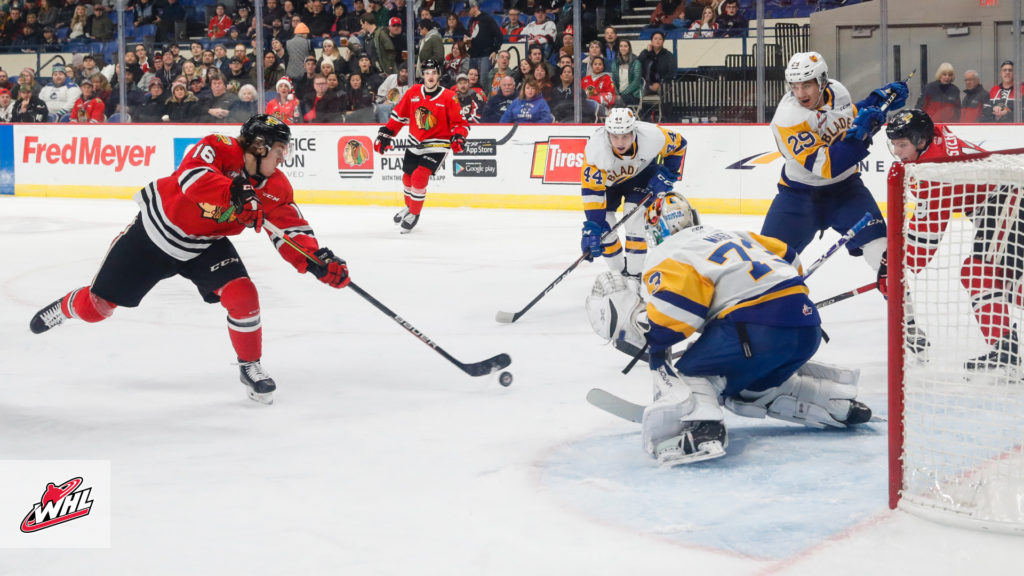 A light schedule of two games in the Western Hockey League saw different types of matchups play out in the U.S. Division Sunday. In Washington, the Everett Silvertips wrapped up a three-in-three weekend with a 4-3 overtime victory against the Tri-City Americans. Captain Bryce Kindopp led the way with a pair of goals and four points while Keegan Karki earned the victory between the pipes. In Oregon, the Portland Winterhawks earned their fourth-straight victory on home ice by exhibiting strengths on both sides of the puck. Joel Hofer recorded sixth shutout of the season while Mason Mannek had a four-point night and three other Winterhawks scored twice. 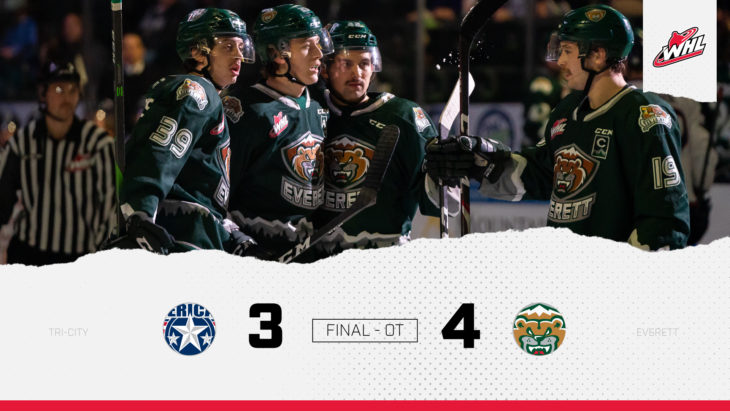 Everett Silvertips captain Bryce Kindopp completed a four-point night with the game-winning goal in overtime Sunday as the Silvertips topped the Tri-City Americans by a 4-3 final.

Edge Lambert opened the scoring on the power play for Tri-City, but Kindopp responded minutes later to tie up the game. The Americans would take the lead into the first intermission though as Samuel Huo notched his sixth of the season for the 2-1 advantage through 20 minutes.

Wyatte Wylie (Philadelphia Flyers) brought the Silvertips back into the game in the second, scoring 47 seconds into the period to tie up the game and then again 6:31 into the period to give the home side their first lead of the game. The Americans would respond with a power-play goal from Krystof Hrabik’s stick though to keep the teams tied through 40 minutes.

That’s how things would stand for all of the third and then into the extra period before Kindopp scored with 2:08 remaining.

Keegan Karki stopped 19 of 22 shots to earn the victory. Talyn Boyko made a career-high 48 saves in the narrow loss.

Sasha Mutala (Colorado Avalanche) and Samuel Stewart each had a pair of assists in the loss. 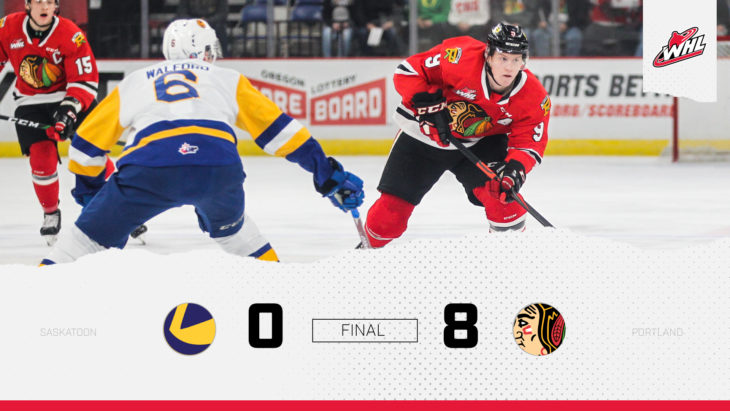 The Portland Winterhawks took care of both sides of the puck in an 8-0 shutout of the visiting Saskatoon Blades Sunday to earn their fourth-straight home victory.

Offensively, Mason Mannek had a four-point night that included his fourth goal of the season and three helpers. Shining on the scoresheet for the Winterhawks were 2020 NHL Draft prospects Jonas Brøndberg and Cross Hanas, who each scored twice. Rookie Gabe Klassen also contributed a pair of goals in the victory. Rounding out the scoring was Jack O’Brien’s third goal of the season.

Kishaun Gervais, Tyson Kozak, and 2020 NHL Draft prospect Simon Knak, each had a pair of assists in the victory.

That was more than enough offence for Joel Hofer (St. Louis Blues), who was his spectacular self with a 22-save shutout.