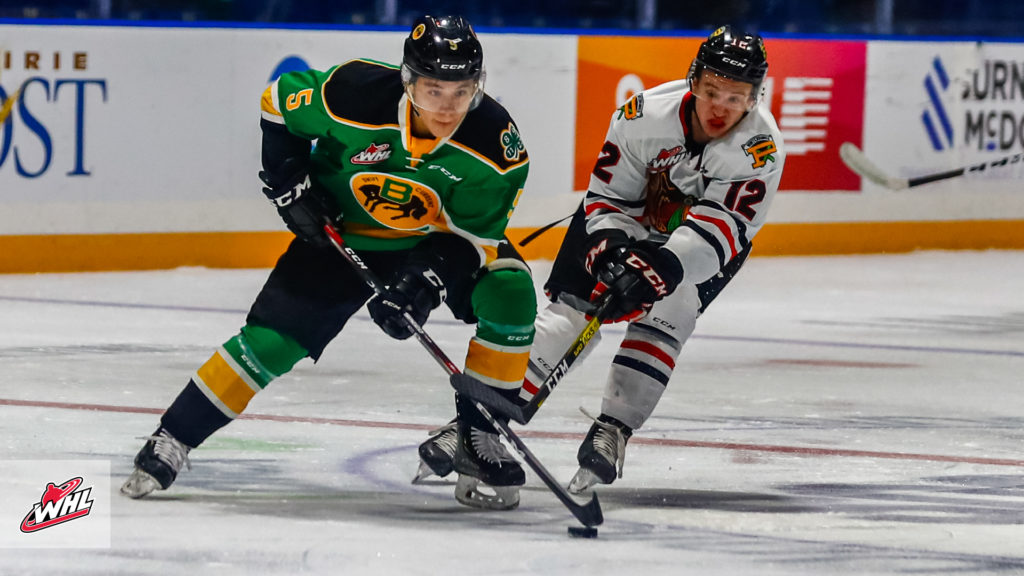 Wednesday’s Western Hockey League action saw four games on the schedule with the home side and away side each claiming a pair of victories. In Saskatoon, the Blades won on home ice for the first time this season. In Moose Jaw, the Warriors had to work a little overtime, but Jadon Joseph sent the fans home happy. The Portland Winterhawks played their lone game of the regular season in the province of Saskatchewan, turning on the offensive jets for a rout. On Vancouver Island, the Everett Silvertips extended their road winning streak to three games against the Victoria Royals. 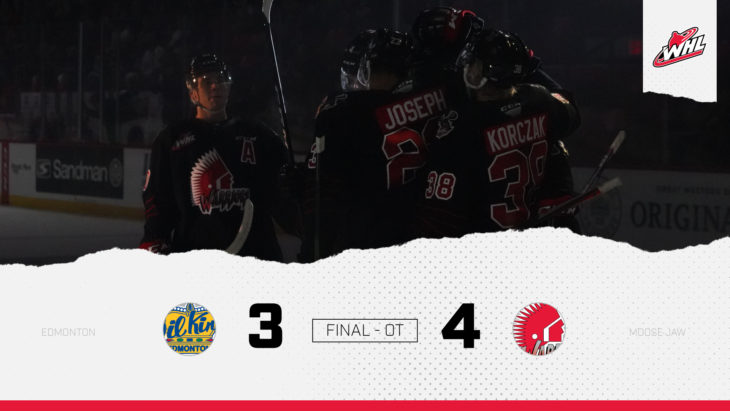 The Moose Jaw Warriors were forced to play some extra hockey, but still earned the full two points after Jadon Joseph lifted his team over the Edmonton Oil Kings 4-3 in overtime. Keenan Taphorn opened the scoring for the home side, but the Oil Kings responded with goals from Riley Sawchuk and Matthew Robertson (New York Rangers) to take the lead.

Owen Hardy and Matthew Benson took back the lead for the Warriors, but a last-minute goal by Liam Keeler put the Warriors’ pursuit of two points in doubt. However, Joseph scored his third of the season with 2:11 left in overtime to complete his three-point night and earn the extra point. Bailey Brkin earned his league-leading fifth win of the season, stopping 33 of 36 shots. 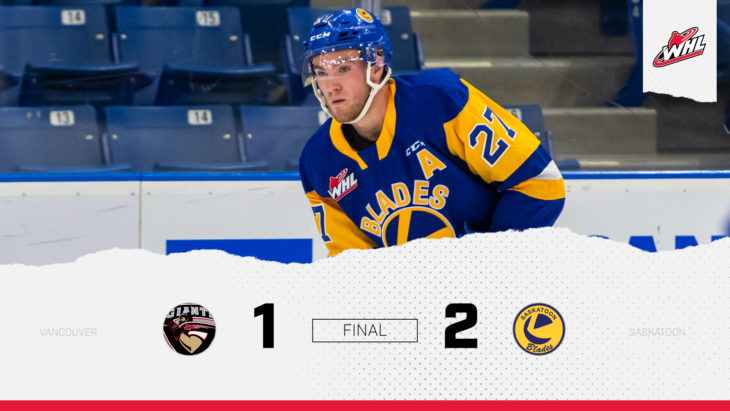 The Saskatoon Blades celebrated a win on home ice for the first time this season with a 2-1 result against the Vancouver Giants Wednesday.

Blades captain Chase Wouters opened the scoring 78 seconds into the game. The Giants didn’t have a response until Dylan Plouffe scored midway through the third. The Blades would finish on top though as Nolan Kneen notched his first of the season with 6:32 left in regulation. Nolan Maier stopped 30 of 31 shots for the win. 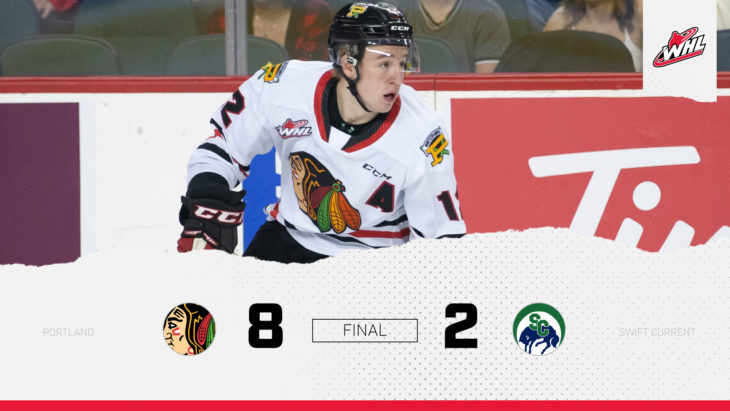 The Portland Winterhawks’ lone trip to Saskatchewan this season saw them erupt for four goals in the third period to win by an 8-2 final against the Swift Current Broncos. Saskatchewan-born talent played a key role in the win as Moose Jaw’s Reece Newkirk (New York Islanders) had a goal and four points while White City’s Jaydon Dureau had three helpers. Rouleau’s Kade Nolan also picked the prime opportunity to score the first goal of his WHL career, doing so in his home province.

Captain Johnny Ludvig (Florida Panthers) had a goal and three points as eight different Winterhawks skaters scored in the lopsided win. In his return to Swift Current, Joel Hofer (St. Louis Blues) turned aside 24 of 26 shots to earn the win.

Swift Current’s Aiden Bulych scored the first goal of his WHL career in the loss. 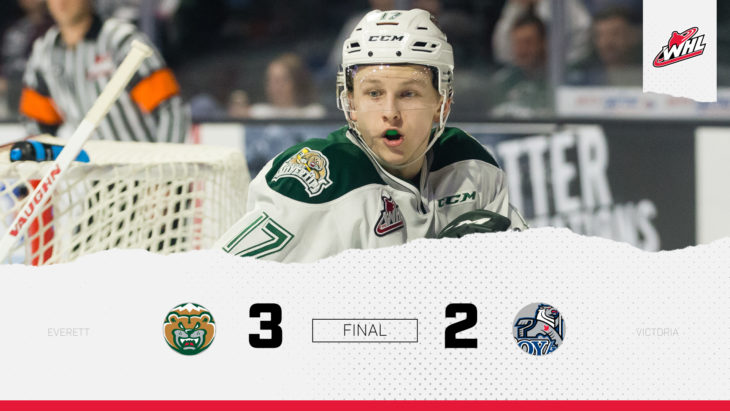 Jackson Berezowski scored with 4:09 left in regulation Wednesday as the Everett Silvertips topped the Victoria Royals by a 3-2 score on Vancouver Island. Tarun Fizer opened the scoring for the home side, but the Silvertips responded with a league-leading eighth goal from captain Bryce Kindopp and Brendan Lee’s second goal in as many games to take the lead.

Logan Doust would tie up the game late in the second, but the Silvertips would pull ahead for good on Berezowski’s third of the season. Dustin Wolf (Calgary Flames) stopped 31 of 33 shots for the win.