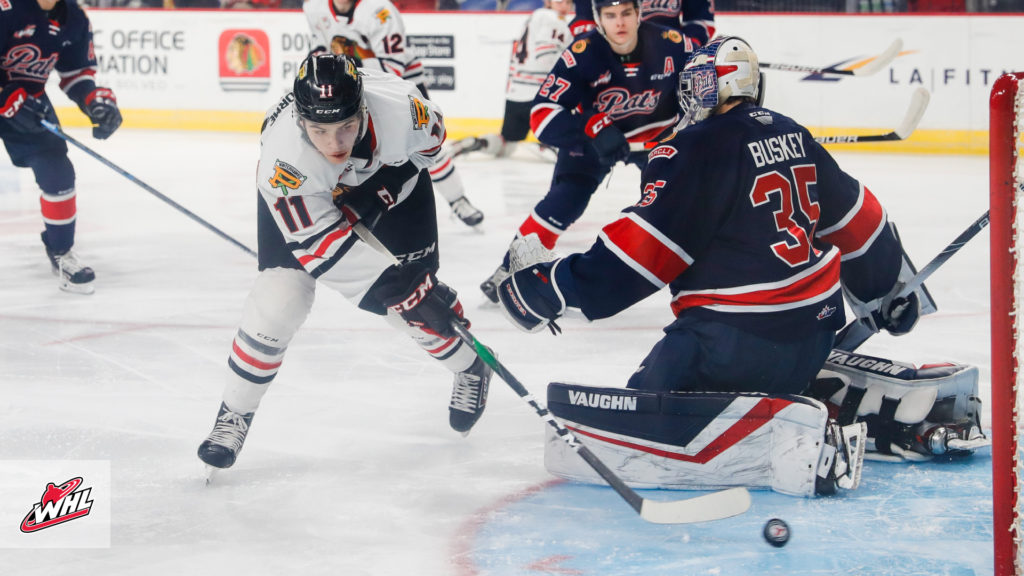 A light four-game schedule of action featured plenty of scoring Tuesday in the Western Hockey League. In the lone game of the night in the Eastern Conference, the division-leading Winnipeg ICE topped the Prince George Cougars 5-1 to remain hot. In the B.C. Division, the Victoria Royals opened up a mid-week set against the Tri-City Americans with a 3-1 victory. South of the border, the Kamloops Blazers doubled up the Spokane Chiefs 6-3 off four-point performances by Orrin Centazzo and Zane Franklin. Closing out the night, the Portland Winterhawks scored a season-high nine goals in a 9-4 win over the visiting Regina Pats. 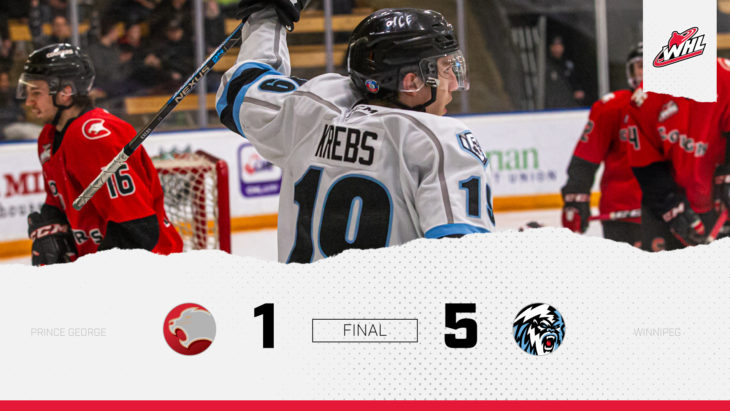 The Winnipeg ICE gave up the opening goal of the game Tuesday, but responded with five goals of their own to the tune of a 5-1 win against the Prince George Cougars. Isaac Johnson led the offensive effort with a pair of goals and four points while 2020 NHL Draft prospect Ben Zloty tallied three assists.

Majid Kaddoura opened the scoring with his new team just 129 seconds into the game. From there, Michal Teply (Chicago Blackhawks) evened up the game through 20 minutes. Johnson struck for both goals in the second period while Dawson Barteaux (Dallas Stars) and captain Peyton Krebs (Vegas Golden Knights) scored in the third. 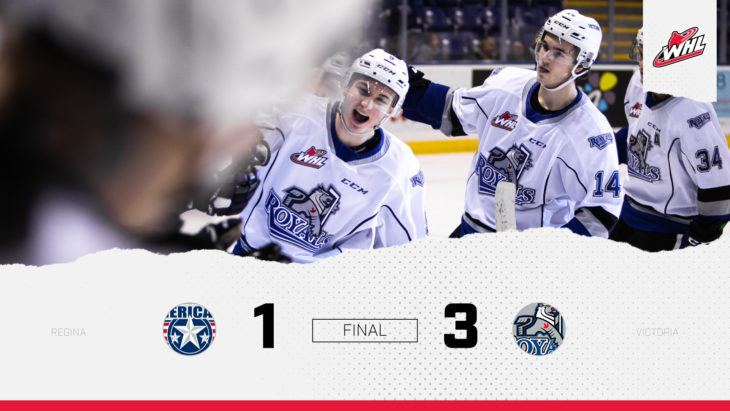 Matthew Smith posted a goal and an assist as the Victoria Royals downed the Tri-City Americans by a 3-1 final on Vancouver Island.

Brayden Tracey (Anaheim Ducks) opened the scoring early in the second, with Smith scoring later in the middle frame to give the Royals a 2-0 lead through 40 minutes. In the third, Brandon Cutler and Americans captain Krystof Hrabik traded goals.

Shane Farkas finished with 22 saves for the victory. 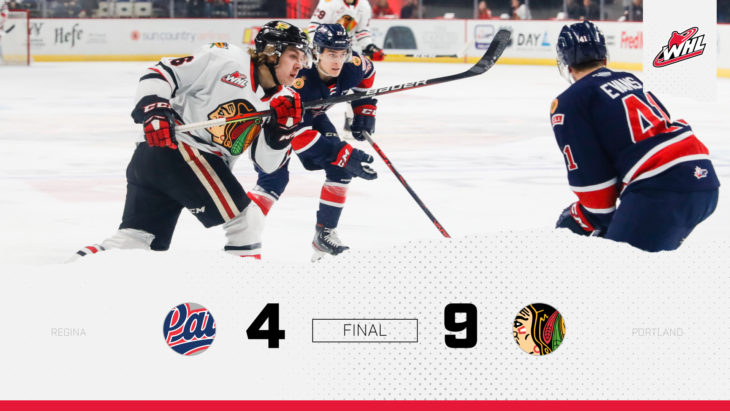 Led by a four-point performance by captain Johnny Ludvig (Florida Panthers), the Portland Winterhawks scored a 9-4 win over the Regina Pats Tuesday.

A pair of goals by Carson Denomie as well as strikes by Jan Cikhart and Carter Chorney featured for the Pats.

Joel Hofer (St. Louis Blues) made 33 saves for the victory. 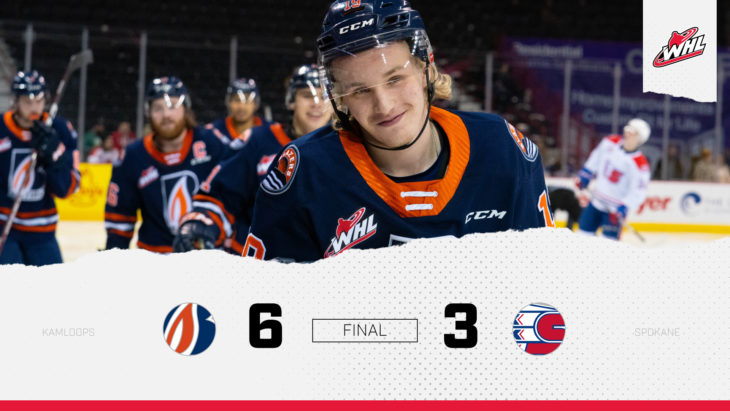 Orrin Centazzo recorded the first hat trick of his WHL career as part of a four-point night while captain Zane Franklin also found the score sheet four times himself in a 6-3 win over the Spokane Chiefs.

Goals from Daylan Kuefler and Centazzo in a 30-second span made it 2-0 late in the first period. Goals from Centazzo and Logan Stankoven followed in a 53-second span during the early part of the second.

Michael King and Ty Smith (New Jersey Devils) would answer back for the Chiefs to make it a 4-2 game, but the Blazers continued to bring it in the third. Goals from Centazzo and Franklin featured while Adam Beckman (Minnesota Wild) notched his 31st goal of the season midway through the final frame.

Rayce Ramsay stopped 28 of 31 shots to claim the win.