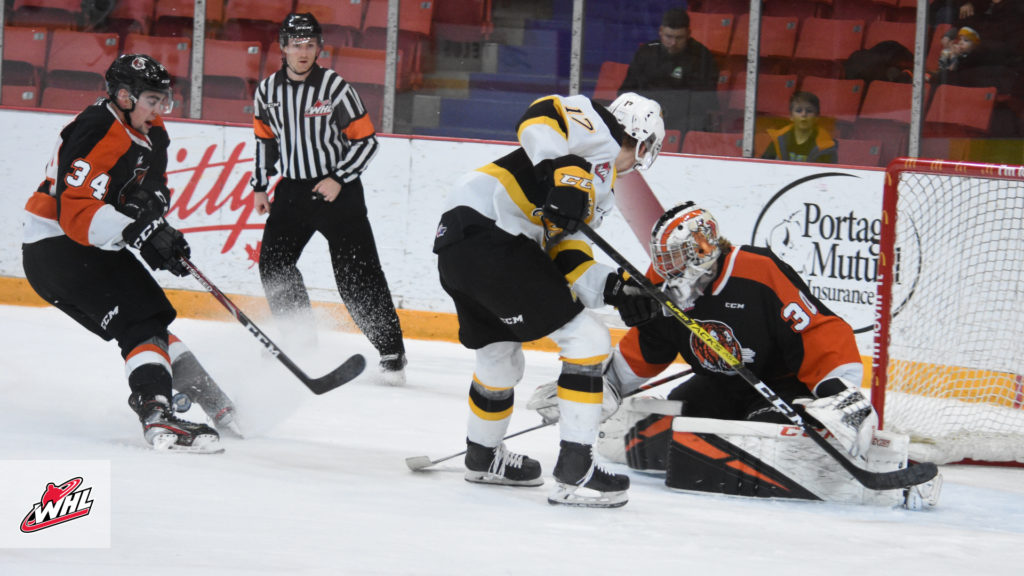 Three exciting games occupied the Western Hockey League’s schedule of action for Tuesday. In Brandon, the Wheat Kings kept the good times rolling as they earned their fifth-straight win on a literal last-second goal by 2020 NHL Draft prospect Ridly Greig. In northern Saskatchewan, the Prince Albert Raiders and Red Deer Rebels combined for five goals in the third period alone before Arshdeep Bains won the game in overtime. South of the border, the Portland Winterhawks extended their undefeated in regulation streak to 13 games with a win over the Spokane Chiefs that was powered by Jaydon Dureau and 2020 NHL Draft prospect Seth Jarvis. 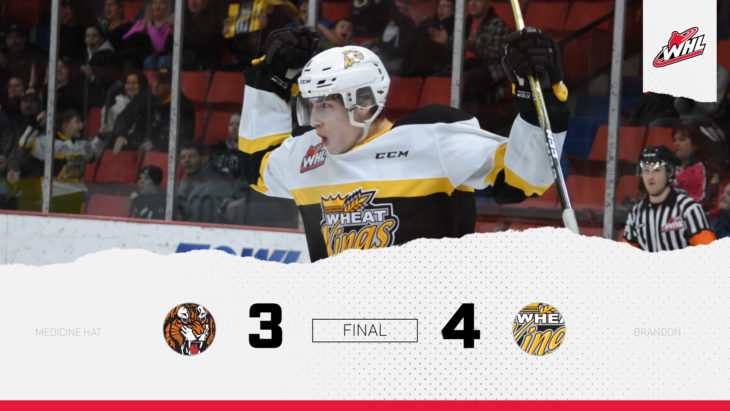 2020 NHL Draft prospect Ridly Greig scored his second goal of the game in the final second of regulation Tuesday as the Brandon Wheat Kings topped the Medicine Hat Tigers by a 4-3 score.

Cole Sillinger had the only goal through 20 minutes, but Luka Burzan (Colorado Avalanche) tied up the game early in the second. Corson Hopwo would re-establish the one-goal lead for the Tigers heading to the third period, but the Wheat Kings came ready to strike in the final period.

Goals by Ty Thorpe and Grieg’s first of the contest came in a 51-second span, forcing Noah Danielson to respond late to tie up the game. With things seemingly destined for overtime, a last-gasp play saw Greig take the puck hard to the Tiger net, with the puck ricocheting off the skate of a Tiger defender and into the back of the net.

Jiri Patera (Vegas Golden Knights) stopped 44 of 47 shots to earn his 12th victory of the season. 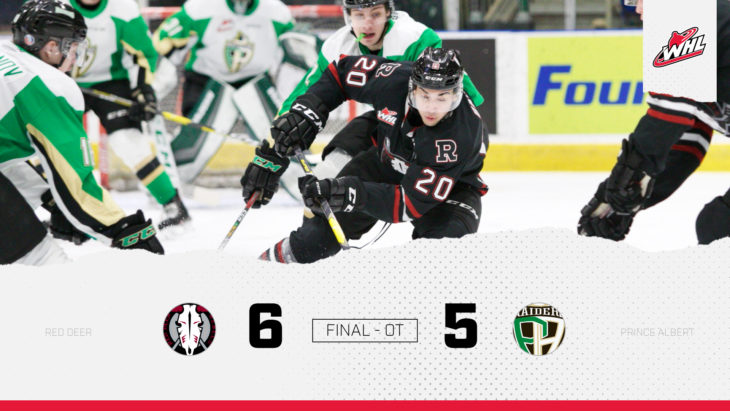 Arshdeep Bains scored 2:45 into overtime Tuesday, lifting the Red Deer Rebels to a wild 6-5 overtime victory on the road against the Prince Albert Raiders.

Through 40 minutes of relatively calm action, the Raiders held a 3-2 lead thanks to goals by Jeremy Masella, Spencer Moe, and Evan Herman with 2020 NHL Draft prospect Christoffer Sedoff and Chris Douglas responding for the Rebels.

In the final 20 minutes, the two teams combined for five goals in a wild frame. Josh Tarzwell, the first of the night from Bains, and Ethan Sakowich all featured for the visitors in an 11:16 span of gameplay to make it a 5-3 contest. However, the Raiders would rally with goals by 2020 NHL Draft prospect Ilya Usau and Justin Nachbaur to even up the game.

Taking over control of the puck in the offensive zone from captain Dawson Barteaux, Bains charged in on net and buried the game-winning goal to close out the contest.

Ethan Anders stopped 30 of 35 shots to take the win. 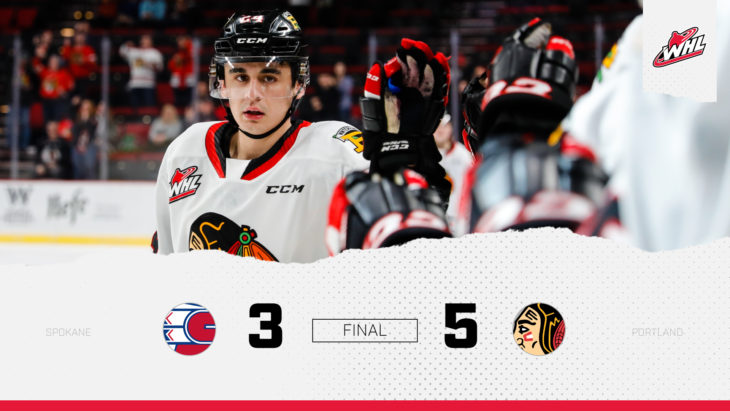 The Portland Winterhawks extended their undefeated-in-regulation streak to 13 games Tuesday with a 5-3 win against the Spokane Chiefs.

2020 NHL Draft prospect Seth Jarvis had a goal and four points while Jaydon Dureau scored twice in the winning effort to complete a three-point performance.

Cordel Larson opened the scoring, but goals by captain Johnny Ludvig, Reece Newkirk (New York Islanders), Dureau, and Jarvis made it a 4-1 game late in the second. Eli Zummack would cut the deficit to two through 40 minutes, but the Chiefs were unable to gain ground in the third as 2020 NHL Draft prospect Jack Finley and Dureau traded goals.