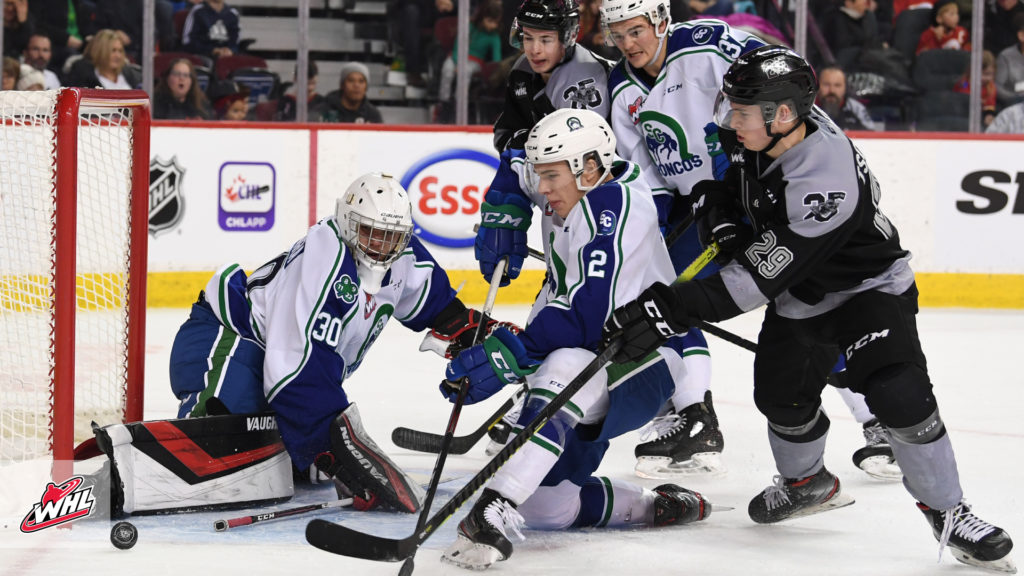 Sunday’s Western Hockey League action featured a pair of games on the schedule with Eastern Conference teams came out on the winning end both times. In a Central Division showdown, the Calgary Hitmen used a three-goal second period to defeat the Swift Current Broncos. South of the 49th parallel, the Regina Pats scored three times in the third period to double up the Everett Silvertips as they continued their road trip of the U.S. Division. 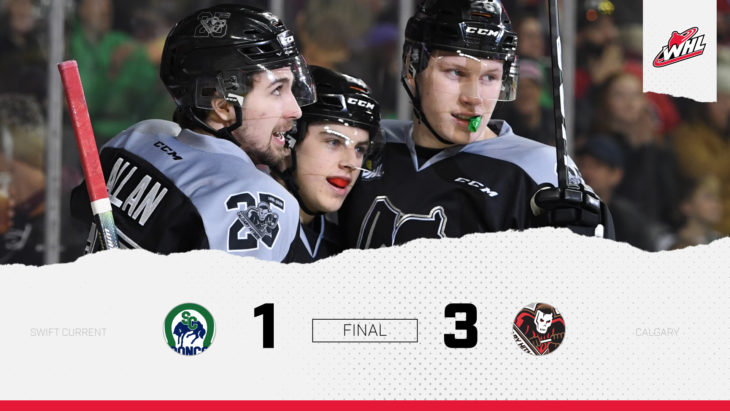 The Calgary Hitmen improved to 6-3-1-0 in their previous 10 home games Sunday, topping the visiting Swift Current Broncos by a 3-1 score.

Sunday’s offensive contributions all came in the second period as Orca Wiesblatt, Blake Allan, and newcomer Connor Gabruch scored in a 5:03 span of game play. Allan finished with a goal and an assist in the contest, notching the game-winning goal, while five other Hitmen skaters recorded a single assist.

Near the midway point of the third period, Jaxan Kaluski broke up the Hitmen’s shutout bid with his 11th goal of the season.

Earning the win between the pipes, Brayden Peters made 24 saves. 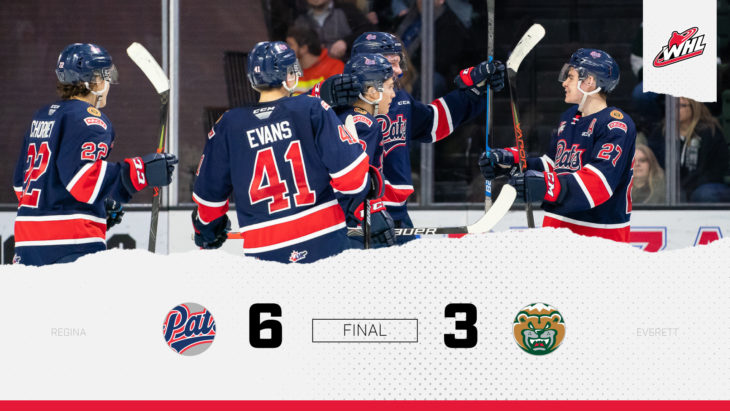 The Regina Pats took down one of the Western Conference’s top teams Sunday, earning a 6-3 win against the Everett Silvertips to continue their road trip through the division.

Nikita Sedov paced the Pats with four assists in the contest while Drew Englot’s ninth goal of the season stood up as the game-winning goal.

In the second, the Pats went ahead early on with goals by Carson Denomie and Riley Krane in a 63-second span. Jake Christiansen would bring the Silvertips within a goal, scoring his ninth of the season midway through the middle frame.

The Pats burst the game open for good in the early part of the third as Englot and Robbie Holmes scored in a 41-second span. Jackson Berezowski and an empty-net goal from Pats captain Austin Pratt featured in the final half of the third.

Picking up the win, Donovan Buskey stopped 36 of 39 shots.