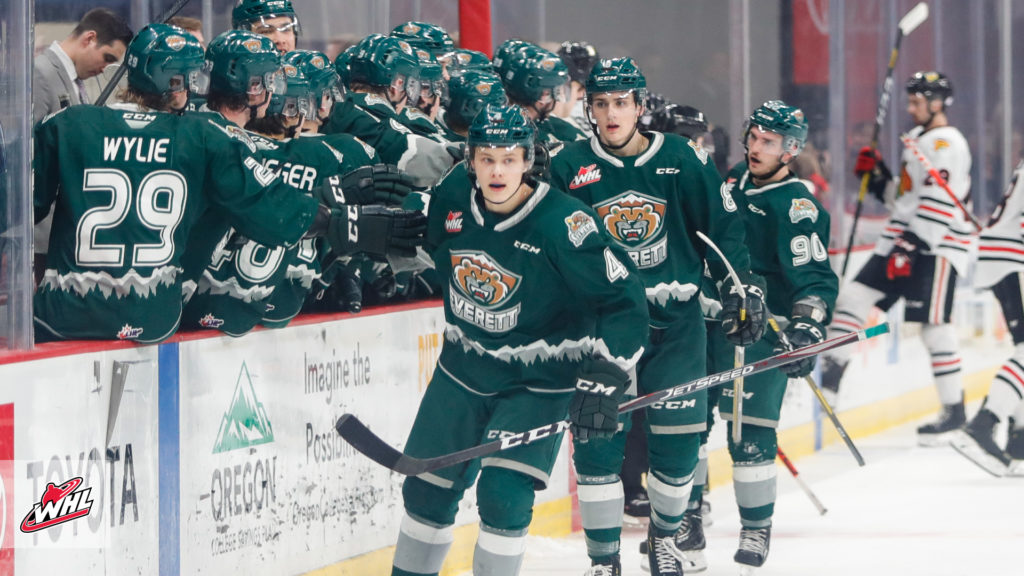 A light three-game schedule of action closed out the weekend in the Western Hockey League Sunday. In the lone Eastern Conference meeting on the schedule, captain Austin Pratt lifted the Regina Pats to a 4-3 overtime victory against the Brandon Wheat Kings. The Prince George Cougars gave their playoff hopes a shot in the arm with a 2-1 overtime victory against the Seattle Thunderbirds. In Oregon, the Everett Silvertips continued their hot play of late, taking down the Portland Winterhawks by a 6-2 score. 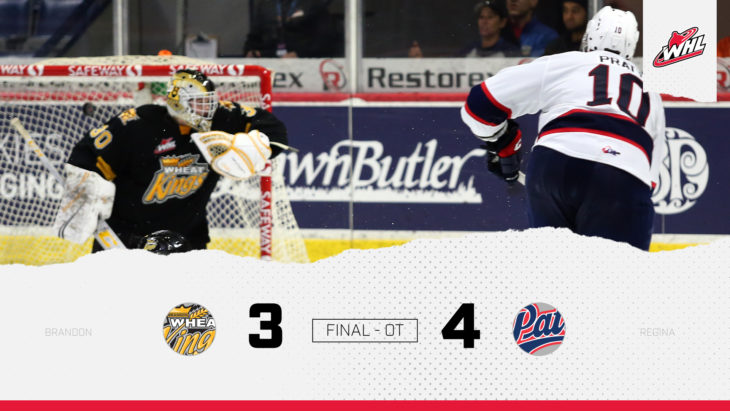 Less than 24 hours after falling in overtime, the Regina Pats bounced back with an overtime victory of their own, topping the Brandon Wheat Kings 4-3 in the Queen City.

Looking for the equalizer in the third, Carter Chorney scored with 3:43 left in regulation before captain Austin Pratt ended the game 2:13 into the extra frame.

Donovan Buskey made 31 saves to earn the victory. 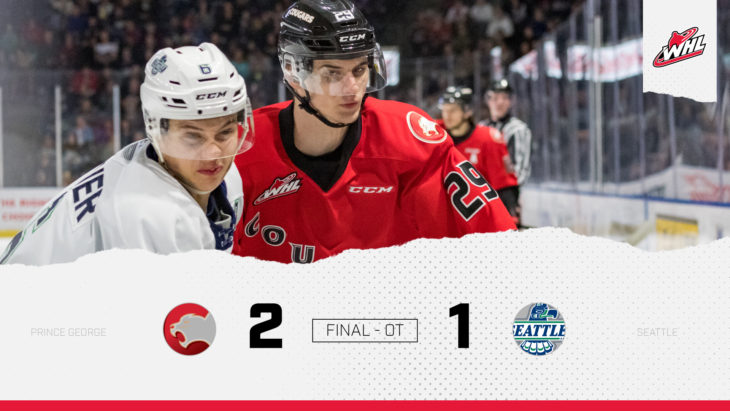 Captain Josh Maser scored in the final minute of overtime Sunday as the Prince George Cougars earned a 2-1 victory against the Seattle Thunderbirds.

Following a scoreless first period, Vladislav Mikhalchuk scored for the Cougars in the second and Jared Davidson tied up the game in the third for the Thunderbirds.

Ryan Schoettler picked up both primary assists for the Cougars while Mikhalchuk assisted on the game-winning goal for a multi-point night.

2020 NHL Draft prospect Taylor Gauthier made 25 saves on 26 shots to earn the win. 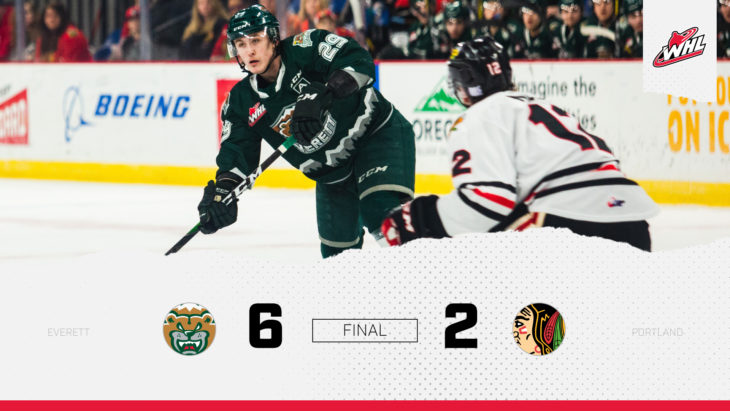 In a battle between the top two teams in the WHL’s Western Conference, the Everett Silvertips came out ahead with a 6-2 win against the Portland Winterhawks.

Everett burst out of the gate with goals in the first period by 2020 NHL Draft prospect Gage Goncalves, Cole Fonstad (Montreal Canadiens), and captain Bryce Kindopp. Ethan Regnier then made it a 4-0 game through 40 minutes to favour the visitors.

Kishaun Gervais converted on an odd-man rush to break up the shutout bid in the third, but Brendan Lee and 2020 NHL Draft prospect Kasper Puutio scored to keep the Silvertips comfortably ahead. Winterhawks’ captain Johnny Ludvig closed out the game with his 17th goal of the season.

Dustin Wolf (Calgary Flames) shone brightly with 35 saves on 37 shots. From the blue line, Jake Christiansen and Wyatte Wylie (Philadelphia Flyers) each potted a pair of assists in the win.