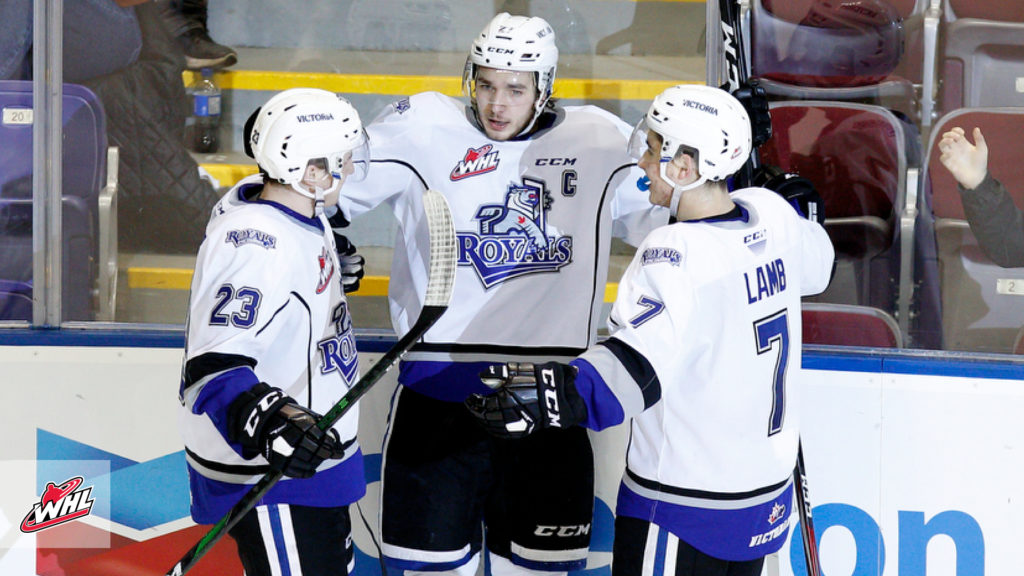 Both games on the Western Hockey League schedule Tuesday featured game-winning goals by players from Denmark. In Medicine Hat, Jonathan Brinkman scored the opening goal of the game and fellow countryman Mads Søgaard collected a 24-save shutout as the Medicine Hat Tigers silenced the Regina Pats by a 7-0 score. On Vancouver Island, the Victoria Royals received three goals in the third period, including a pair from captain Phillip Schultz, to claim a 3-1 win against the visiting Red Deer Rebels. 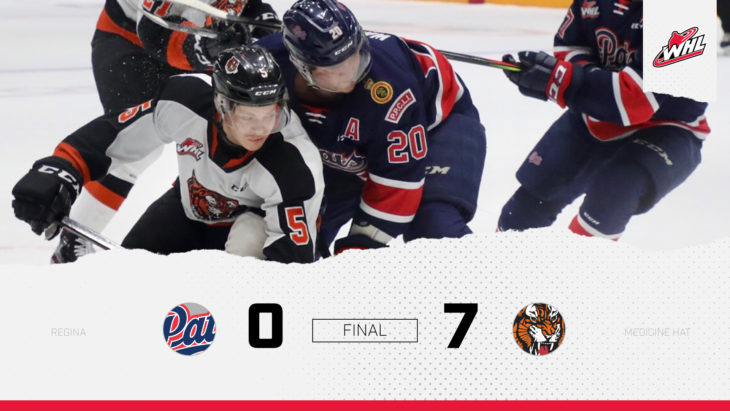 The Medicine Hat Tigers scored four times in the second period Tuesday en route to a 7-0 win against the Regina Pats at the Canalta Centre Tuesday.

Jonathan Brinkman’s 10th goal of the season featured as the only goal of the opening period, eventually standing up as the game-winning goal.

In the middle frame, the Tigers added goals by captain James Hamblin, Parker Gavlas, Elijah Brown, and Brinkman’s second of the night to push the score to 5-0 through 40 minutes. Ryan Chyzowski added a pair of goals in the third period.

Mads Søgaard (Ottawa Senators) stopped all 24 shots sent his way throughout the game for his third shutout of the season and the sixth of his WHL career.

Brett Kemp and Dylan Plouffe each tallied a pair of assists in the victory. Brown added a pair of helpers for the three-point night. 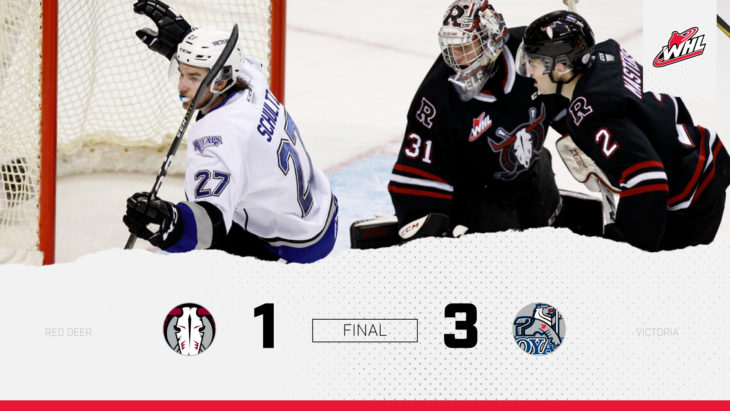 Featuring a pair of goals from captain Phillip Schultz, the Victoria Royals tallied three-unanswered goals in the third period Tuesday to top the Red Deer Rebels by a 3-1 score.

A goal from 2020 NHL Draft prospect Ben King had the visiting Rebels up 1-0 through 40 minutes.

Entering the final half of the third, Schultz scored twice in a 4:38 span to give the Royals the lead before Kaid Oliver added a late insurance goal.

Adam Evanoff posted a strong 37-save performance for the win. Gary Haden picked up a pair of helpers in the winning effort.