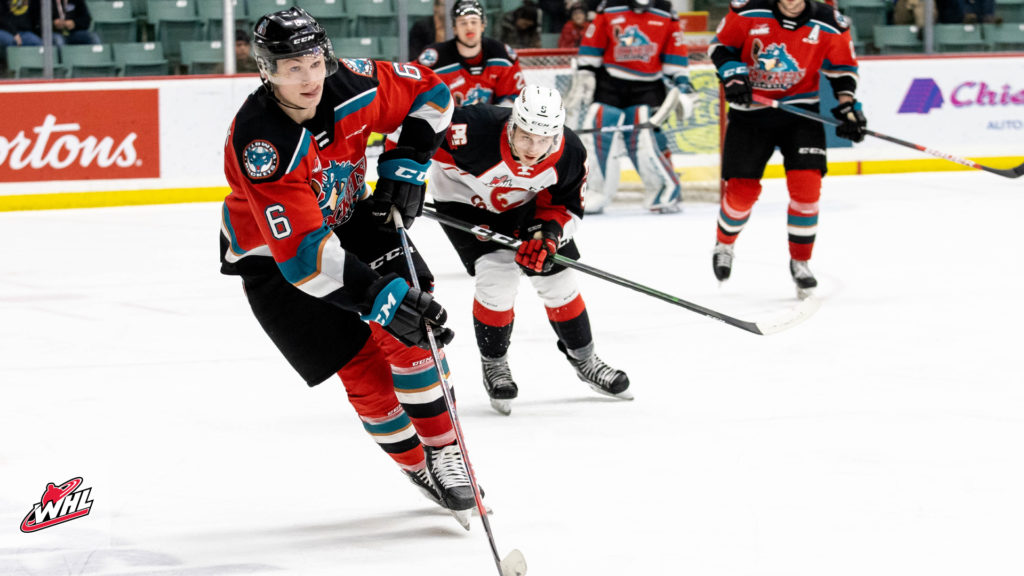 A pair of games featured in Western Hockey League action Tuesday. In their annual hockey hooky game, the Edmonton Oil Kings gave their younger fans more reasons to cheer with a 10-1 victory against the Winnipeg ICE. In British Columbia, the Kelowna Rockets fended off a late charge from the Prince George Cougars as they claimed a 5-4 win in overtime. The result from the game in northern British Columbia resulted in the Victoria Royals becoming the 10th WHL team to secure a spot in the 2020 #WHLPlayoffs. 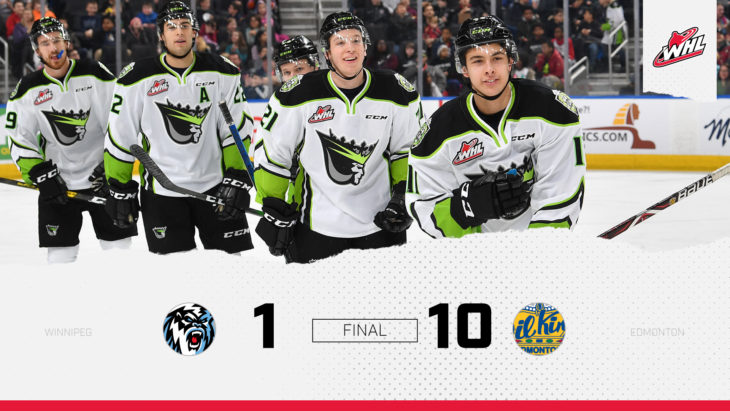 The Edmonton Oil Kings put on an offensive showcase for their hockey hooky crowd Monday, topping the visiting Winnipeg ICE by a 10-1 score.

Eight players recorded multi-point games, led by a hat trick and four-point performance from rookie Dylan Guenther. Guenther’s hat trick featured as part of a four-goal first for the Oil Kings, who also received a goal from 2020 NHL Draft prospect Jake Neighbours in the opening frame.

Sebastian Cossa stopped 17 of 18 shots for the win. 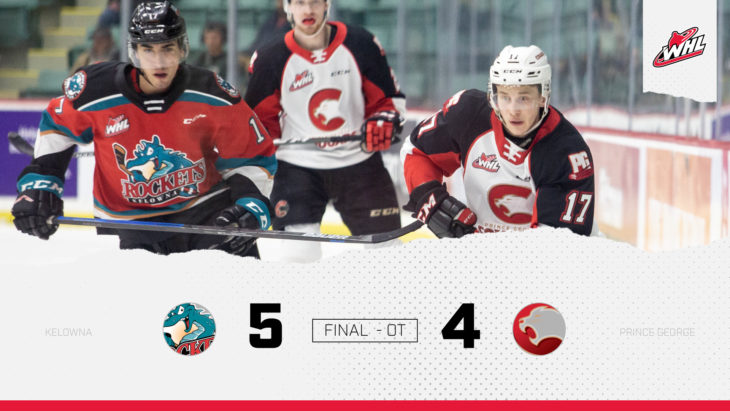 The Kelowna Rockets fended off a late charge from the Prince George Cougars Tuesday in northern British Columbia, topping their hosts 5-4 in overtime.

Dillon Hamaliuk (San Jose Sharks) connected with the back of the net after receiving a pass on the odd-man rush from Alex Swetlikoff.

A pair of defensive standouts traded goals in the first as Kaedan Korczak (Vegas Golden Knights) and Cole Moberg (Chicago Blackhawks) found the back of the net.

Matthew Wedman (Florida Panthers) potted the lone goal of the second to give the Rockets a 2-1 lead heading to the third. In the final period, Hamaliuk’s first of two on the night made it a 3-1 game before the Cougars charged back with a pair of goals by Connor Bowie.

2020 NHL Draft prospect Pavel Novak appeared to put the game out of reach with 2:19 left, but Filip Koffer tied the game 4-4 in the dying moments of regulation to send things off to extra time.

After some back-and-forth action, the Rockets would prevail on Hamaliuk’s second of the night.

Roman Basran made 20 saves to collect the win. 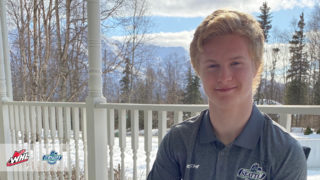