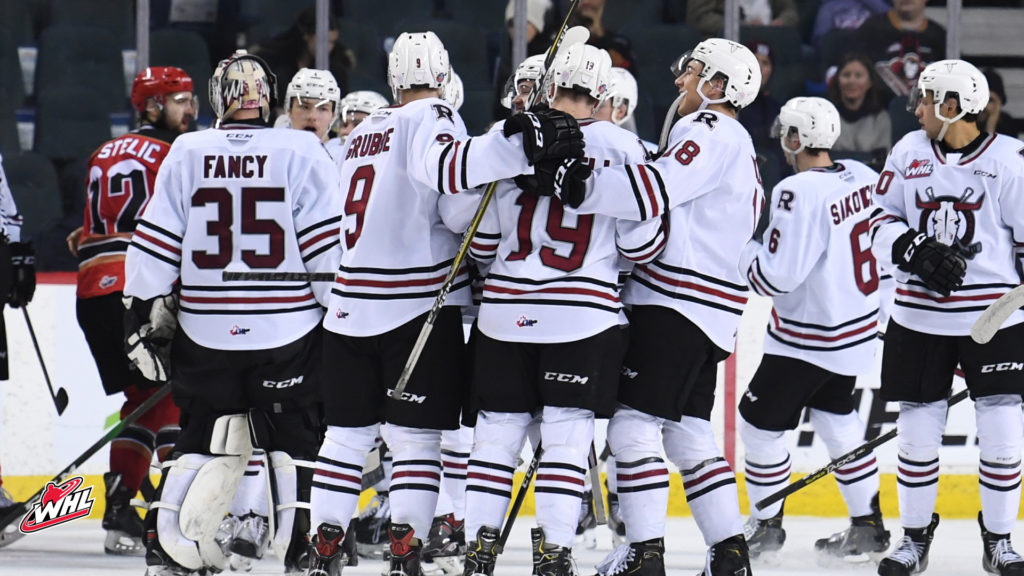 Sunday’s Western Hockey League action saw a pair of games take place inside the Wild Rose province. Starting in the provincial capital, the Edmonton Oil Kings continued to enjoy the friendly confines of Rogers Place, setting a season-high for goals scored in a single game on home ice as they beat the visiting Regina Pats. In Calgary, Vancouver Canucks prospect Carson Focht sent the teddy bears flying 94 seconds into the game, but the Rebels would have the last laugh with an overtime victory courtesy of Josh Tarzwell. Josh Tarzwell scored on an odd-man rush 2:13 into overtime Sunday as the Red Deer Rebels spoiled the Calgary Hitmen’s Teddy Bear Toss game with a 3-2 victory.

Carson Focht (Vancouver Canucks) scored 94 seconds into Sunday’s contest to send the cascade of stuffed animals onto the ice. That’d wind up as the only goal through 40 minutes. Riley Stotts (Toronto Maple Leafs) made it a 2-0 game 46 seconds into the third, but the Rebels were ready to respond.

Just 78 seconds after Stotts’ goal, Joel Sexsmith’s first-ever WHL goal cut the deficit in half. With 12:48 left in regulation, Cameron Hausinger tied up the game on his sixth of the season before Tarzwell completed the comeback in the extra frame.

Byron Fancy was solid throughout, finishing the game with 29 saves on 31 shots to earn the victory. 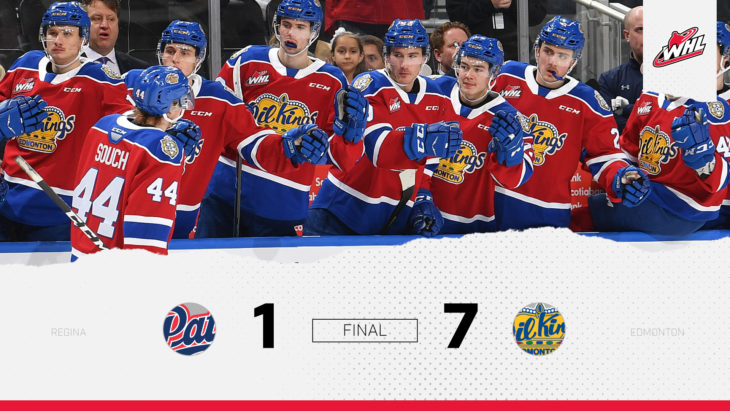 The Edmonton Oil Kings flexed their offensive muscles to the tune of a 7-1 victory Sunday at home against the visiting Regina Pats.

Spreading out their scoring, the Oil Kings found the back of the net twice in the first, three times in the second, and twice more in the third.

Jalen Luypen and Ethan McIndoe scored in the opening 20 minutes to put the Oil Kings ahead for good in the contest. 2020 NHL Draft prospect Carter Souch scored in the second with Robbie Holmes’ 11th of the season coming shortly after to break up the shutout bid.

Vladimir Alistrov and Dylan Guenther also scored in the middle frame while Luypen’s second of the game and Tyler Horstmann’s first of the campaign featured in the third period.

Sebastian Cossa stopped 32 of 33 shots to earn the victory.